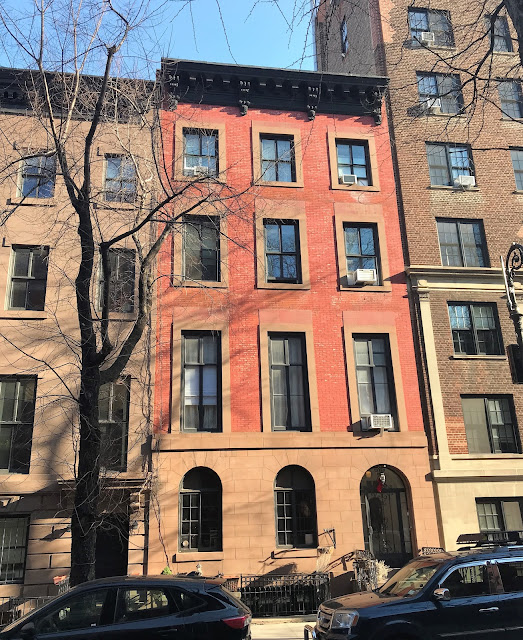 There has been much nonsense published regarding these girls, and not only themselves but their parents have been subjected to great annoyance by the daily journals, which endeavored to obtain pictures of them and their belongings...They are pleasant, well-mannered, but not really pretty girls, tall and slight in figure and graceful in movement. 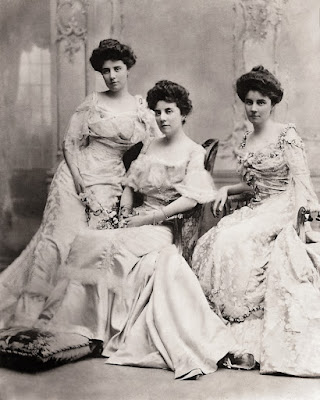 The Cryder sisters.  from the collection of the Southampton History Museum.
It would not be long before horrible tragedy affected the family.  Ogden Cryder, who was attending the Groton School in Massachusetts in 1901, had come home for the holidays.  On December 27, 1901, according to The New York Press, he was in a hurry to get home "in time for dinner, as some of his friends had been invited to dine with him."  As the 17-year-old stepped off a crosstown Eighth Street streetcar, he slipped.  The New York Times reported, "he fell under the wheels.  His left leg was crushed, both bones being splintered.  His right leg was seriously injured as well."
After he had been in St. Vincent's Hospital for four days, a drastic, last resort was decided upon.  "On Wednesday, Cryder was operated on, both legs being amputated.  After the operation he sank steadily."  He died at 10 o'clock the following night, January 2, 1902.
The New York Press reported, "The mother is almost heartbroken.  When the sad intelligence was conveyed to his three sisters, their grief was pitiable, and the family physician was summoned to care for the mother and her daughters."
Two years later, on May 25, 1904, The New York Press reported much happier news:

Cupid is doing a thriving business in the big, old-fashioned brick house of Mr. and Mrs. Duncan Cryder, in No. 43 West Ninth street, and as a result of the little pink god's pranks the Cryders announced yesterday the engagement of Miss Elsie Cryder to William Woodward, one of the most popular young men in New York society.  Miss Elsie is the second of the famous Cryder triplets to become engaged since Easter.

Edith had earlier become engaged to Lathrop Ames.  Their marriage in Trinity Church was scheduled for May 31.  The New York Press said, "Now the only one of the Cryders who is yet disengaged is Miss Ethel, and the gossips in the Knickerbocker neighborhood insist on coupling her name with that of Cyril Hatch, a young millionaire from Bro0klyn."  Ethel protested, saying, "It's quite silly to mention the name of Mr. Hatch in connection with mine."
In reporting on Elsie's engagement, the article noted, "The Cryder triplets flashed across the social horizon on March 11, 1900, when a dinner was given for the three beauties, each 18 years old.  They were pretty and charming and became the vogue at once.  As their mother is an Ogden, they were received in the heart of the best set."
On April 6, 1905 The New York Press reported that Clarence S. Moffett had purchased the Cryder residence.  The newspaper got the details wrong.  The buyer was, in fact, journalist, playwright and author, Cleveland Moffett.
Born in 1863, he had graduated from Yale College in 1883 and joined the staff of the New York Herald four years later.  During his time there, he was a foreign correspondence in Europe and Asia.  In 1893 he joined the New York Recorder.  He married Mary E. Lusk on February 11, 1899. 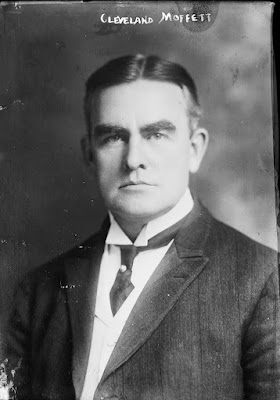 Cleveland Moffett.  from the collection of the Library of Congress
He had already contributed articles and stories to magazines and weekly newspapers by the time the couple moved into 43 West 9th Street.  But now he turned to writing plays, as well.  In 1904 he published Money Talks and in 1907 The Battle.
In 1911 the Moffetts leased the house to E. Ore, and the following year to Charles W. Darling, an attorney and, like Moffett, a graduate of Yale.
In 1914, upon the expiration of Darling's lease, Cleveland Moffett commissioned Pepe & Brother to alter the property into apartments.   It was possibly at this time that the brownstone detailing and the iron balcony were removed.  Among the Moffetts' tenants in 1917 was artist Edward Pierce Nagel.  Born in Revere, Massachusetts in 1893, Nagel's work was displayed at the exhibition of The Society of Independent Artists that year.  A graduate of Harvard, he was the stepson of sculptor Gaston Lachaise.  Nagel remained in his apartment here until around 1921. 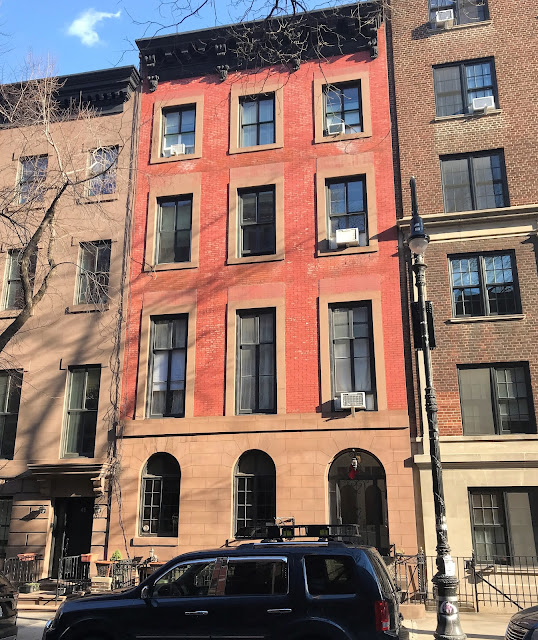 It is unclear how long the Moffetts retained possession of the house.  The exterior alterations, committed in an effort to modernize its appearance, leave the facade woefully less distinctive.  And yet, despite the architectural vandalism, the grandeur of the residence that was once home to one of New York's most storied social families is still apparent.
photographs by the author
no permission to reuse the content of this blog has been granted to LaptrinhX.com
Posted by Tom Miller at 1:00 AM