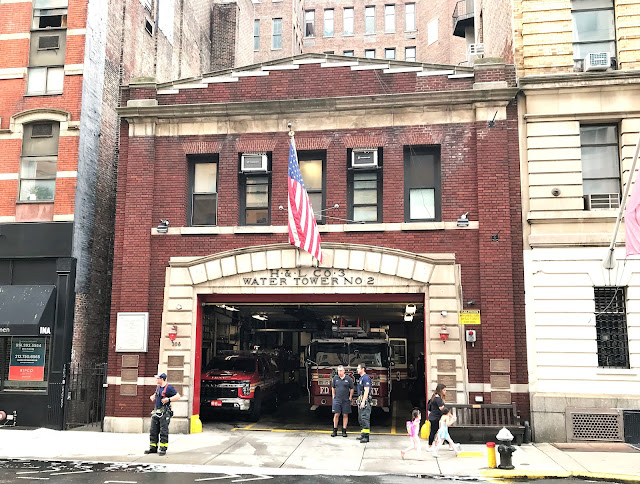 In the pre-Civil War years the volunteer Friendship Hook and Ladder Company, No. 12, operated from 78 East 13th Street (renumbered 108 East 13th Street in 1866).  In January 1865 a bill was introduced in the State Senate to establish a professional fire department.  The New York Times noted it "has created a great excitement in fire circles, and among the better class of firemen it is not very favorably received."  Nevertheless, the Metropolitan Fire Department was formed and in July 1865 the transfer of property of the volunteer houses to the department was documented. 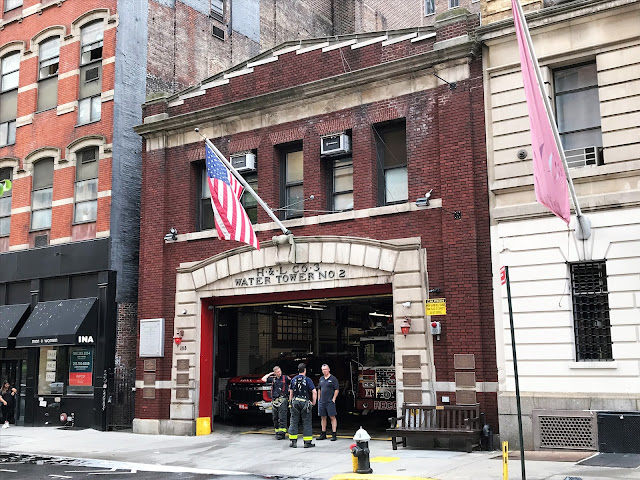 The company's heavily damaged firetruck was stored at JFK Airport for a decade, before being put on display at the 9/11 Memorial & Museum where it sits today.  The names of the hero firefighters are memorialized in bronze plaques on the exterior of 108 East 13th Street.
photos by the author
no permission to reuse the content of this blog has been granted to LaptrinhX.com
Posted by Tom Miller at 1:00 AM