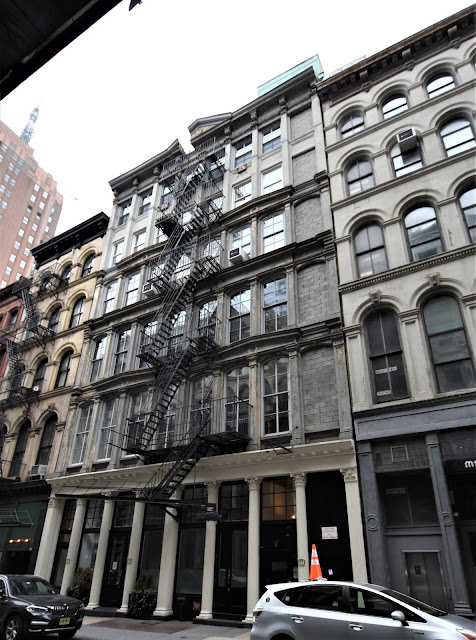 The last quarter of the 20th century saw a renaissance in the Tribeca neighborhood and in 1987 the Walker Street building was converted to loft dwellings.  Two years later the Azuma Gallery was operating from the ground floor.  And other than the disfigurement created by the fire escape that gouged a hole into the pediment, the dignified design of the venerable marble building shines through.
photographs by the author
Posted by Tom Miller at 1:23 AM