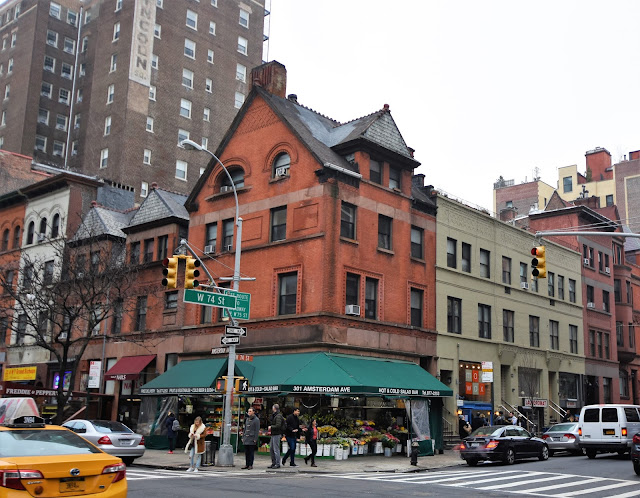 Like several firms, Lamb & Rich sometimes acted not only as the architects, but the developers as the new Upper West Side suburb took form.  Among the projects Hugh Lamb and Charles Alonzo Rich took on were the nine upscale homes that wrapped the northwest corner of West 74th Street and 10th Avenue (later renamed Amsterdam Avenue) in 1886.

The charming Queen Anne row was clad in brick and trimmed in brownstone and terra cotta.  The irregular roofline was a mountainscape of dormers and gables shingled in blue-gray slate tiles.  Stealing the spotlight was the corner house at No 169 West 74th Street.  It boasted openings framed in terra cotta with regimented fleur de lis decoration; a wide terra cotta frieze, and a storybook end gable with arched windows (one with an eye-catching bowed sill) and crosshatch design executed in brick. 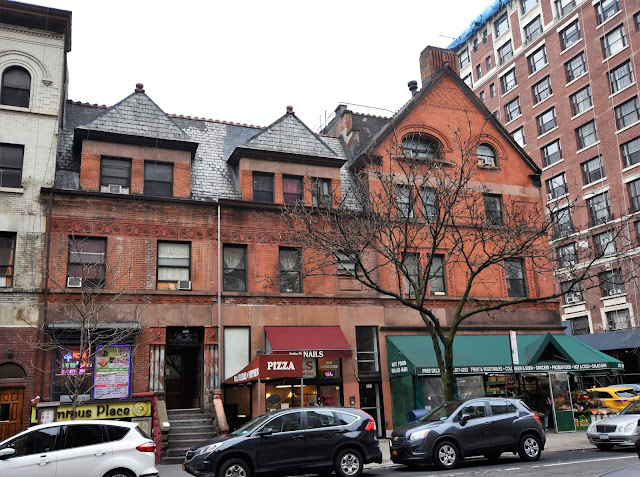 The Sanitary Engineer reported on March 11, 1886, that each of the dwellings cost "about $14,000," in the neighborhood of $365,000 today.  No. 169, larger than the others and with sunlight on two sides, would have demanded a higher end cost than its neighbors.

The late 19th century saw the rise of a movement of self-help and independence for women.  Settlement houses held classes that trained indigent women in skills--like needlework--to augment their families' incomes.  Other groups provided an outlet for women to sell their homemade goods.

Among the latter was the West End Exchange and Industrial Union, organized in March 1896, with the goal to "instruct, encourage and aid women to self-support."  The exchange started at No. 380 Amsterdam Avenue, at the corner of 78th Street; but, as What Women Can Earn noted in 1898, "The work of the Exchange increased rapidly from the start."  That rapid increase demanded larger space.

In 1899 the Exchange relocated to No. 169 West 74th Street.  Women who brought their goods to the Exchange to be sold received "prompt weekly payments."  They were charged a $3 annual fee and a commission of 10 percent.

What Women Can Earn explained "The work is divided into several departments...In the domestic department are always to be found fresh bread and rolls, a great variety of home-make cakes, pie, preserves, candy and delicacies for the sick, all carefully prepared and submitted to the Approval Committee before being offered for sale."  The Fancy Work department offered hand-painted china, "tally and menu cards," embroidery, infants' and children's' clothing, and other handwork. 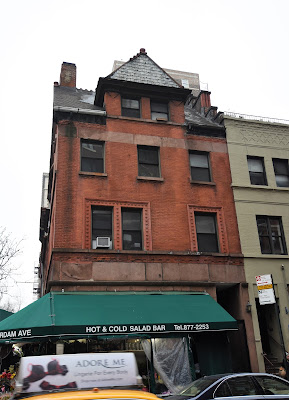 The Exchange doubled as an employment bureau, where "trustworthy servants" could be interviewed by prospective employers.  The applicants were thoroughly pre-screened and their references checked by the Exchange. The entire neighborhood was invited to use the free circulating library in the building.

As the Christmas season of 1903 approached, The New York Times reminded shoppers to stop by the Exchange.  "In the domestic department are always to be found excellent home-made bread, rolls, cakes, table dainties, and delicacies for the sick.  In the fancy work department almost everything in the line of women's work is display.  The assortment of Christmas goods promises to be very fine."
By now the number of managers had risen from its original 15 to 25.

The West End Exchange and Industrial Union had added another department, as well.  According to The New York Charities Directory, there was now "a Bureau of Information where the addresses of teachers, dressmakers, trained nurses, hairdressers, and other branches of women's work may be obtained."


The Exchange relied on donations and benefit events to maintain operations.  On December 28, 1913, for instance, the New-York Tribune announced "A special matinee of 'Prunella' will be given at the Booth Theatre, 45th street...under the auspices of the junior auxiliary of the West End Exchange, No. 169 West 74th street, which is maintained to aid self-supporting women."

In the meantime, upper rooms were leased as extra income.   Louise Fowler Parker had her studio in the building in 1913.  She advertised herself as "teacher of singing in all its branches."

By the end of World War I women had made enormous strides in the workplace.  Department stores, millinery shops, and restaurants hired female employees; and business offices--once impenetrable male domains--now saw women "typewriters" (later termed secretaries), receptionists and telephone operators.   It was no longer necessary to bake pies or knit booties to make a living.

The West End Exchange and Industrial Union found itself suddenly irrelevant.  On May 3, 1920 the New York Herald announced that the Exchange "closed its doors on Saturday because increasing prosperity among some classes of persons has made a certain kind of charitable effort in New York unnecessary."


The house was purchased by sisters Catherine and Bee Mulligan of the Charlotte Cafeteria.  Within a month of the Exchange moving out, Ida C. Bailey Allen, "editor, lecturer and writer," rented the entire building for Mrs. Allen's School of Good Cookery.   The New-York Tribune, on May 28, advised "The building will be extensively altered to contain an auditorium, lecture room, demonstrating rooms, offices and apartments, with large electric display sign on the roof."

Ida Allen's extensive renovations may have been responsible for rapid failure of her school.  Auctioneer C. E. Smith advertised the entire contents of No. 169 West 74th Street at public auction on July 15, 1921.  Everything from the typewriters in the office, the "porcelain topped kitchen tables" in the classrooms, to the brass bedsteads in the upstairs apartments were sold.  The advertisement noted "Immediate Removal."

A renovation to the building was completed in 1923; and the upper floors were rented as makeshift apartments.  They drew some questionable tenants during the Depression years. 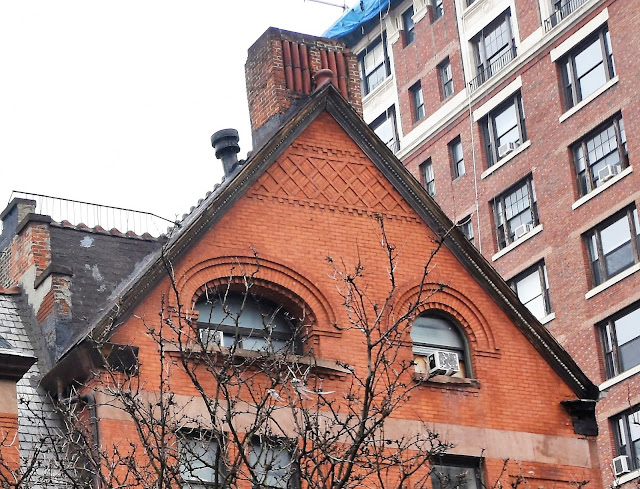 Max Weisbaum lived here in 1936.   He and 19 of his cronies, including one woman, were arrested on April 27 that year for making and selling metal slugs.  Undercover detectives had followed the crooks for two weeks gathering evidence.  The New York Times explained that their racket had cost the New York Telephone Company, a restaurant chain and three subway systems "about $400,000 through the use of metal slugs in coin boxes" during the preceding year.

The fake nickels were favorites for use in the subway and the Horn & Hardart automat restaurants.  According to detectives, the slugs were sold "at 75 to 85 cents a pound, with the nickel imitations at a ratio of six for five cents."

Nicholas Karter lived in the building at the time.  When the Beauty Shop Union went on strike in October that year, Karter was on the picket lines in front of Marion's Beauty Parlor on East 170th Street.  Workers were demanding a 44-hour week, a $30 minimum weekly wage for men, $22.50 for women, and a week's paid vacation.

Striking union workers in the first decades of the 20th century were often violent.  So when Patrolman Joseph Leonhard tried to limit the picketers in front of Marion's Beauty Parlor to one at a time on October 21, Nicholas Karter responded by striking and kicking the officer.  He was arrested and held on $500 bail awaiting a hearing two weeks later.

In 1942 No. 169 West 74th Street was converted to two apartments per floor above two stores on street level.  At some point the terra cotta frieze was lost, as were the handsome slate shingles.  Despite the abuse, the quaint house with its delightfully mismatched windows on the avenue and its prominent dormer on West 74th Street still commands attention.