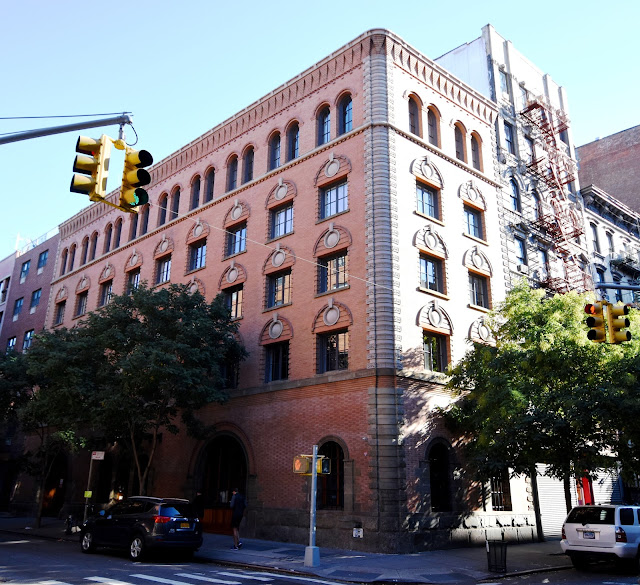 P. A. Fogarty was active in the real estate development business in the 1880s; most often constructing tenement buildings on the Lower East Side.  Following his death, his estate continued his business and in the summer of 1895 bought the property at No. 11 Spring Street, on the northeast corner of Elizabeth Street.

The neighborhood around Spring and Elizabeth Streets was part of the "Italian District."  For years Koop's Hotel had stood on the corner, but now the Fogarty Estate demolished the old building and commissioned the firm of John B. Snook & Sons to design a five-story multi-purpose building on the site.

Architect John Butler Snook was well known for his cast iron buildings throughout the district which would later be called Soho.  His best-known structure, however, was the old Grand Central Depot, the vast French Second Empire pile completed in 1871.  When three of his sons, James, Samuel and Thomas, joined him in 1887, his business name was changed to John B. Snook & Sons.

Plans for the Spring Street building were filed in August 1895.  The lower floors housed a stable and the uppermost floors held apartments.  The plans projected the building costs at $15,000--about $437,000 in 2016. 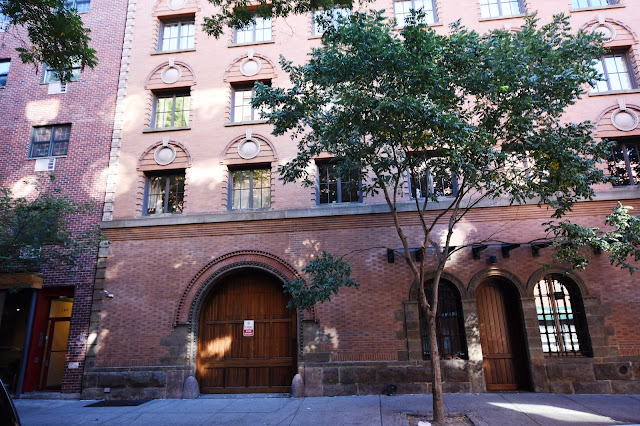 The curved, rusticated corner of the building was clad in stone at the base and terra cotta above.  The center portion of the tripartite design featured highly unusual quoined openings set deeply within blind arches decorated with bands of brick and terra cotta rondels.  Pairs openings along the fifth floor evoked an arcade.  The cornice was supported by sharply-triangular brick corbels.

Life in the Italian District was difficult.  It was made even more so when anarchists terrorized the city in the first years of the 20th century.  Groups like the Black Hand focused on Italian businessmen, and in the first 10 months of 1913 alone there were 125 bombings, including six on Elizabeth Street and one on Spring Street.

Among these was the bomb placed in the basement steps at No. 187 Elizabeth Street directly opposite Fogarty's stable building, on July 20.  Police reports noted "basement occupied by Rosario Lombardo as a pool room."  "Pool room" was the term for an illegal horse betting operation.

On April 6, 1917 the United States entered World War I.  Among the patriotic young men who joined the Army that year was Italian immigrant Collagero Sabella who lived upstairs at No. 11 Spring Street.


That year, on Tuesday, May 29, auctioneer Joseph P. Day offered "the holdings of the estate of P. A. Fogarty."  For sale that day were eight tenement buildings and "the stable at 11 Spring street."  The Real Estate Record & Builders' Guide reported a week later that "The sale was well attended, with outside buyers figuring prominently in the bidding."  The buyer of No. 11 Spring Street, however, was by no means an outside buyer. 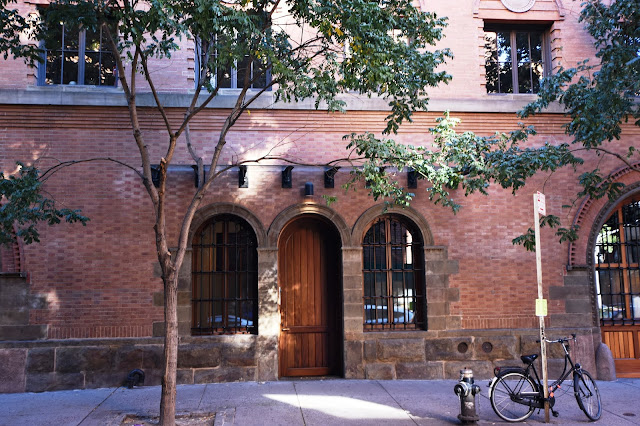 Throughout most of the 20th century the unlikely Italian palazzo saw a variety of uses; and through the years gathered a coating of soot and grime which turned its beige brick a near black.  In the 1970s, as Soho was in the first stages of rebirth, it was purchased by theatrical set designer John Simpson.  Somewhat eccentric and reclusive, he lived in the sprawling building alone, tinkering with mechanical inventions and placing candles in the upper floor windows--creating a rather spooky look to the dingy, hulking edifice.

In the meantime, street artists covered the ground floor with art.  Some graffiti artists reportedly came from other countries to add their touches--including stencils and posters--to the unofficial street gallery.

In 2003 Lachian Murdoch, son of media mogul Rupert Murdoch, purchased No. 11 Spring Street for approximately $5.25 million.  His announced intention was to convert the neglected building to a lavish private home which could include, among other modern amenities, a lap pool.  Instead the building sat vacant and in 2005 Murdock and his family returned to Australia.

He listed the property at $14.75 million in 2006.  A three-year conversion resulted in a duplex apartment on the first and second floors, one sprawling apartment on the third, and a triplex on the fourth through penthouse (invisible from the street). 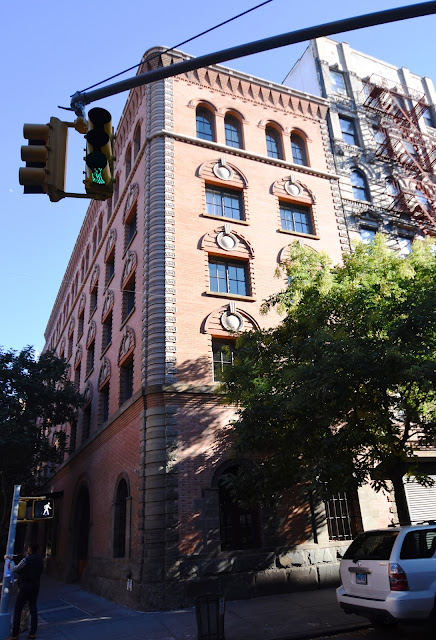 After years of abuse the Fogarty stables building emerged beautifully restored.  And despite the revitalization of neighborhood, it still looks a bit out of place, as it did in 1895.

photographs by the author
Posted by Tom Miller at 12:49 AM