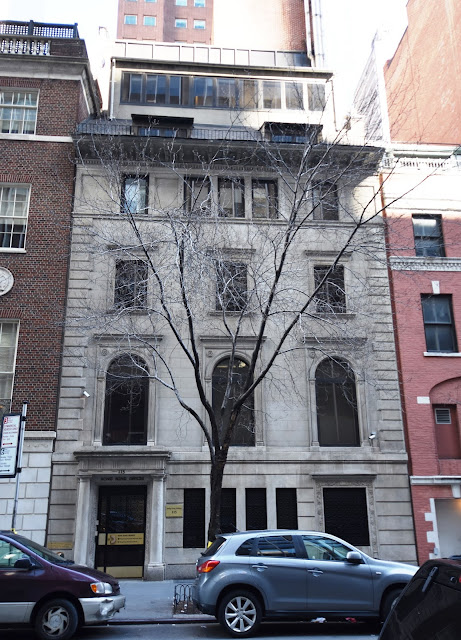 Bayard Dominick was, as was sometimes said, “well born.”  His father was founder and senior member of the brokerage firm of Dominick and Dominick; and had attended the exclusive preparatory school, St. Paul’s, in Concord, New Hampshire before heading off to Yale.

Dominick’s lineage in America stretched back to French-born George Dominique in 1742.  His grandfather, James William Dominick, had married Phoebe Cock.  It was in the house of her father, Major James Cock, that Major John Andre was imprisoned the night before his execution.

In 1894, the year that Bayard Dominick was graduated from Yale, Thomas B. Taylor announced the engagement of his daughter, Florence Juliette.  The Taylor family lived in handsome four-story brownstone rowhouse at No. 115 East 54th Street.  Two blocks east of “Vanderbilt Row” on Fifth Avenue, the street was lined with similar upscale residences.

That year Dominick began working in his father’s firm, and in 1896 he was made a member of the New York Stock Exchange.  One year later he became a junior partner in Dominick and Dominick.

Fascinated with exploration and with the personal funds to act upon it, Dominick organized a hunting safari of several months to East Africa in 1909 (beating the well-publicized Theodore Roosevelt expedition, sponsored by the Smithsonian Institution, by several months).  The New-York Tribune later described “The walls of the Broadway office of the firm of Dominick & Dominick…are crowded with trophies of African big game hunts.”

On September 5, 1917 Dominick married Alice Wait Hoyt.  Bayard sold his four-story house at No. 22 West 51st Street and the newlyweds leased the house near the former Thomas Taylor residence, at No. 119 East 54th Street for the winter season.  They apparently were comfortable on the block.

In May 1919 Dominick purchased No. 115 East 54th Street and three days later bought No. 117.  The New-York Tribune noted “the new owner will reimprove with an American basement residence for his own occupancy.”

Within the month architect William F. Dominick (a relative of Bayard) filed plans for joining and remodeling the old houses into a modern home. The $62,000 renovation (about $850,000 in today’s dollars) included stripping off the brownstone facades and removing the stoops, and a gut demolition and rebuilding.

The Dominicks’ decision to renovate on East 54th Street was surprising at best.  For a decade Manhattan’s wealthy homeowners had been fleeing northward as commercial buildings engulfed the neighborhood.  While renovations were being done on the Dominick mansion, other millionaires were doing similar projects far north in the Lenox Hill and Carnegie Hill districts.

While construction continued, and without a town home for the winter season; Bayard and Alice went to Palm Beach, Florida.  It turned out to be a good decision.  On March 16, 1920 the New-York Tribune reported on the bitterly cold weather in the north and pointed out the number of wealthy couples who fled to Palm Beach.   The Dominicks were joined not only by New Yorkers, but by the Olds family of Detroit, and the du Ponts of Wilmington among others.

Later that month the Tribune reported on Bayard Dominick’s sponsorship of a two-year expedition through the South Seas.   He backed the joint Bishop Museum and Yale University project with a gift of $40,000.  The “Bayard Dominick Expedition” garnered valuable ethnological information and would be the broker’s lasting scientific legacy.

The 54th Street mansion was completed in 1921.  Clad in limestone, the reserved Italian Renaissance structure was four stories tall below the attic level, where two dormers peeked shyly through the peaked roof.   The interior was decorated in a mixture of styles.   Bayard’s “trophy room,” crammed with the mounted heads of exotic beasts, was housed in a separate wing—perhaps the outcome of a compromise with Alice. 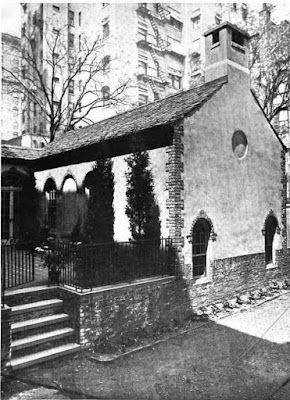 The Dominicks maintained a summer estate, Linden Farm, in Syosset, Long Island; and remained in the 54th Street mansion until the first years of the Great Depression.  By 1934 they were gone and No. 117 East 54th Street was home to banker Frank A. Vanderlip, former Assistant Secretary of the Treasury from 1897 to 1901.  His wife, the former Mabel Narcissa Cox (who went by her middle name), had been a fervent suffragist and was for 37 years the president of the New York Infirmary for Women and Children. 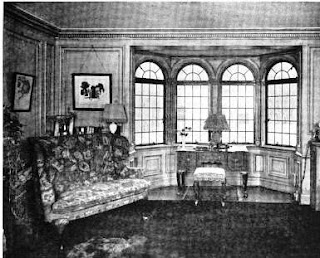 The Vanderlip’s 125-acre country estate, Beechwood, in Briarcliff Manor, New York, included a 100-room mansion; a hunting lodge; a second mansion erected for their daughter, Charlotte; a house for the family physician; and the Scarborough School, a progressive school established by the Vanderlips not far from the main house.

During the Vanderlip residency the 54th Street mansion was the scene of grand entertaining.  Narcissa Vanderlip was routinely involved in the Velvet Ball, an annual charity event of the debutante season.  Each year, before the ball, she hosted a dinner party for out-of-town debutantes and their guests.  Although Frank was assumedly present at these affairs; his sons Frank Jr. and Kelvin, co-hosted the dinners with their mother.

On January 30, 1937 the Vanderlips gave a dinner party in honor of their daughter, Narcissa, and son-in-law Julian Street, Jr.  It would be one of the last entertainments in the house for Frank Vanderlip.  Around June 15, he was admitted to New York Hospital with an intestinal ailment.  Two weeks later, on June 29, he died there at the age of 72.

Narcissa remained in the house for several years.  In 1939 she opened the gardens as part of a tour to aid a civic group.  “There the visitors saw an ingenious use of rhododendron bushes,” said The Times.  The newspaper took the opportunity to voice its complaint on urban pollution.  Its headline read “Sooted Gardens on Tour.”

The mansion, one of the last hangers-on in Midtown, finally surrendered to commerce.  In 1949 a conversion by architect James E. Casale resulted in an upscale restaurant and cocktail lounge on the first through third floors, and a single apartment above.  A fifth floor penthouse that could only be described as ghastly, was added at the time.

Casale described the Brussels Restaurant as “an authentic reproduction of Italian Provincial design” and the first floor cocktail bar as “modified Elizabethan English style.”  The original curved stairway with its wrought iron railings was preserved as the access to the second floor main dining room. 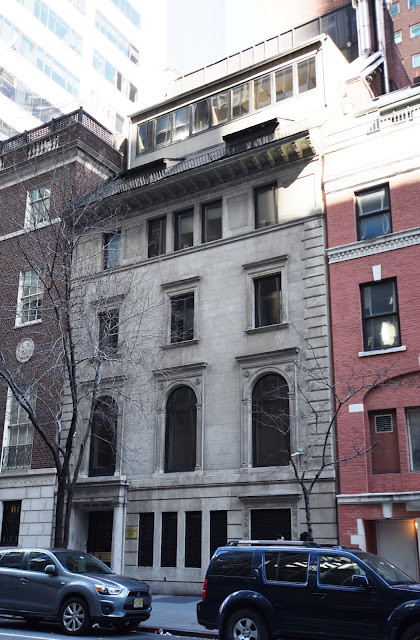 Albert Giambelli’s Brussels Restaurant would remain a Midtown destination until 1986 when the building was again converted to the banking offices of Banco de Comercio, with a single apartment on top floor.  Today the former mansion is home to the Hong Kong Association.  Other than replacement windows and the gruesome penthouse, little has changed on the exterior since the remarkable make-over of 1921.