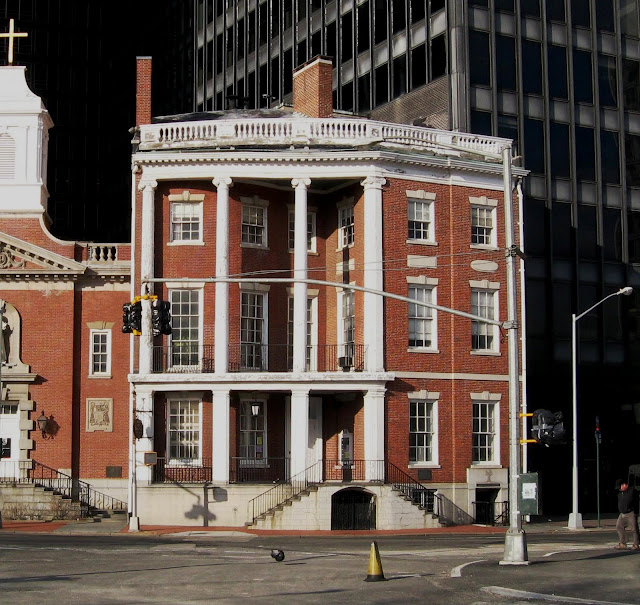 State Street, at the southern tip of Manhattan was lined with graceful Federal-style residences in the years following the American Revolution.  The cooling breezes off the harbor and the ability to watch ship traffic made the location ideal for the homes of the wealthy merchant class.  So it was here that James B. Watson commissioned John McComb Jr. to design his new home at 7 State Street in 1793.

McComb, who would become famous for designing landmarks like New York's City Hall and the Archibald Gracie Mansion, provided Watson with a superb merchant-class home worthy of his status.  Watson, a Yale graduate, was not only a successful importer and exporter, he was a New York State Senator, a Speaker of the New York State Assembly and a Federal Senator. 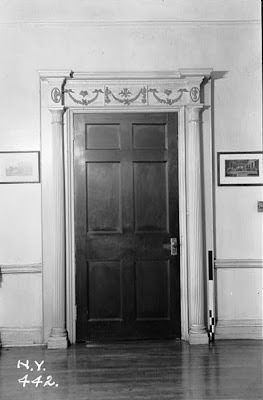 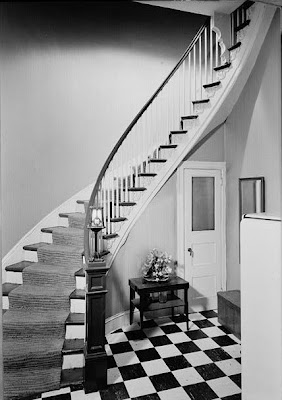 In 1806 Watson sold 7 State Street to Moses Rogers who joined it with the residence next door which sat significantly back due to the curve of the street.  In order to create a unified facade, a colonnaded portico was added using, reportedly, masts from his fleet of merchant ships which he was converting to steam power.

Later Richard Bayley moved his family into the mansion.  A reknowned physician and professor of anatomy at King's College, Bayley was socially important and a prominent member of nearby Trinity Church.  His daughter, Elizabeth, would grow up to marry William Mcgee Seton.  She was later canonized as the first saint of the Catholic Church in the United States.

By the middle of the century the affluent neighborhoods had migrated northward and commercial interests took over the once grand homes of State Street.  Beginning around the time of Civil War the Watson House served as government offices.

As the neighborhood continued to change, the venerable homes of State Street were, one by one, razed for office buildings.  Fortunately, through the efforts of Charlotte Grace O'Brien the Catholic Church purchased 7 State Street from the government in 1870 for the total sum of $1.00.  O'Brien, an Irish immigrant herself, was concerned with the plight of poor Irish immigrant women.  While these women were leaving Ireland for a better life in America, white slave traders were waiting for them as they debarked.  Without help, the girls were at the mercy of ill-intentioned criminals.

The Mission of Our Lady was established in the house.  As the girls arrived, they were taken to the Mission where they were housed and efforts were made to contact relatives.  If none could be found, they were placed into respectable homes as domestic servants.  By 1912 the Mission had helped more than 65,000 girls.

In April 1912 the survivors of the RMS Titanic arrived in New York Harbor.  Those from first class were whisked off to The Waldorf Hotel.  Those from steerage were sent to The Mission of Our Lady.

Interestingly, today the Catholic Church supports the complex from income garnered through the sale of air rights above the house and the adjoining church -- a tidy $6 million.

In the spring of 2010 restoration began on the facade under the direction of Easton Architects, LLP.  Seventeen coats of paint were removed from wooden trims to determine original colors.  It is the last surviving residence of the Federal Period in the Financial District.  The facade restoration brought the appearance of the structure approximately back Moses Rogers's 1806 alteration.