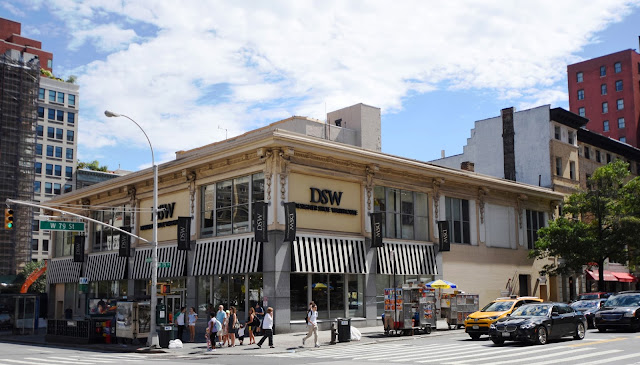 Robert E. Dowling was 48 years old in 1902.  He had opened his real estate office at Columbus Avenue and 104th Street in October 1885.  By now he was a real estate mogul, having co-founded the New York Realty Company and built the Sherman Square Hotel along with dozens of other Manhattan buildings.  In addition he was a director or officer in several corporations.

In April 1902 Dowling purchased the large property at the northeast corner of Broadway and 79th Street from the Blodgett Estate.  The developer paid a significant $175,000 for the plot—just under $5 million in 2016 dollars.

It would be two years before Dowling developed the site.  Early in 1904 he signed a 10-year lease with merchant Anton J. Spreter which, according to the New-York Tribune, “provides for the construction by Mr. Dowling of a modern and up to date department store building to cover the entire plot.”

Spreter had chosen the location wisely.  The new Broadway subway station had just opened directly across the street, providing easy access to shoppers.  His lease, which ran from September 6, 1906 to April 30, 1915, totaled $10,000 for the ground floor and basement.  Dowling would include a second story for additional rental income.

On December 14, 1904 the Tribune noted “The building will be one of the show buildings of upper Broadway.  Mr. Spreter will conduct his retail drygoods and department store business on the premises.”

By the time of the Tribune’s article construction was well underway.  Foundations were begun in October and the department store, designed by John H. Duncan, was taking shape.  Were it not for the fact that Dowling routinely used the services of Duncan, the choice of architects might have been surprising.  John H. Duncan was best known for designing mansions (in 1905 he would design Dowling’s own mansion on Riverside Drive); and for monumental works like Grant’s Tomb and the Soldiers’ and Sailor’s Memorial Arch in Brooklyn.

Spreter’s Department Store was completed by the fall of 1906.  Duncan’s design was as much plate glass as it was masonry.  Vast show windows on both floors allowed for abundant display as well as the admission of natural light.  A cast iron and glass storefront wrapped the corner, extending down 79th Street and along Broadway almost to the northern end of the building.  The upper floor and the northern entrance were clad in creamy terra cotta.  The deeply overhanging cornice was supported by scrolled and wreathed brackets.  Terra cotta bell flowers dripped down from each bracket onto the blank panels below. 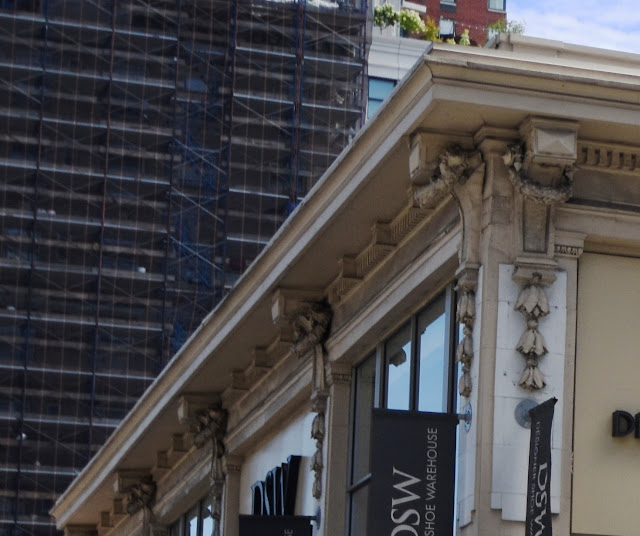 In December 1906 Dowling leased the entire second floor to Madame Yale “for the manufacture of toilet preparations.”  He sold the year-old building in November 1907 to Archibald D. Russell.  Unlike Dowling, the new owner would maintain ownership for decades.

Despite its 10-year lease, the Spreter Department Store was gone by 1913 when the Oliver A. Olson Co. department store took both floors.  Olson Company called itself “The Store of Service” and offered everything from apparel to furniture and draperies.

When Oliver Olson decided to expand the corset department and move it to the second floor in September 1917, the department’s manager, Miss Henry, searched out a new type of fixture “that would overcome the difficulties of proper display in the corset department,” according to The Corset and Underwear Review.

She convinced her employer to install what the journal deemed “the most modern and withal the most common-sensible method” of displaying corsets and brassieres.  The magazine reported “Leaving the elevator of the attractive store…the visitor steps directly into the corset department and is struck immediately by the attractiveness of its arrangement and display.”

Noting that the store was “located in the heart of one of the most exclusive residential districts of the city,” The Corset and Underwear Review mentioned that “Immediately adjoining the corset department is a most attractively furnished fitting room, where Miss Henry herself looks after the needs of those customers who desire to have their corsets fitted.”

Miss Henry’s customers could expect to pay from $3.50 and up for the latest in Spring corsets that year.

In May 1930 Louis Barnet resigned as executive vice-president of R. H. Macy & Co. and purchased “the business and good-will of Oliver A. Olson & Co., Inc.”  Now president of Olson & Co., Barnet immediately announced that he had signed a 21-year lease on the corner of 74th Street and Broadway as the new site for the department store.  After being a 79th Street fixture for 13 years, the department store was replaced by an F. W. Woolworth store.

On August 14, 1930 The Pittsburgh Press announced that the Woolworth Company had signed a 63-year lease on the two-story building “having a total rental of approximately $5,000,000.”  After renovating the store the Woolworth branch opened around November 1 that year.

Woolworth stayed on in the building that seemed nearly custom-made for the five-and-dime.  It was not until 1945 that the estate of Archibald Russell sold the structure for about $1 million to Frederick Brown.  He resold it five years later.

Following the expiration of the Woolworth lease, No. 2220-26 Broadway became home to a Filene’s Basement store.  It held a going out of business sale in 2011.  Today the low-rise department store building is home to a shoe store.  The cast iron and terra cotta ground floor has been annihilated in favor of insipid granite panels.  The second story, thankfully, survives mostly intact; a reminder of a time when female shoppers browsed among the latest styles in corsets. 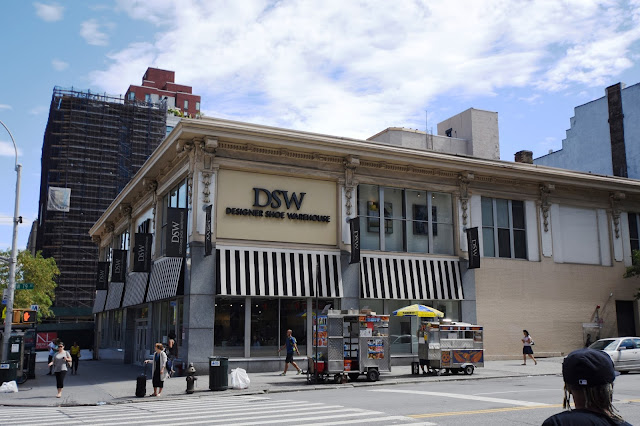