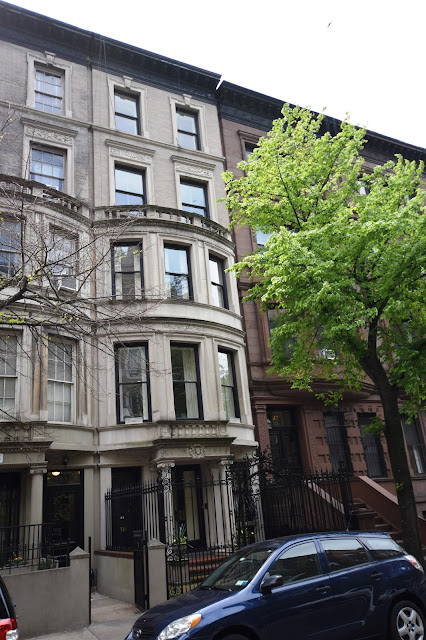 In 1897 construction was completed on a row of eight Renaissance Revival rowhouses on West 88th Street, between Central Park West and Columbus Avenue, stretching from No. 14 to 24.  Begun the previous year, they were designed by Gilbert A. Schellenger for the development firm George C. Edgar’s Sons.

Nos. 14 and 16 stood apart from their brownstone-fronted, high stooped neighbors.  The matching American basement homes (they were entered directly from the sidewalk level) were glad in gray brick and limestone.  Five stories tall, they featured elegant Ionic porticos, swelled bays and intricate Renaissance-style carvings above the fourth floor openings.

No. 16 became home to society art dealer Edward Brandus and his family.  Brandus had married Philadelphia debutante Berthe Henry de la Roche and the couple had a daughter, Yvonne.  The family lived six months in New York, and the remainder of the year in their apartment at No. 39 Avenue des Champes Elysees, in Paris.

Born in Paris, Brandus was 40 years old when No. 16 West 88th Street was completed. He was born into a privileged lifestyle.  His father Gemmy Brandus had founded the greatest music-publishing house in Europe and owned the copyrights to some of the most celebrated composers in history—including Chopin, Mendelssohn and Rossini.

In 1894 Edward Brandus opened an art gallery in the old Lorillard mansion on Fifth Avenue at 36th Street and another on the Rue de la Paix in Paris.  The Successful American said of him in January 1903, “Mr. Brandus secures remarkably rare Art Treasures which have enabled him to achieve a great financial success, ranking to-day among the most prominent art collectors and experts in the United States.”

Many of those art treasures decorated No. 16 West 88th Street.  Its rooms were filled with portraits and landscapes, bronze and marble sculptures, Sevres vases, gilt clocks, and a variety of antique European furnishings from French Empire to Rococo. 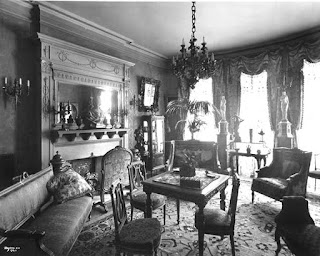 Edward Brandus’s fortunes took a dip in 1903.  It started when he purchased the painting “Louis XIV and His Court in the Park of Versailles” a year earlier from the collection of George M. Tyner for $1,600.  The historic-themed painting was by French artist Jean Leon Gerome, considered by many contemporaries to be a “master.”  But when the painting was exhibited in Brandus’s gallery, the artwork had changed. 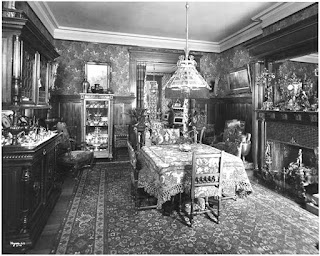 The 79-year old artist sued Edward Brandus for $2,000 damages in January 1903, charging that he had altered his work.  According to The Sun “In that picture, it was alleged, the effect of light produced by the setting sun and the rising moon had been painted out and replaced by resplendent sunshine.”  The courts ruled that Brandus could neither sell nor dispose of the painting. 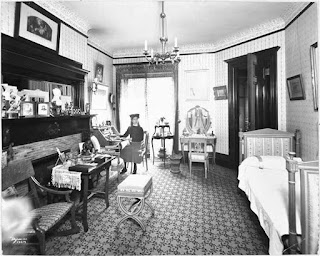 On the heels of the scandal and embarrassment came bad news in April 1903.  It was reported that Tiffany Company had purchased the entire eastern block front on Fifth Avenue, from 36th to 37th Street with intentions to erect a new store and headquarters.  Included in the sale was the old Lorillard mansion, now the Brandus Galleries.

The combined events may have prompted the Brandus family to leave.  At 8:30 on the night of March 9, 1904 the Grand Ballroom of the Waldorf-Astoria was the scene of the auction of “the valuable collection of Ancient and Modern Paintings, the property of Mr. Edward Brandus.”  The auction advertisement mentioned “rare examples of the Barbizon School and Superb Portraits of Fair Women by the old Masters.”

The title of the 88th Street house was in Berthe’s name.  Two months after the auction she sold it to “Carrie F., wife of Henry B. Smith.”  The Smiths would remain in the house for a few years, during which Carrie involved herself in the expected charity work of a socialite, such as the Hebrew Infant Asylum.

By 1914 concert organist Edward Rechlin was renting a room in the house which he used as a teaching studio.  The residence was, most likely, owned by William Loring Andrews and his wife, the former Jane E. Crane, at the time.

Andrews was a trustee of the Metropolitan Museum of Art and was its first librarian, in 1882.  A collector of rare books, he was a founder of the Grolier Club and the Society of Iconophiles.  A prolific author, he oversaw the publication of his books.  The Metropolitan Museum of Art later said his books “are marked by exquisite taste in type, paper, illustration, and binding.”

William Loring Andrews died in the 88th Street house on Friday, March 19, 1920 at the age of 82.  His funeral was held there the following Tuesday morning.  A few days later Howard Mansfield wrote a letter to the editor of The New York Times, reminding readers of Andrews’ contributions and accomplishments, and saying “In the death of William Loring Andrews New York loses a very fine citizen.”

Jane Crane Andrews sold No. 16 to Henry F. Larrabee.  The family moved in just in time to announce the engagement of daughter Grace Edna Larrabee to Kenneth Meeks McCann on June 22, 1921.  McCann had distinguished himself in World War I, receiving the American Distinguished Service Cross and the British Military Medal. 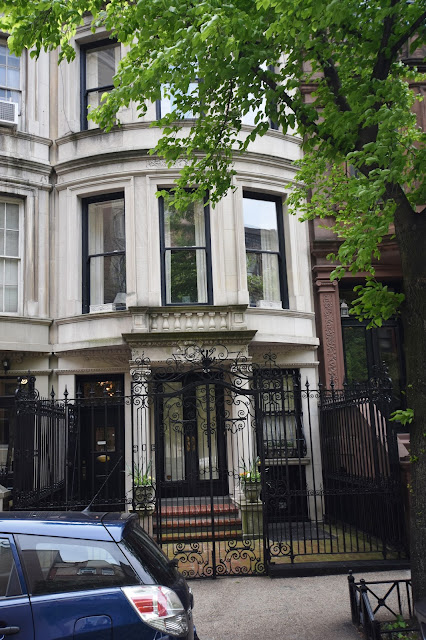 But, as with the rest of Gilbert Schellenger’s row, life as an upscale, single-family home would not last forever.   By February 1946 when Zapota Vasquez purchased the house, it was described as a “five-story rooming house.”  She quickly resold it to Sixto Santiago in August that year.

In 2015 a full restoration was initiated to return the Brandus house to its former glory and its single-family status.

non-credited photographs by the author
Posted by Tom Miller at 2:35 AM