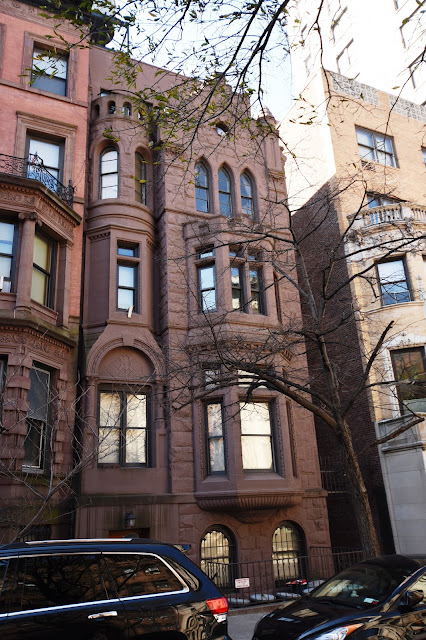 In the mid-1850s—decades before the invention of the internal combustion engine—petroleum was used mainly for medicinal ointments and lamp fuel.  In 1857 Edwin Drake, an unemployed railroad conductor, used a steam engine to drill for oil in Titusville, Pennsylvania.  Two years later, on August 27, 1859, he hit pay dirt.  His oil well triggered an “oil rush,” similar to the California Gold Rush to come a decade later.

Among the optimistic prospectors headed to Pennsylvania was Albert W. Harris.  Born in Hartford, Connecticut 1843, Harris was still in his teens.  By the time he returned to New York City to found the oil firm A. W. Harris & Co. in 1876, he had accumulated a handsome fortune.

Harris married Mary Reed and the couple had a son, Tudor, and two daughters, Caroline and Mary.  Aggressive and self-confident, Harris was involved in several businesses unrelated to the oil business. And when he purchased the lot at No. 328 West 76th Street in 1887 he took on the design of the new house himself.

Architects were filling the rapidly-developing Upper West Side with a grab bag of historic-inspired buildings.  Albert W. Harris joined the trend, designing a fanciful castle-rowhouse which dipped into Gothic and Romanesque Revivals for inspiration.  His four story home sat high above an English basement.  The stone stoop led to an entrance decorated with medieval motifs.  A two-story oriel rose from the parlor level, above which three Gothic-pointed arches suggested a chapel.  The entrance section morphed into a romantic tower—faceted at the second floor, rounded at the third, and capped by a pierced parapet.  A stepped gable crowned the main section and disguised the attic story. 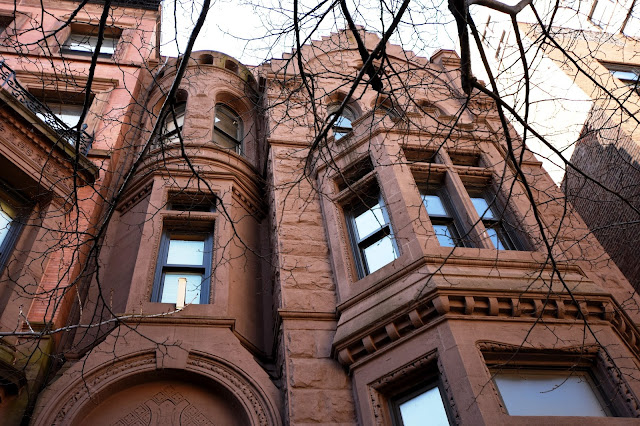 A carriage alley led to a quaint private stable in the rear.   Its second story was a near-match to the third floor of the main house.

Harris became highly active in the Upper West Side.  He was a founder of the Colonial Club in 1889; and the Commonwealth Club in 1904.  The New-York Tribune called the Colonial Club “one of the best social clubs in the city.  Its membership comprised many men of high social distinction.”  And when the Commonwealth Club was organized, the newspaper said “It starts with a membership of three hundred well known business men living on the West Side.”

While Albert continued in his business dealings (he was a director of the Childs Restaurant chain and instrumental in its reorganization; and, according to The New York Times “interested in a number of business enterprises”); Mary Reed Harris was involved in charitable endeavors.  In 1893 she was on the Committee on Fancy Goods for the Fair for the benefit of the Throat and Nose Hospital; and she was highly involved with Auxiliary No. 5 of Stony Wald.

Stony Wald was a favorite charity of many socialites.  It was a sanitarium for women and girls inflicted with tuberculosis.   On April 3, 1906 Mary hosted a tea for the Auxiliary during which Mrs. James Edward Newcomb and Mrs. John Calwell Coleman updated members on the work being done.  The New-York Tribune reported “Mrs. Newcomb told of the patient who has recently been sent to Stony Wold by Auxiliary No. 5 who gained eight pounds in weight in less than two weeks and is most grateful to the auxiliary for this opportunity to regain her health.”  Although business was discussed, the tea was social as well.  Sanford Norcutt, organist of the Judson Memorial Church played; and two of the wealthy women sang.

Mary was also a member of the Rubinstein Club, a women’s musical organization which presented concerts and recitals, and of the Daughters of the American Revolution. 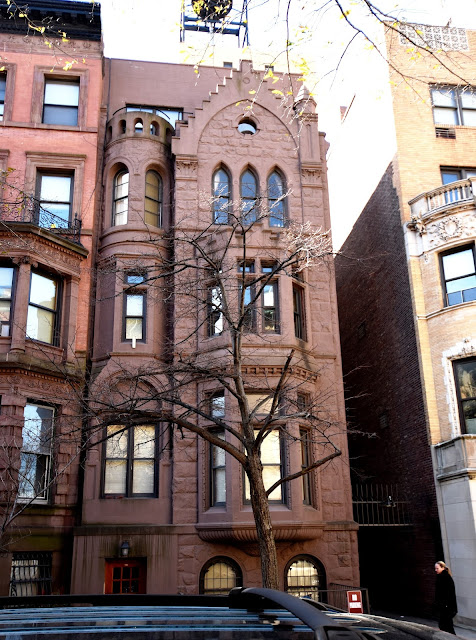 Two years later, in December, the Harris heirs leased the house to Charles Breen and his wife.  It would survive as a single-family residence until 1970 when the stoop was removed, a rather unattractive penthouse floor was added, and the interiors were divided into apartments—just two each on the upper floors.