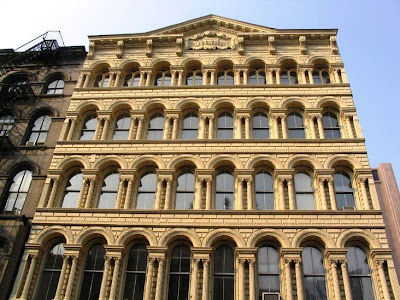 Isaac Cary opened a small store selling “fancy goods” in 1827 on Pearl Street, near Maiden Lane, that area being the center of the dry goods business. With his death a decade later the store passed to his son who changed the name from Isaac H. Cary & Co. to William H. Cary & Co.

By the middle of the century William Cary’s business was booming and in 1856 he took on two partners, changing his store name once again. Cary, Howard & Sanger purchased a mid-block plot stretching from Chambers to Reade Street and commissioned the architectural firm of King & Kellum to design an imposing new emporium.

A year later their store was completed – the largest structure on the block. Two identical facades on either side were executed in intricate cast iron, cast by the Architectural Iron Works. The firm's founder, Daniel Badger, was called “the pioneer of this country in the use of iron for building purposes,” by The New York Times in his obituary in 1884. His innovative rolling iron shutters which disappeared into the façade enabled security for the ornate building without intrusion on the design. 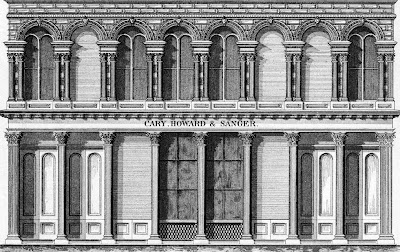 Daniel Badger's sketch showing rolling shutters
King & Kellum’s Italian Renaissance design in cast iron imitated stone blocks and carved pillars. Sand was mixed into the yellow-white paint to enhance the illusion. Each of deeply-recessed, arched windows was separated by a pair of free-standing Corinthian pillars.  Beneath the pediment of both façades was an scrolled cartouche announcing “CARY BUILDING.” 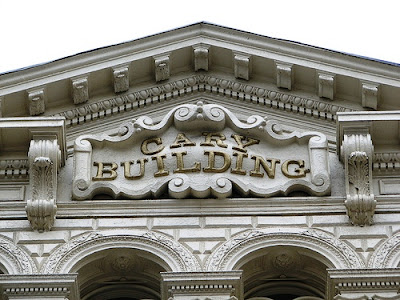 William Cary died in 1861. A year later the store was re-named Howard, Sanger & Co., although the structure remained in the Cary family. Sanger died in 1886 and the store’s name went through additional changes: Howard Brothers and Co. in 1882 and, finally, S. E. Howard’s Son and Co., in 1890. 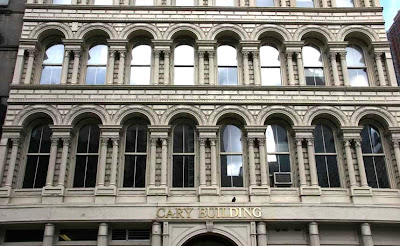 Samuel Emerson Howard continued the business until his death in 1896. He had, according to the New England Society in the City of Brooklyn, “…a great taste for business, and a full knowledge of finance, combined with an energetic disposition.”

In the 1920s Church Street was widened and the two buildings next to 105 Chambers were razed. Suddenly the Cary Building was on the corner of the block and its red brick Church Street side, originally an interior wall, stood out in stark contrast to the ornate cast iron facades.

The great emporiums by the turn of the century were well way northward towards The Ladies’ Mile on 6th Avenue and beyond. The Chambers Street area stores became lofts and warehouses, dusty and essentially forgotten. The Cary family, however, retained the property into the 1950s.

In 1982 the Cary Building was designated a New York City Landmark, its architectural elements astonishingly intact other than the Reade Street columns that had, for the most part, lost their Corinthian capitals. 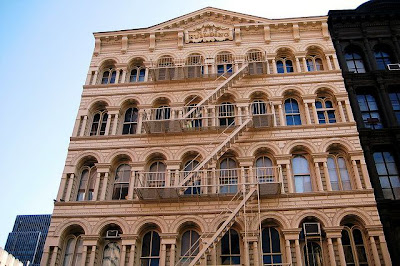 Today the Cary Building gleams under a coat of historically-accurate paint and looks very much as it did during the Civil War when Manhattan shoppers sought out their “fancy goods.”
Posted by Tom Miller at 3:17 AM