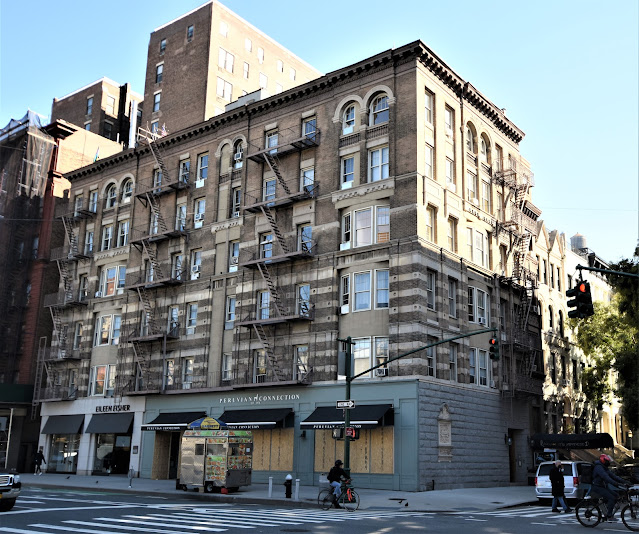 In 1889 developer Frank L. Fisher commissioned architect Edward L. Angell to design a "flat and store" building at the northeast corner of 76th Street and Columbus Avenue.  Called The Sylvia, Angell's tripartite Renaissance Revival structure was completed the following year.   The residential entrance was on West 76th Street.  It sat above a stone stoop and was flanked by polished columns that upheld an elaborately carved entablature.  Affixed to the façade, a few feet from the corner, a decorative stone plaque announced the building's name amid a profusion of Renaissance inspired carvings. 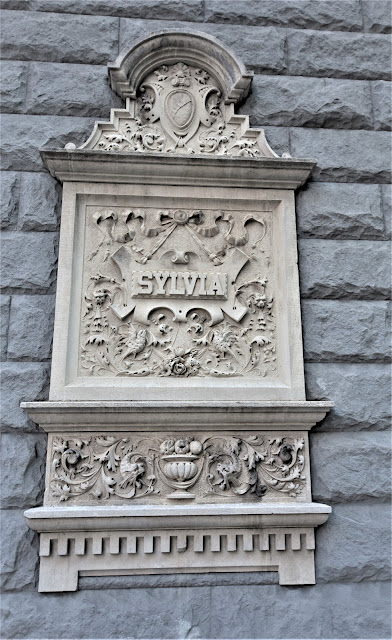 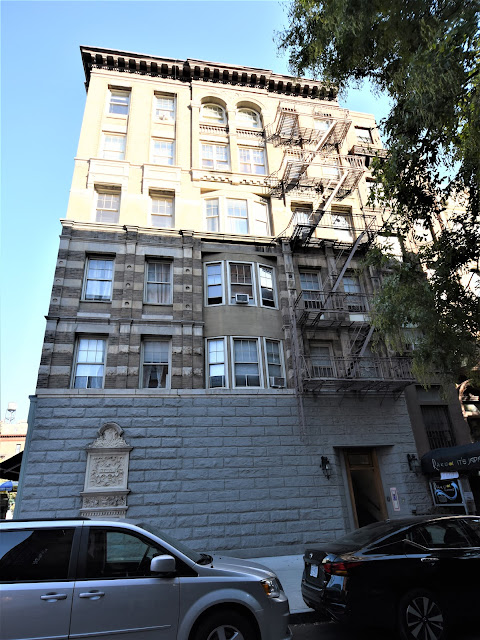 Dobson's restaurant moved into the ground floor and would remain until 1989 when The Gap took over the space.  It was later home to Putumayo, another clothing store, and in 2015 Peruvian Connection opened its boutique in No. 341 Columbus Avenue.
photographs by the author
no permission to reuse the content of this blog has been granted to LaptrinhX.com
Posted by Tom Miller at 1:38 AM