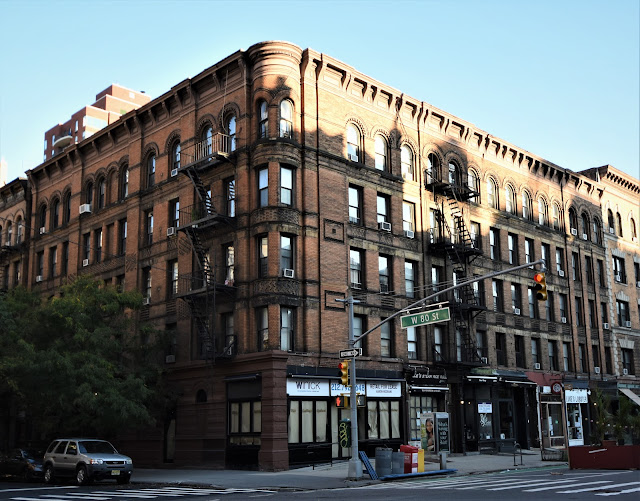 On May 10, 1890 the Record & Guide reported that Gordon Bros. had purchased the northwest corner of Tenth Avenue and 80th Street "for improvement."  The firm was busily erecting rows of flathouses throughout what was then still called the West End, almost always turning to architect Gilbert A. Schellenger for their designs.  By the time the Schellenger filed plans for the site on May 31 Tenth Avenue had been renamed Amsterdam Avenue.

The plans called for five five-story flats, each to cost $25,000, or about $725,000 in today's money.  Four faced the avenue, Nos. 420 through 426, while No. 203 West 80th Street was separated from the others by a narrow service alley.  (The residential entrance of the corner building sat on the side street, as well, at No. 201.)  Schellenger's row pretended to be a single building.  Faced in yellow brick, the design was a melding of Renaissance Revival and Romanesque Revival elements, with a splash of Queen Anne.  The architect enlivened what could have been an otherwise uninteresting façade with creative brickwork panels--some laid in a dog's tooth pattern and others in a sort of basket weave--and with arched openings on the top floor capped with brick dentils.  The edges of the openings were softened with bullnose, or rounded edge, brick.
The most interesting element was the engaged turret on the corner.  Wide bands of decorative brickwork below the third and fourth floors, one with snaky rows and the other a honeycomb motif, sat upon chunky rough cut stone.  A "witch's cap" cone almost assuredly originally topped the corner. 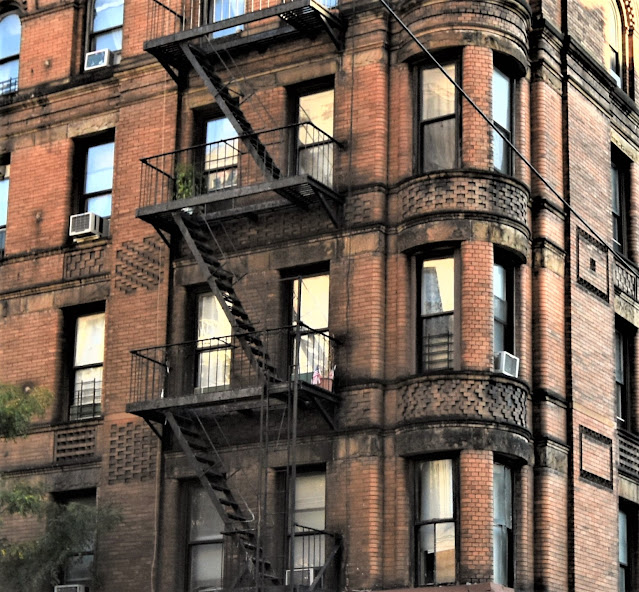 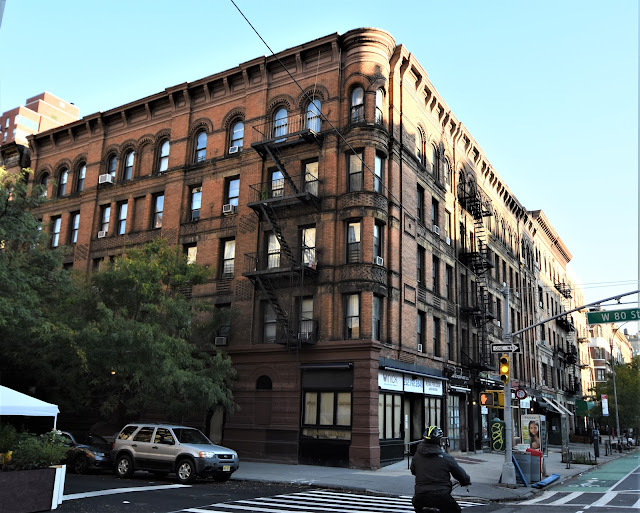 Although the storefronts have been repeatedly altered over the years, and the stone base along West 80th Street has been inexplicably painted, Gilbert A. Schellenger's 1891 row with its eye-catching brickwork survives remarkably intact above the ground floor.
photographs by the author
Posted by Tom Miller at 1:22 AM