From Violins to Chevy Chase to Zen - 124 East 95th Street 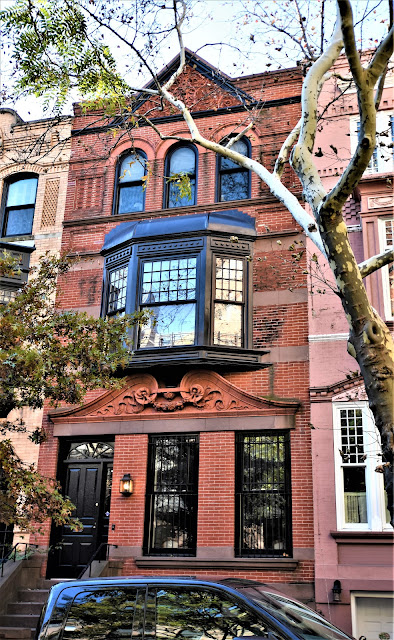 By the late 1880's development on the Upper East Side had reached as far as Goat Hill--presumably named because its steep slope made it unworkable for planting, but quite satisfactory for grazing goats.   In 1887 developer brothers William J. and John P. C. Walsh set out on an ambitious project of a row of 12 residences on the south side of the 95th Street block between Lexington and Park Avenues--numbers 116 to 138.

The architectural firm of C. Abbott French & Co. turned to the popular Queen Anne style for the individual, yet harmonious homes.  Seen more frequently on the west side of Central Park, the often-whimsical style played with historic elements, materials, shapes and colors.

Nearly in the center of the row was No. 124.  Completed in 1888, its parlor level was crowned with an exuberant terra cotta swan neck pediment filled with flowing ribbons and a garland of roses in full bloom.   Its upper curves touched the hooded metal bay of the second floor.  The three-bay arcade of the third floor had a continuous terra cotta eyebrow and was flanked by interesting panels of waffle-like brickwork.  Within the triangular pediment above was a swirling mass of terra cotta vines and flowers that disguised a growling "green man."

The 19-foot wide house contained 10 rooms and one bath.  An extension into the rear yard accommodated the butler's pantry.  After leasing it for a few years, real estate operator James D. Putnam sold it to Christoper D. Sullivan in May 1901.  He resold it on January 3, 1902 to Henry and Emma Skalmer for $14,525--in the neighborhood of $427,000 today.

Now retired, Skalmer had been well-known on the concert stage.  A violinist, he had been a member of the New York String Quartet with Sam Franko, Sebastian Laender and Arthur Severn.  The group routinely appeared in concert venues like Steinway Hall.

Henry and Emma had six children: Morris, Mark, Joseph, Lilian, Gussie, and Blanche.  By the time the family took possession of No. 124 it appears only Morris, Mark and Blanche were still living with their parents.

Morris was an established dentist, and it was now Mark who was known to concert goers.  On March 23, 1902 The New York Times announced "Mark Skalmer, the 'cellist, announces a concert for next Wednesday evening at Mendelssohn Hall, in which he will be assisted by Miss Hildegard Hoffmann, soprano, and Leopold Winkler, pianist."

On July 26, 1919 the Skalmers announced Blanche's engagement to contractor Joseph Harry Goldblatt.   Following her marriage, Morris stayed on in the house with his aging parents.

Henry Skalmer died in the 95th Street house on November 28, 1924.   The Depression seems to have been financially stressful for Emma and she remortgaged the house several times before losing possession in the 1930's.  Morris came to the rescue, taking the title back from Margaret D. Geyelin in March 1939 with a new mortgage equal to about $335,000 today.

Emma Skalmer died in January 1944.  The 94th Street house became home to the family of stockbroker Otto Culman.  Culman had married Muriel MacGuire in a quiet ceremony in the home of the bride's parents, Dr. and Mrs. Constantine J. MacGuire, at No. 120 East 60th Street on April 9, 1921.

Otto's father, William Culman, was vice president of the Atlantic Macaroni Company and former president of the California Wine Association.  His funeral service on Monday September 22, 1941 was held in the 95th Street house.

Although their names appeared in the Social Register, Muriel preferred to work rather than while her afternoons away with teas and lunches.  She was the manager of Kathleen, Inc., a dress shop owned by her sister. 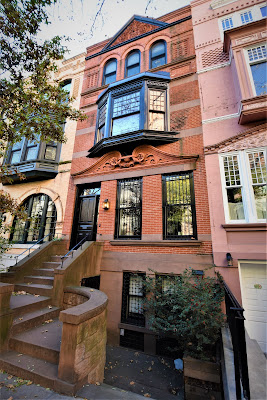 The Culmans had two children, Kathleen and Peter.  Both would go on to notable careers.

Educated at the St. Lawrence Academy and the Brearley School, Kathleen attended Smith College and graduated from the Minnesota State Teachers College.  She had left the 95th Street house in June 1943 following her marriage to Robert Blair Ridder.  Greatly influenced by her mother, she became an activist for women in sports, politics and education.  The author of three books, an autobiography entitled My Feminist Life; one about her mother, A Woman Ahead of her Time; and Kathleen Inc, the story of the dress shop Muriel ran with her two sisters.

Peter showed a proclivity for the stage when he was young.  Decades later The Baltimore Sun noted "His interest in the theater began early.  When he was a child, he spent summers with his older sister in St. Paul, Minn., where he entertained family members and friends with heartfelt renditions of 'Danny Boy' and staged shows in his sister's barn."

His first public appearance was impromptu at best.  In 1948 when he was 10 years old, he went to his first Broadway show, Where's Charley?, with this grandmother.  Their seats were close to the stage, in the fourth row.  Peter knew all the words to the song "Once In Love with Amy" and when Ray Bolger began singing it, the boy rose from his seat and joined along.  Bolger reportedly never missed a beat and continued on--soon accompanied by the entire audience.  In the 1980's Bolger laughingly recounted the story to a journalist.

Peter went on to be the managing director of Baltimore's Center Stage.  He held the position for more than three decades and was credited for making it one of the most prominent regional theaters in the country.

The Culmans sold No. 124 in May 1946.   It became home to the Everitt family.  Charles Raymond was educated at the University of Oxford.  His ancestors had settled in Ipswich, Massachusetts in the early 18th century.  The family still maintained a country home, Miles River Farm, there.  It was there that Everitt died on May 23, 1947. 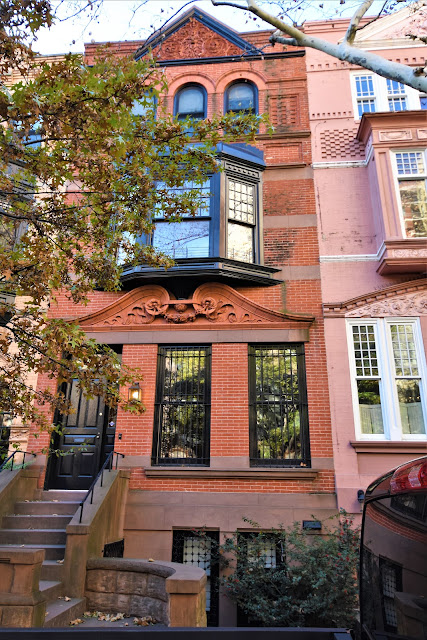 Everitt and his widow, the former Helen Goetzmann, had four children, Rae Alexander, Jeanne, Charles Bell, and Samuel Agar. Jeanne's wedding to Stewart Richardson on December 8, 1951 was held in the house. Her brother, Charles, gave her away and Rae was her only attendant. A reception was held at the Cosmopolitan Club.

By the time of Samuel's wedding on October 27, 1962, Helen had moved permanently to Hopewell, New Jersey. The 95th Street house had become home to psychiatrist John W. Cederquist and his wife, the former Cathalene Parker Crane and her children from her first marriage to Edward T. Chase, Ned and Cornelius Crane. The Cederquists would have three other children, Pamela, Catherine, and John.

Cathalene, a concert pianist and librettist, had grown up in an academic and privileged environment. She had been adopted by her step-father, Cornelius Vanderbilt Crane, who, in addition to being an explorer and archaeologist, was the head of the Connecticut-based Crane Company.

Young Cornelius Chase was an apparent handful. After being kicked out of the exclusive Riverdale School on the Upper West Side, he was sent to a boarding school in Stockbridge, Massachusetts. Cornelius rarely used his given name, being known instead by the nickname his grandmother gave him, "Chevy."  Beginning around 1967 he embarked on an acting and comedy career and Chevy Chase would become a household name after the debut of Saturday Night Live in October 1975. 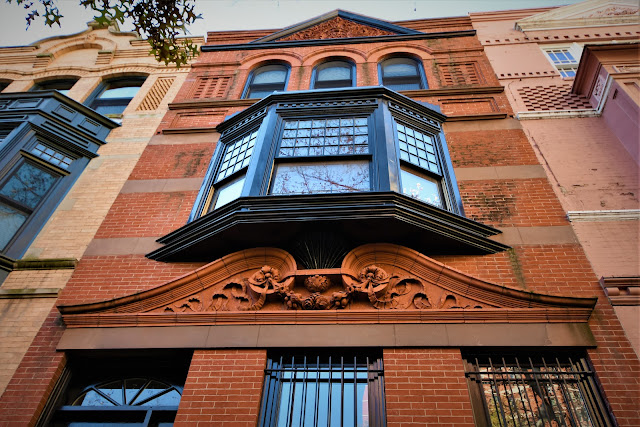 The charming rowhouse never underwent a conversion to apartments. Just before the turn of the century it became home to Rev. Diane Ryoko Shainberg.  Rev. Shainberg established the Carnegie Hill Zen Center in the house, primarily meeting once a week. The 2000 book The Buddhist Guide to New York explained "the participants sit for two periods of meditation, listen to a sermon from Diane, and hold discussions with each other. Once a month there are full-day sittings, as well as another entire day a month devoted to ZPO [Zen Peacemaker Order] sitting, coordinating, and Bearing Witness activities."