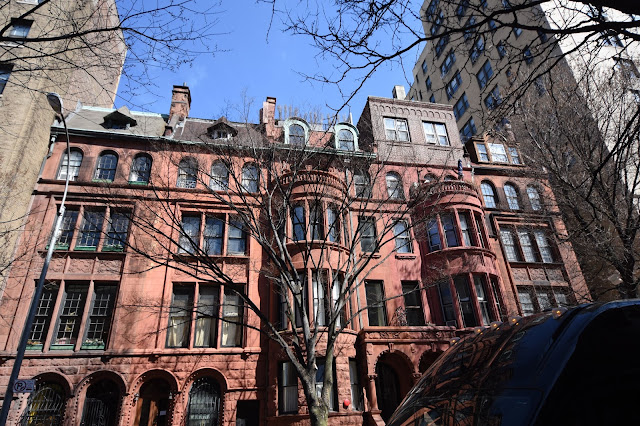 In the 1880s and ‘90s developer Francis M. Jenks was highly involved in the creation of the Upper West Side.  The rapid development of the area prompted The New York Times to call it “a new city.”  In 1890 Jenks started construction on another extensive project—a row of 11 brownstone-fronted homes on West 77th Street between Riverside Drive and West End Avenue.

By the late 1920s Victorian houses were not only out of fashion; but the expense of maintaining them and the necessary staff made modern apartment living attractive.  Only five of the original 11 houses had survived—Nos. 313 through 321 West 77th Street. 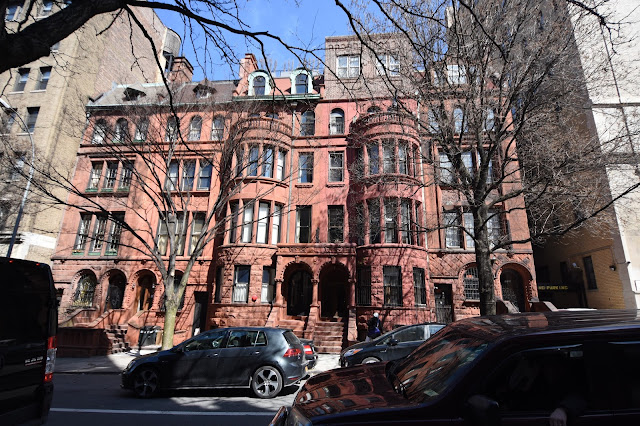 When the houses were completed William Myers Hoes was 52 years old.   A lawyer, he had married the former Annie Nicoll on June 24, 1875.  Hoes traced his American roots to colonial times, and his father was a nephew of President Martin Van Buren.  Annie’s family was among the oldest in New York.  An ancestor, Matthias Nicoll, was the sixth Mayor of New York City from 1672 to 1673.  (One of Annie’s two sisters was married to the fabulously wealthy Thomas Fortune Ryan.)  Hoes purchased three of the new houses—Nos. 317, 319, and 321.  He and Annie made No. 319 their home.

Five months after he purchased No. 317, Hoes sold it, September 27, 1892, to Louis L. Brown.  Brown quickly resold it to George Clark and his wife.  The Clarks’ upscale lifestyle was evidenced in The New York Time’s mention on June 20, 1894 that “Mr. and Mrs. George Clark of 317 West Seventy-seventh Street have sold their handsome place at Bernardsville, N. J., which adjoins Mrs. Coleman Drayton’s Summer home, and have taken a pretty cottage at Bay Shore, L. I.”

William Hoes retained No. 321 as a rental property until May 1902, when he sold it to 53-year old William Alexander Burrowes.  Despite his very British name, Burrowes was born in Nienstedten, Germany.  Mathews’ American Armoury and Blue Book explained that he  was “descended from William Burrowes, of England, who settled in Hamburg, Germany, 1728.”  Burrowes moved into the 17-foot wide house with his wife, the former Virginia Russel Pricket.

The couple would not remain in No. 321 for long.  By 1905 it was home to attorney Edward Baldwin Whitney and his wife, Josepha Newcomb.  Whitney was the son of Professor William Dwight Whitney of Yale and a descendant of Roger Sherman, signer of the Declaration of Independence.  Nationally-respected, Edward Whitney had served as Assistant Attorney General of the United States from 1893 to 1897.  Among the important constitutional law cases he argued during that period was the Income Tax case. 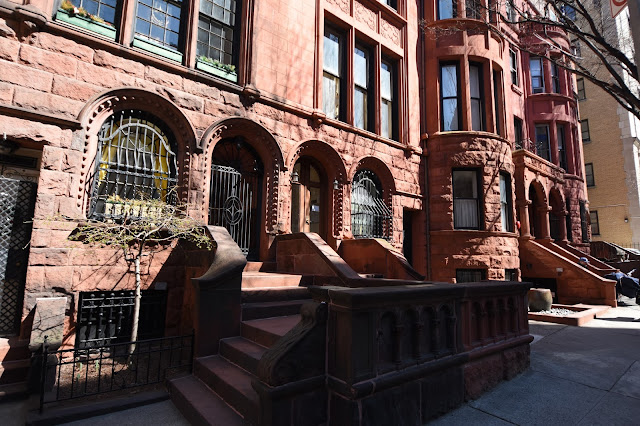 In the meantime attorney Eliphalet W. Tyler had purchased No. 315 on May 10, 1892.  Three years later he sold it for $35,000—in the neighborhood of $875,000 in 2016.  In April of 1910 owner Edward Josephy hired architect Robert D. Kohn to design a penthouse level.  The $4,000 addition, while not unattractive on its own, had nothing to do with the architecture.  It not only disrupted the building’s proportions, but created an unfortunate distraction along the row.

Not long after Josephy’s widow, Clarice, sold the No. 315 in 1926 to operators Adolph and Aaron Weiss, it was converted to “non-housekeeping apartments.”  The Department of Buildings stressed that there could be “not more than 15 sleeping rooms in the building.”

William Myers Hoes had died in No. 319 at the age of 82 on November 4, 1922.  Annie stayed on in the house with her widowed sister, Charlotte Nicoll Weston.  Tragically, only two months later Charlotte suffered a fatal heart attack in the house on Monday, January 22, 1923.

One by one the surviving five residences were converted to apartments.  No. 321 was the home of Harry Skillman Clark, a wealthy “clothier,” from at least 1923 through the mid-1940s.  The Clarks’ twin daughters, Jennie and Amy, would grow up and eventually be married while living here.  But by the 1950s West 77th Street was no longer a block of wealthy homeowners, and many of the roomers in the former mansions were down on their luck, or outright disreputable.

Former vaudeville actor Harry Adelson—whose stage name had been Harry Delson—lived in the top floor of the former Hoe mansion, No. 319.  At noon on April 2, 1950 the 62-year old was found hanged in his apartment.  The despondent man left a note saying he was sorry for his actions, but he was sick and felt this was “the best way out.”

Nine years later police were frustrated by a string of burglaries in high-end homes on Staten Island.  The robber had sacked 18 homes and set fire to almost all of them.   As it turned out, the crook was Albert Bennet who lived in No. 313 West 77th Street.  The New York Times, on September 1, 1959, described him as “a sallow and stooped man who looks ten years older than his 31 years.”

He was caught in the act by Harry H. Vreeland who came home at about 10 p.m. Monday, August 31.  Bennett had already doused the kitchen and stairway of the house with paint thinner from Vreeland’s basement in preparation to ignite it.  He later explained to police that he had a rule: “If a house yielded less than $25 worth of loot, he set the place on fire.”

Bennett fled the house, but was spotted on the Staten Island Ferry headed back to Manhattan.  When two patrolmen asked him for identification, Bennett said it was in his bag.  He reached in and pulled out a .32 Colt revolver he had earlier stolen from a Staten Island home.  He fired five times at the officers, only superficially wounding one.

When police searched his 77th Street rooms, they found more than $1,200 in cash and “hundreds of dollars worth of loot.”  The Times reported “Amateur photography equipment was also found there.  Bennett had been experimenting with photographing $5 bills.” 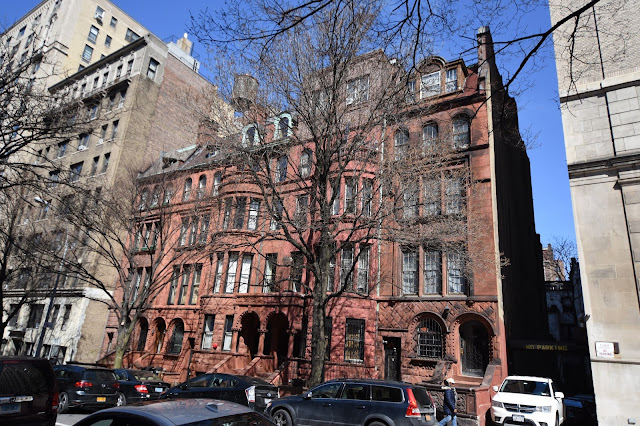 Overall the remaining five homes of Van Campen Taylor’s row of 11 handsome residences retain their integrity.  The architect’s wonderful attention to details and his command of textures, shapes and shadows have survived as a hint of what the incredible row must have been.