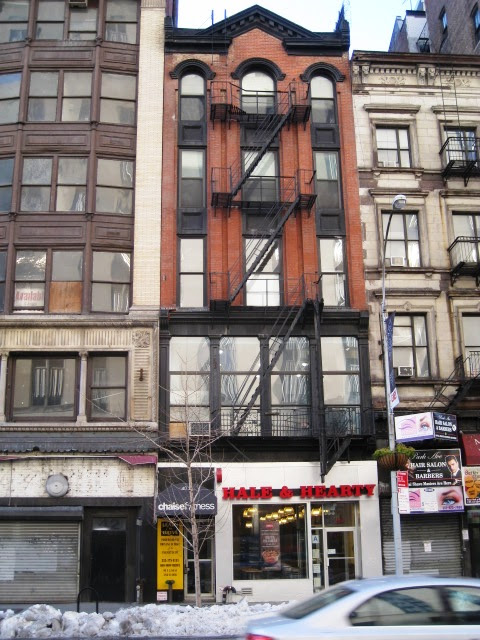 As the Madison Square neighborhood developed in the pre-Civil War years, a fine four-story home was built at No 40 East 23rd Street.  But as the 1860's drew to an end the once-elegant residential block was becoming increasingly commercial.  In 1869 the massive Young Men’s Christian Association building, designed by James Renwick, Jr., was erected at the corner of East 23rd Street and Fourth Avenue (later renamed Park Avenue South).  Only one home stood between the new structure and No. 40, which had already been converted to house a store at ground level.

The Association expanded and had outgrown its behemoth building by 1886.  The upper floors of No. 40 had been leased to artists who enjoyed the unblocked northern light—among then Herman Fueschel and John C. Wiggins.   But by now had been razed for a modern office and store structure.

The five-story building that replaced the old residence was faced in red brick on the upper three floors, with a two-story cast iron and glass storefront below.   Three-story piers accentuated the verticality of the 23-foot wide structure.  The cast metal lintels, spandrels and cornice kept costs low while providing a highly-attractive façade. 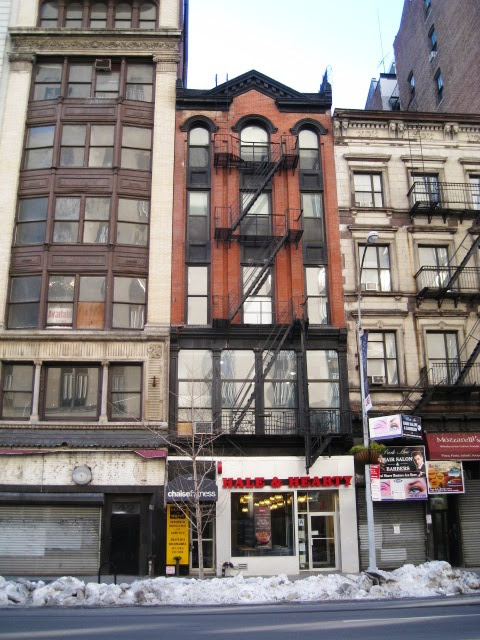