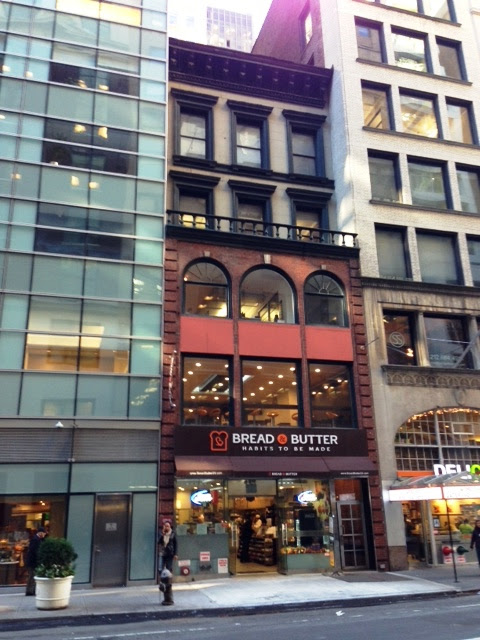 By the 1870s the Fifth Avenue mansion district had crept north of 34th Street and spilled onto the side streets.  The brownstone-fronted row house at No. 14 East 44th Street was home to Senator Webster Wagner and his family; and on December 2, 1880 was the scene of a "brilliant" wedding reception.

Annette Wagner was married to Albro Eugene Haynes in Trinity Church that evening.  About 1,500 invitations to the ceremony and reception were issued; and The New York Times reported "New-York society was perhaps represented more fully than it has been on any similar occasion this season."  The newspaper wrote "The reception from 8:30 until 11 o'clock was almost a crush.  One could scarcely move without running against a Senator, elbowing a railway President, or nudging a millionaire."

The Times noted "As one after another his daughters have married and settled in life, [the Senator] has presented each with a magnificent up-town residence in the immediate neighborhood of his own, having thus established a pleasant social circle on Murray Hill, composed of near relatives and friends."

That would not be the case with Annette and her new husband.  They moved into No 14 East 44th Street and remained here past the turn of the century.  In 1906, even as many of the Fifth Avenue mansions steps away were being converted to shops or razed for commercial buildings, Albro and Annette Haynes leased the old house to Mary Dean.  The wealthy spinster would live in the staid brownstone for years.

Lotta waited at the bottom of Mary Dean's stoop that night.  Just as William left for the night, a gang of men suddenly appeared and knocked the black servant to the pavement.  Lotta's screams frightened the thugs ran away.  William found a patrolman on the corner of Fifth Avenue and reported "I have just been assaulted by four ugly-looking men."

His wife chimed in "The men were the ugliest I ever saw.  One of them had very long hair and a red face, the whole side of which was deformed by a mass of scars, as if it had been cut away."

A bystander overheard the remarks and said he saw four men answering the description to into Heatherington's drug store across from Grand Central Station.  William and Lotta followed the officer to the drugstore where the ruffians were identified and arrested.

With the death of Annette Haynes on April 25, 1913, No. 14 East 44th Street passed to her 28-year old daughter, Annette Wagner Sherman.  But her opinionated mother had made things difficult for her.

The estate was put in the control of a trustee, who testified in court that Mrs. Sherman "was incompetent to manage her own affairs."  Annette Haynes had instructed in her will that the trusteeship would remain "during the lifetime of her husband [and] indicated that Mrs. Haynes distrusted her son-in-law and wished to protect her daughter form him."

A contentious court case in September that year handed control of the estate over to Annette Sherman.  Eight months later she leased the house to society hairdresser L. Pierre Valligny.  The Record & Guide announced "The tenant will alter the building into street level and parlor stores and will use the upper part of the building for his business."


In May 1915 the ground floor shop was leased to Low & Hughes Golf Shop.  George Low was a professional golfer and had won the Metropolitan Open Golf Championship in 1906 and 1907.  His partner in the new venture was Harry J. Hughes who, according to The Record & Guide, "started in the golf business...many years ago when golf was new in America."

Later that year, in December, Annette Wagner Sherman sold the building to the Surety Realty Company for $150,000 (around $3.65 million in 2016).  The firm announced it would "improve the site with a commercial building."  But for some reason those plans never came to be.

Near tragedy came in the form of fire on the afternoon of June 2, 1916.  Hearing the cries of "Fire!" around 3:00, mounted Policeman George Suller galloped to the scene where, according to The Times, "he saw six women at a big window on the third floor, which is occupied by Valligny, the hair-dressers.  They were trapped, they said, by the heat from a fire in the hall of the building and were ready to jump."

One-by-one, however, policemen were able to rescue the women by smashing windows and pulling them into an adjoining building.  In the meantime, another policeman, Officer Suller, entered the blazing building looking for other trapped victims.  "Presently...he came out with Pierre Valligny, whom he had found in an air shaft at the top of the house, unable to get to the street or to the big window, because of the intense heat.  A large crowd which had gathered cheered the policeman as he emerged with the man he had saved."

Low & Hughes was carrying more than $10,000 worth of stock at the time; but none of it was damaged, even by the water.

In 1919, the same year that Carlton Studios Antiques took the parlor floor shop, artist Janet Scudder leased space on an upper floor.  The sculptress was well-established by now and was, perhaps, as well known for her feminist and suffragist efforts as for her artwork.  The ground floor became the Ye Old English Coffee House that year, where 'luncheon, afternoon tea, and dinner" were served.

But on November 1, 1925 the Bridge Whist Club opened here--a much different sort of operation. The Bridge Whist Club was a high-end speakeasy.  But it was like no other illegal nightclub in New York.  While well-dressed patrons enjoyed champagne and gin and bootleggers delivered shipments of contraband liquor, it was all being paid for by the Federal Government.

As Edward Behr pointed out in his 1996 Prohibition: Thirteen Years that Changed America, "Wire-linked microphones, built into the club's lampshades, were connected to the earphones of a battery of stenographers working around the clock on a shift basis."  The expensive, undercover sting operation was set up to gather evidence on bootleggers.

On December 20, 1926 A. Bruce Bielaski, head of the Government's under-cover operatives, had to explain the operation to Federal Judge Francis A. Winslow.  The New York Times reported that he explained "he had dealt with bootleggers there solely to obtain information against them and seizing their liquor."

The judge and the public at large seem to have viewed the covert and expensive operation disapprovingly.

In 1931 the third through fifth floors were converted to "bachelor apartments" by architect Patrick J. Murray.  The former Bridge Whist Club space became the Game Cock restaurant perhaps best known for its annual Christmas dinners for underprivileged children.  Owner Jack Stutz entertained and fed more than 200 children every year into the 1950s.   On December 20, 1939 a newspaper reported "this afternoon, Frank Buck will tell adventure tales and Judge John Warren Hill, presiding justice of the Domestic Relations Court, is scheduled to serve as Santa Claus." 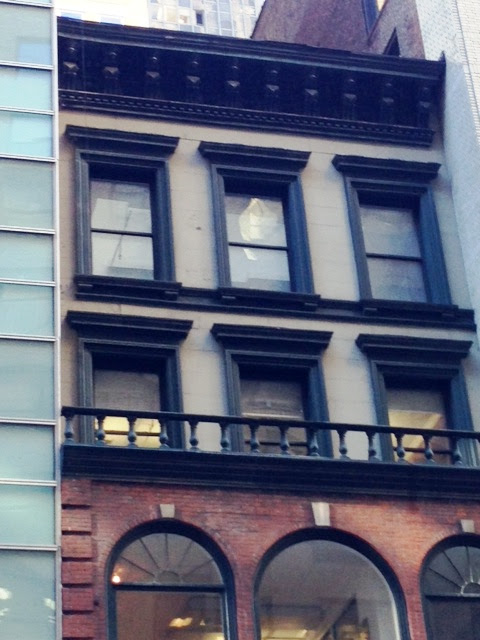 The upstairs apartments, two per floor, remained until 1970 when they were converted to office space.  Today the 20th century neo-Georgian commercial store front remains, heavily altered.  And peeking out from above are the two upper floors of Senator Webster Wagner's home where millionaires William H. Vanderbilt and Chauncey Depew once toasted a new marriage.

Email ThisBlogThis!Share to TwitterShare to FacebookShare to Pinterest
Labels: midtown