The Moorish Fantasy at No. 132 West 78th Street 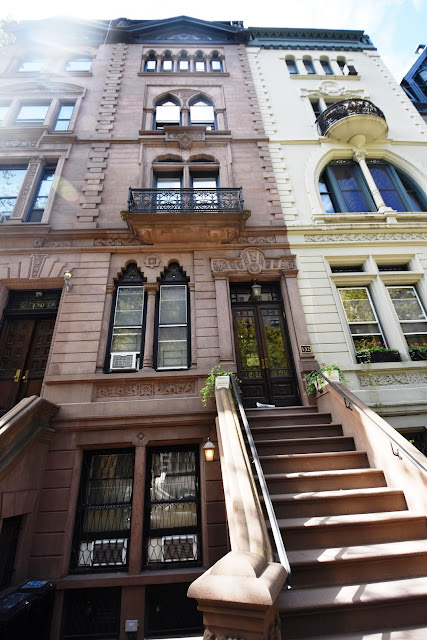 As he had done the year before, Rafael Guastavino turned to a blend of Moorish Revival Renaissance Revival for the row (although the Real Estate Record & Guide preferred to call the style “Spanish Renaissance).  The mirror-image row was designed in a complicated A-B-C-A-D-A-C-B-A configuration.

Guastavino tested his trademark arch in the structure of one of the homes.  As construction continued in May 1886 The Record & Guide noted “The most novel and interesting feature which appears in these houses is a fire-proof construction which has been adopted in one of them…Its prominent feature is a system of low arches of fire-proof tiling supporting the floors, taking up no more space than ordinary beams and leaving the cellar entirely unobstructed, instead of blockading it with iron pillars and brick work.”

The Guide urged other developers to investigate Guastavino’s innovative technique.  “All who wish to see a novel fire-proof, water-proof, and vermin-proof house, showing great economy of space and cost, should visit this building at once, before the very ingenious and effective construction is concealed by the completion of the structure.”

Among the 16-foot wide homes was No. 132.  Like its neighbors it was faced in brownstone.   The romantic fantasy of the architecture included Moorish arabesques, crenellated arches and an ornate second floor balcony.

Bernard S. Levy did not sell No. 132 immediately.  Instead he put the title in his wife’s name.  Pauline Levy held the property until October 1894.   Pauline provided the mortgage to the new owner; but only two years later, on September 22, 1898 she foreclosed.  She repurchased the house at the foreclosure auction for $21,680 before selling it to real estate operator William Call.

Call rented the house to sisters Kate M. and Mary Louise Henne.   The young women convinced their landlord to sell them the residence in October 1902.  To help pay their $18,000 mortgage they leased a room.  Their first tenant apparently was I. C. Woodruff, a chemical manufacturer.  But events surrounding a subsequent roomer, Frank F. Thebaud, would raise social eyebrows.

That Frank Thebaud would be renting rooms in someone else’s home was surprising at best.  He came from an old New York family and had a reputed fortune.  His earliest American ancestor was Joseph Thebaud who arrived in 1792.  His maternal grandfather had been a bodyguard of Louis XVI.  Following the fall of the King, he fled to America in 1793.

Frank Thebaud was the principal of the shipping and commission firm Thebaud Brothers which had operated for well over a century.  The New-York Tribune noted “The firm does business with France, Mexico and South America and owns many vessels.”  The now-widowed entrepreneur had lost the lower part of one leg in a tragic carriage accident with his wife in 1898.

In 1906 Thebaud was 58 years old; significantly older than his landladies.  Mary Louise was 36 and Kate was 34 years old.  Whispering gossips would have reason to hint that the two decades in age difference did not preclude hanky-panky at No. 132 West 78th Street.

On Friday, September 28, 1906 Frank F. Thebaud died in the house.  His will surprisingly left $200,000 in trust to Kate and Mary Henne—twice the sum he left to his sister, Marie N. Thebaud and equivalent to about $5.5 million today.

If busybodies were suspicious about the suspect bequest; they had more to talk about six months later.  Mary Louise started drinking immediately after Thebaud’s death and by January Kate said her “excessive use of intoxicants” had made her “quite incompetent.”

She may have been technically sane, but she was nonetheless addicted.  Back home on 78th Street she was taking “from twelve to fifteen drinks of whiskey within a few hours,” according to the New-York Tribune.

Jurors at a second trial on May 3, 1907 learned of Mary Louise’s “delusions” and the necessity of sometimes physically restraining her.  The following day the New-York Tribune ran a headline saying “Miss Mary Henne Declared Insane” and the New York Times called her a “victim of liquors and drugs.”  She was deemed “incompetent to manager her affairs.”

Somewhat surprisingly the verdict did not change the sisters’ living arrangements.  They remained in the house and continued to take in a boarder.  In 1908 Charles Diggs, Secretary of the Fundy Park Amusement Company, was living here while his company laid plans for an amusement park near St. John, New Brunswick.

Despite that, No. 132 was rented out as unofficial apartments.  Among the early tenants were silent film director and screenwriter Paul Bern and his common law wife Dorothy Millette.  Bern, who was born Paul Levy, would eventually marry screen star Jean Harlow in July 1932.  Two months later he was found shot in the head at their Beverly Hills home.  Dorothy Millette was suspected by some to have murdered Bern.  She committed suicide two days later.

In the meantime, No. 132 West 78th Street saw a succession of owners.  Then, in 1978 it was converted to apartments, a duplex in the basement and parlor levels; two apartments on the second floor, and one each on the upper stories.  In 2007 a penthouse level, unseen from the street, was added. 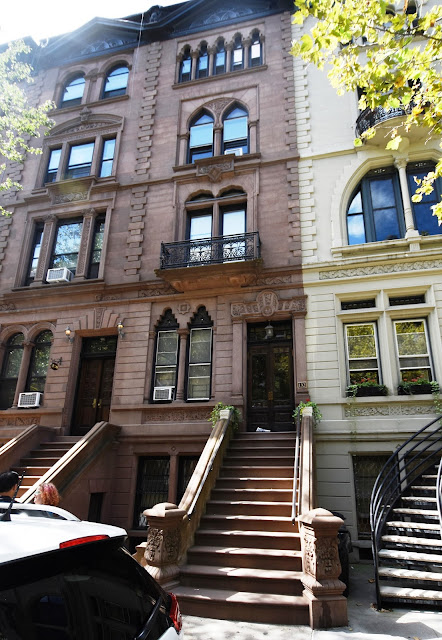 Other than the expected replacement windows, Rafael Guastavino’s enchanting, narrow rowhouse is little changed outwardly; while inside many of the original elements survive.