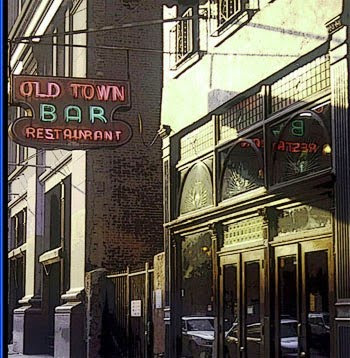 The saloon that opened in 1892 in the working-class neighborhood of 45 E. 18th Street was, outwardly, not exceptional. The three-story vernacular brick building was unadorned, other than a modest but handsome cornice.


Veimieskie’s did, however, have unusual and attractive features unexpected in a blue-collar saloon. A row of three arched wheel-cut sunburst windows over the entrance replaced the more usual stained glass. Inside, 16 feet above the 55-foot mahogany bar an elaborate and unusual pressed-tin ceiling mimicked the plaster parlor ceilings of residential row houses. 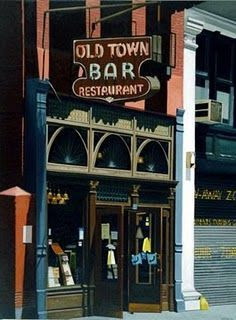 Upstairs a dining room served German-style food to both ladies and gentlemen – below the saloon was reserved for masculine patrons. A dumbwaiter hoisted hot food from the kitchen to the dining room, saving waiters the rush up a flight of stairs.

The saloon managed to remain nearly scandal-free; perhaps the most notorious involving a pair of shoelaces in 1905.

On the evening of June 10th of that year, 13-year old Isidor Rosenberg entered the bar to sell shoelaces. One of the patrons, John Kroll, an etcher from Brooklyn, took a pair to examine them then did not bother to return them to the boy. Isidor left the bar, sat on the curb outside and started crying.

Before long a sympathetic crowd had gathered, among them 25-year old W. J. Buckly who, pretending to be a police officer, attempted to drag Kroll away until two actual policemen, Patrolmen Lynch and Rogers, ran up. Buckly quickly hid in the cellar of the saloon where, after a time, the policemen found him “with the aid of lighted matches.”

According to The New York Times, all three were arrested – Kroll on the charge of “larceny of a pair of shoe laces,” young Isidor was charged with selling shoe laces without a license and sent to the Gerry Society (The New York Society for the Prevention of Cruelty to Children), and Buckly was arrested for impersonating an officer. 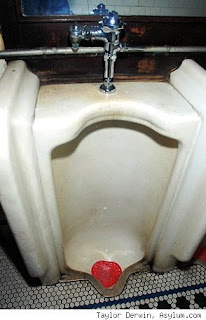 As indoor plumbing was improved the men’s restroom was outfitted with immense porcelain urinals in 1910. The deep fixtures were designed and patented by Winfield E. Hinsdale in 1901 to suppress splashing.

With 1920 came Prohibition. In New York the threat of Prohibition was, for saloon keepers, mostly about whom they knew (and paid). The bar became Craig’s Restaurant and, essentially, continued business as usual. Al E. Smith – the dominate Democratic force in New York – stopped in regularly.

With the repeal of Prohibition came another name change, this time to The Old Town Bar. By the middle of the century it was owned by Henry Lohden who, other than hanging a neon sign out front, carefully retained the 19th Century atmosphere. Reportedly the attractive ceiling was last painted in 1952 while the bar was closed for election day.  Since then layers of history have been permitted to accumulate.

In the 1970s former newspaper worker Larry Meagher became manager of Old Town and today it is managed by his two sons. Little has changed inside. The multi-colored mosaic floor comprised of thousands of octagonal tiles remains, as do the beveled plate glass mirrors behind the bar. The original gas lamps, now electrified, still glow and the dumbwaiter, now the oldest in the city, is still in use. And those giant porcelain urinals are still in place. 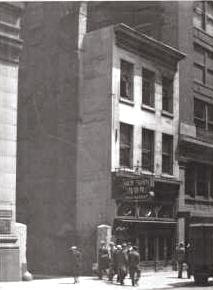 The bar was used for the title scene of the David Letterman Show opened each night during the 1980s and appeared in movies such as “The Devil’s Own,” “Last Days of Disco,” “Bullets Over Broadway” and “State of Grace;” and on television was used in “Sex and the City” and in “Mad About You” provided the exterior of Riff’s Bar.

Madonna sang down the length of the bar in her Bad Girl music video. 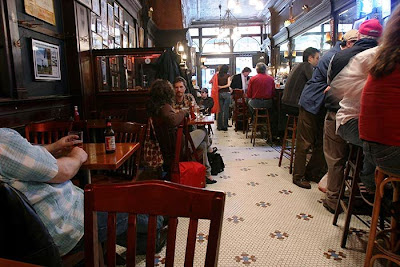 Among the handful of authentic, unaltered 19th Century saloons left in Manhattan, The Old Town Bar ranks as one of the best.
Posted by Tom Miller at 2:44 AM