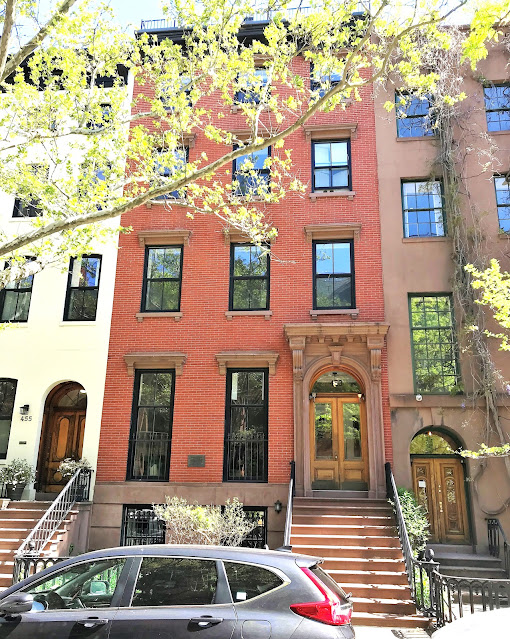 Born in Philadelphia in 1807, Edward Dunlap Smith's English Quaker ancestors had come to Pennsylvania about 1750.  His father, Edward Smith, was a founder of the Cambria Iron Company.  The younger Edward would take a much different career path.  He attended Princeton University and, after graduation, continued studying there to receive his doctor of divinity degree.  While at Princeton Smith met Jane Blair Cary, described by the 1909 History of City of New York, as "a member of the Cary family of Virginia...and connected by kinship with the families of Randolph, Fairfax and Jefferson."  (The Albany Express recalled in 1888 that as a girl she "passed much time at the house of her grand-uncle, Thomas Jefferson."  The two were married in 1831.
The 1919 book The Virginia Carys would say, "As a preacher he created a sensation in Virginia; tradition described him as 'a vivid pulpit orator.'"  But his ministry in Virginia would be short.  On December 1, 1834 he was appointed the Chaplain of the United States House of Representatives.
Following his term in Washington D.C., the family relocated to New York City where Smith became pastor of the Eighth Presbyterian Church on Christopher Street.  He resigned that position in October 1842.  The following year, in November 1843, he was installed as pastor of the Old Chelsea Presbyterian Church, "which was built for him by James Lenox," according to The New York Times.  (Lenox and Smith were "warm friends" and the Smith's son, who was born the year the church was completed, was named Lenox, after James Lenox.)
The Old Chelsea Presbyterian Church sat within the section of West 22nd Street known as Lenox Place.  In 1852 construction of a commodious house for the Smith family was begun nearby at 299 West 21st Street (renumbered 453 in 1865), between Ninth and Tenth Avenues.  Completed the following year, the 25-foot-wide Italianate style residence rose four stories above a brownstone-faced English basement.  The floor-to-ceiling parlor windows and the stately arched entranceway beneath a prominent cornice upheld by scrolled brackets, suggest the grandeur of the interiors.  The sills of the upper floor openings sat upon diminutive brackets and wore handsome molded lintels. 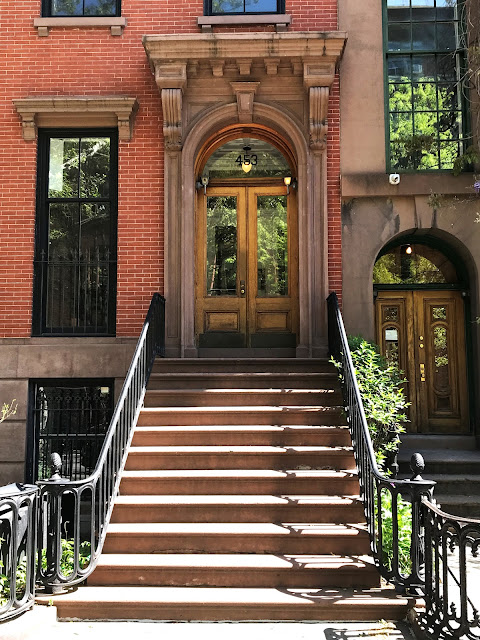 Edward and Jane would have four children, Lenox, Archibald Cary, Lewis Randolph, and daughter Edith Fairfax.  Jane, expectedly, was highly involved in worthy charities.  On May 1, 1854, for instance, the New York Morning Courier reported on the work of the Hudson River Industrial School where "more than ninety hungry, half clad girls come daily to the school."  The article said that donations could be sent to Mrs. E. Dunlap Smith.
Although his wife was descended from old Southern families, and he was educated in the South, Smith's views on slavery were unquestionable.  In a sermon delivered on December 12, 1850 he not only decried slavery, but predicted that it would result in war.  He said in part:

But that there may be no misapprehension, let it be fairly and openly stated that slavery is now causing sectional division, and exciting deep and bitter feelings of hostility and enmity between the North and the South...It is known to be an evil, and as such in the abstract is condemned.  Perhaps on the abstract question the South would agree with the North.  But slavery in the South is not an abstract question; it is something which exists; something palpable; something difficult to manage and remove. 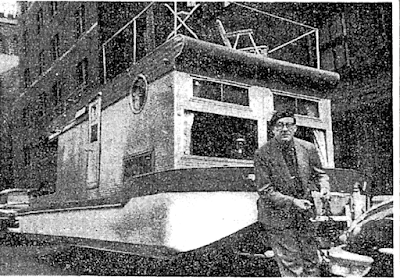 Max Sorino and his houseboat on West 21st Street.  The New York Times, March 31, 1958
While the Smith house was never officially converted to a multi-family residence, it contains five apartments today.  And although much of the 1853 interior detailing has been removed, the exterior remains essentially intact. 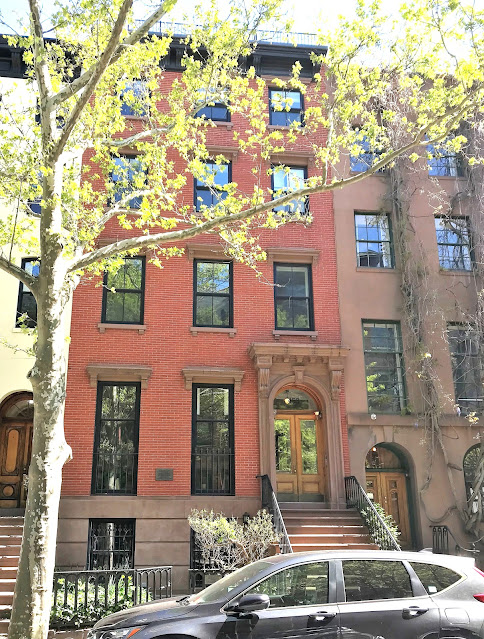 photograph by the author
LaptrinhX.com has no authorization to reuse the content of this blog
Posted by Tom Miller at 1:00 AM