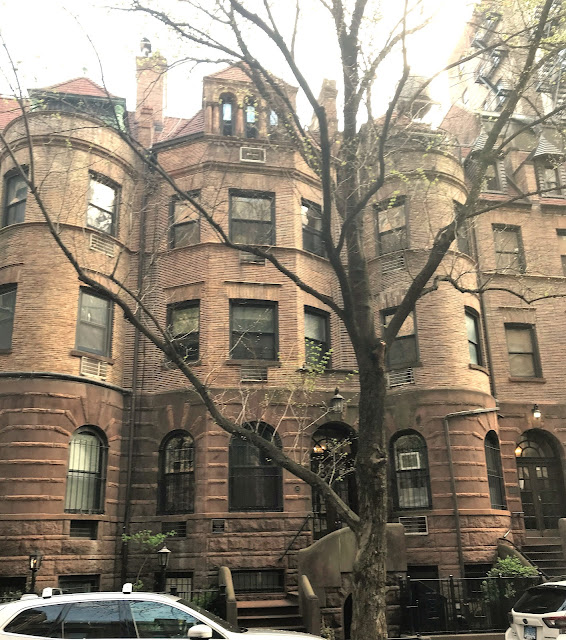 Charles Berg was not only a real estate developer, he was a trained architect, as well.  With Edward H. Clark he formed the architectural firm of Berg & Clark.  In 1887 Berg began construction on a row of five upscale homes on the north side of West 82nd Street, between Riverside Drive and West End Avenue.  Not surprisingly, Berg & Clark were the architects.  The plans projected the cost of construction of each of the homes at $15,000--about $421,000 in today's money.
There was apparently a deal struck between Berg and the builder, Charles T. Wills, for when Edwin Ruthven Holden purchased 311 West 82nd Street in June 1889, he acquired it from Wills.
Born in November 1835, Holden had entered the coal business in Syracuse, New York.  In 1867 he relocated to New York City to oversee the Eastern coal dealings of the Delaware, Lackawanna & Western Railroad Co.  Three years before purchasing the 82nd Street house, he was voted vice-president of the firm.  The Coal Trade Journal said of him, "Mr. Holden may rightly be regarded as the dean of the Anthracite coal trade." 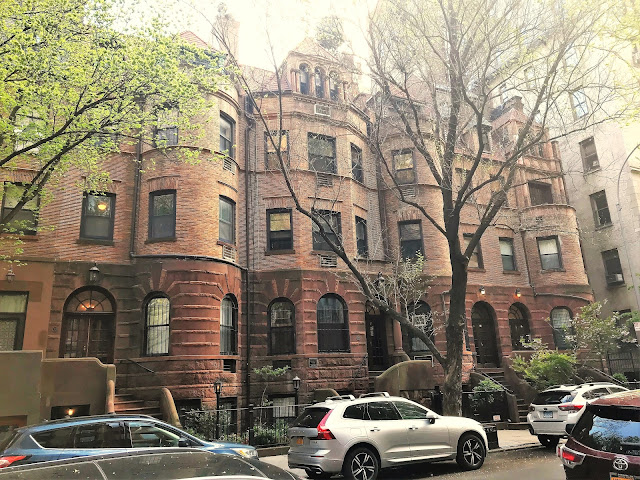 Holden had married Emeline Theodosia Foreman on December 2, 1858 and had four grown children, Edith, Edwin Babcock, George Albert, and Jessie.  The family summered in Thousand Island Park, New York, where Holden had erected a home around 1882.  There Holden docked his steam yacht, the Lotus Seeker.
Edwin Babcock Holden had graduated from Columbia College in 1883, and in April 1889 he married Alice Cort.  He and his bride moved into 311 West 82nd Street with his parents.  In 1891, two years after moving into 311 West 82nd Street, Arthur C. Holden was born.
Holden started out in the coal department of the Delaware, Lackawanna & Western Railroad, before forming the coal business William Home & Company with William Home in December 1889.  He would become best known, however, for his valuable collection of historic engravings of New York City, portraits of George Washington, and rare books. 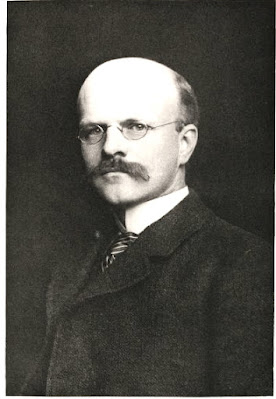 Edwin Babcock Holden was as well-known as his father.  Foreman-Farman-Forman Genealogy, 1915 (copyright expired)
In 1892 a Congressional committee was formed to "probe the coal combine," as worded by The New York Times on November 27.  Edwin R. Holden proved of little help to the congressmen's investigation.  The New York Times said:

Edwin R. Holden, Second Vice President of the Delaware, Lackawanna and Western Railroad, whose flowing side whiskers formed such an important factor last Summer before the State Senate Committee which investigated the Reading coal deal, was the witness of the day.  He was troubled with the same complaint that afflicted him in the Summer--a complete loss of memory at the most critical periods in the hearing. 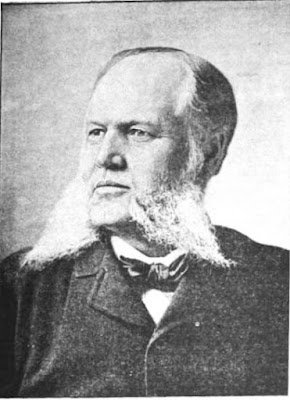 Edwin Ruthven Holden, The Coal Trade Journal, 1900 (copyright expired)
On February 12, 1900, The Evening News reported that Edwin Ruthven Babcock had resigned from the Delaware, Lackawanna & Western Railroad Co.  The article stressed that his resignation "is entirely voluntary," saying it was prompted by his age (he was 65), and "the unsatisfactory condition of his health and a desire to withdraw from active business life."  The Coal Trade Journal added, "It is understood that Mr. Holden is a man of ample means."
In 1902 the Holden family left 311 West 82nd Street.  Edwin Babcock Holden erected "a beautiful residence on Riverside Drive," according to the Foreman-Farman-Forman Genealogy, "one floor of which was largely devoted to his exceptionally well selected library of over 10,000 volumes and rare historic collections." The family retained possession of the 82nd Street house, leasing it to Mrs. T. Tileston Greene, who moved her Montpelier Home School for Girls into the residence.  Her advertisement in Harper's Monthly that year noted, "Limited number of boarding and day scholars.  Summer session for Music and Art students."
The estate of Edwin Ruthven Holden sold the house in January 1915 to I. G. Waterman and his wife, Daisy.  They leased it for a number of years to Leon N. Adler, a chemist.  Then, in May 1925, both it and the house next door at 309 West 82nd Street were sold.  The New York Times remarked that the buyer "will occupy same after making extensive improvements."  While the remodeled houses were not joined internally, they were  now used as Miss Ferguson's Residence, a well-chaperoned boarding house for well-heeled young girls to live while in New York City.  An advertisement in House & Garden described it as, "A home of exclusive patronage for girl students attending school, college or special courses in New York."

A typical resident was Reba Hinsdale who lived here in 1935.  She had graduated from St. Mary's School in Raleigh, North Carolina a year earlier, and now the St. Mary's School Bulletin said that she "is studying fashion illustration in New York City." 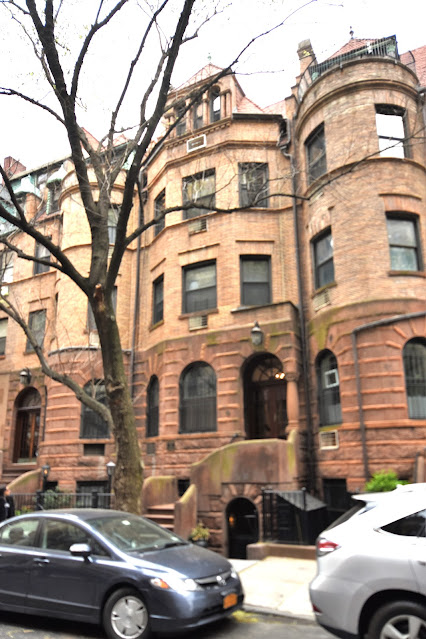 A renovation completed in 1953 resulted in apartments and "Class B" rooms in the structure.  That configuration lasted until a 1972 remodeling.  There are now two apartments per floor in the former Holden house.
photographs by the author
LaptrinhX.com has no authorization to reuse the content of this blog
Posted by Tom Miller at 1:00 AM