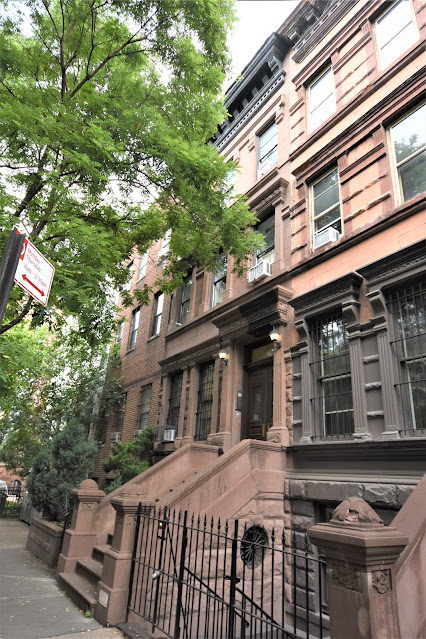 In 1889 developers Perez M. Stewart and Charles McDonald hired architect Henry L. Harris to design an ambitious row of ten brownstone-fronted homes along the north side of West 78th Street, between Columbus and Amsterdam Avenues.  Completed in 1890, Harris had designed the 20-foot wide residences in an A-B-C-A-B-C-A-B-C-A configuration.  They were a blend of several currently popular styles.
Among the "C" houses was 145 West 78th Street.  Its basement and parlor levels were faced in rough-cut blocks, typical of the Romanesque Revival style.  And then, surprisingly, he overlaid the chunky stone with formal, dressed and fluted pilasters on either side of the parlor windows.  They upheld a single ornate lintel carved with delicate Renaissance Revival decorations.  The doorway was given the identical treatment.  The upper two floors were faced in planar stone.  Harris duplicated the treatment of the parlor openings on the second floor.  A complex cast metal cornice completed the design. 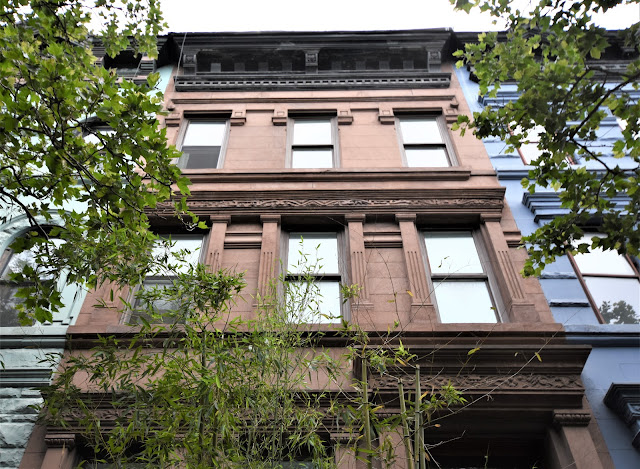 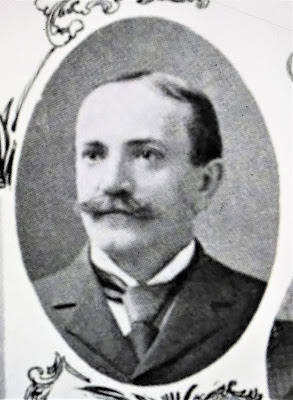 Emil Rinke, from The Great Sound Money Parade, 1897 (copyright expired)
When the Rinkes moved into their new home, their son, Arthur Werner, was six years old.   He would receive a private education at the esteemed Columbia Grammar & Preparatory School before entering Yale College.  Following his graduation in 1906, he went on to the Columbia Law School.
In the meantime, Emil Rinke was highly visible in business circles.   In 1896 he was appointed the treasurer of the Great Sound Money Parade, a massive demonstration of Manhattan businessmen in support of Presidential candidate William McKinley and and his running mate, Garret A. Hobart.
A few months later, on January 6, 1897, Rinke traveled to Washington D.C. to testify before the Committee on Ways and Means.  He pointed out to the congressmen "the great injustice which has been done to the wool-hat industry" by classifying wool hats in the tariff laws with blankets.  Somewhat sarcastically he explained, "wool hats are certainly wearing apparel."
The Rinkes sold 145 West 78th Street to Dr. John H. Huddleston and his wife, the former Mabel Parker Clark, in 1906.  The couple had been married in 1894 and had two daughters and a son.
Huddleston was born in Boston and had graduated from the Harvard Medical School in 1891.  His expertise on communicable diseases, especially tuberculosis, brought him to the forefront of the medical community.
Shortly after buying the 78th Street house Governor Charles Hughes was appointed Huddleston Trustee of the State Hospital for Incipient Tuberculosis.  He was, as well, an instructor and Chief of Clinic at the University and Bellevue Hospital Medical College and served on the advisory board of the New York Department of Health.
His affluence and social position were reflected in his several club memberships.  They included the Century, Harvard and Barnard Clubs.  He was the Permanent Secretary of his Harvard graduating class and, according to The New York Times, was "widely known to Harvard men throughout the country."
Mabel was highly involved in civic issues.  She was an officer of the Woman's Municipal League and the Association of Collegiate Alumnae.  Guests in her drawing room were often there for socially and politically relevant discussions.  On January 8, 1910, for instance, she hosted a gathering in the house during which William M. Ivins spoke on "The New York City Charter."  One month later, on February 3, she was appointed a member of the Board of Education. 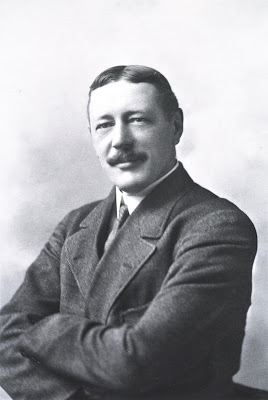 Dr. John H. Huddleston in 1911.  from the collection of the U.S. National Library of Medicine.
In the fall of 1915 Huddleston contracted pneumonia and died in the 78th Street house on October 30 at the age of 51.  In reporting his death The New York Times noted, "Dr. Huddleston was visiting physician at the Gouverneur and Willard Parker Hospitals, consulting physician at the United Hospital at Port Chester, and was connected with several other hospitals."
The following month a contributor to The Bryn Mawr Alumnae Quarterly wrote, "The most splendid tribute to him was from the fine men and women who gathered weeping at his funeral.  Few men, I am sure, have been more truly respected and beloved."
In September 1926 Bertha M. Bentley purchased 145 West 78th Street.  The Sun reported that she "will alter the building for a private school."  The alterations were apparently minimal, for less than two weeks later, on September 14, the newspaper reported, "The Bentley School, 145 West Seventy-eighth street, will commence its school year September 27."  The article said, "the school is an outgrowth of the Social Motive School founded eleven years ago by Miss Bentley."
Students here would experience an innovative curriculum.  Described in advertisements as "A progressive all day school for children," The Bentley School's classes included "citizenship, social life, morality, work and recreation."  Most significantly, Bertha Bentley was a pioneer in individual instruction, rather than formal group training.
The school did not remain in the house for especially long.  By 1933 it had moved to 48 West 86th Street and the 78th Street location was being operated as a "furnished room house" with four rooms per floor.
When the house was sold in 1940, the price raised the eyebrows of a reporter at The New York Sun.  He asked on June 20: 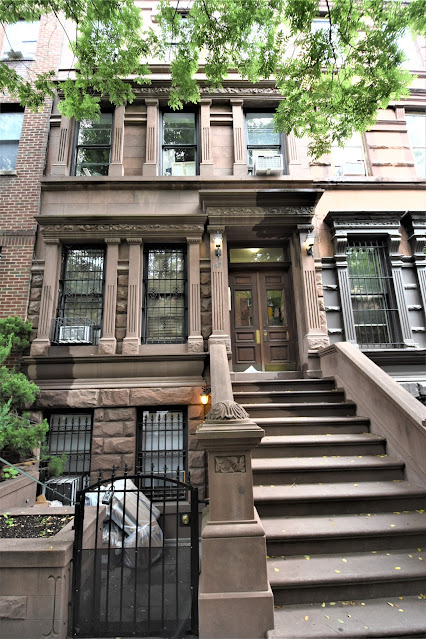 It was not until 1977 that the former Rinke house was converted to apartments, two per floor.  The exterior has been remarkably preserved, including even the original entrance doors.  The interiors have not been so lucky.
photographs by the author
no permission to reuse the content of this blog has been granted to LaptrinhX.com
Posted by Tom Miller at 1:12 AM