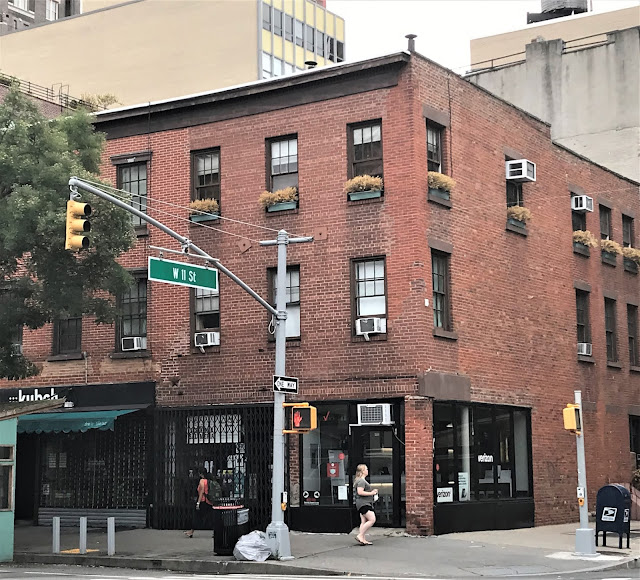 In 1841 James Marsh began construction on two identical brick-faced houses at the northeast corner of Sixth Avenue and 11th Street.  Completed the following year, they were three stories tall and each held a store at street level.  The shop in the corner  building, 148 Sixth Avenue (renumbered 462 in 1925) was the Solomon & Lawrence grocery store.  One of proprietors and his family almost certainly lived above the shop.
Thirteen years after opening, the owners opted to close the business.  An advertisement in the New York Herald on June 8, 1854 read:  "Family Grocery for Sale:  The stock and fixtures of the old established and well known family grocery, 148 Sixth avenue, corner of Eleventh street."
It was purchased by George Quimby, who ran the store and lived upstairs.  Quimby had a second grocery store a block away at 132 Sixth Avenue.  In 1855 and '56 Francis Gay boarded with the family.  He listed his profession as grocer, suggesting he worked in one of Quimby's stores.
George Quimby changed course in 1857 when he brought his son, George, Jr., into the business.  The grocery now became a hardware store, called George Quimby & Son.  The senior Quimby would have to run things on his own again after March 17, 1865 when George, Jr. was drafted into the Union Army.
Things returned to normal when George, Jr. returned safely home from the war.  Around 1880 the extended Quimby family moved to Seventh Avenue, but continued running the store here.  Then, after operating from the corner space for more than four decades, the Quimbys left in 1890 and the store once again became a grocery, run by Henry B. Cowles.
Cowles was less successful in the space than the Quimbys.  He declared bankruptcy in July 1898.  That October the "large double store" was advertised for rent, "suitable for any business."  It next became the retail clothing store of Henry Levintan.
By 1909 author Henry Harrison Lewis and his wife, the former Helen M. Smith, were living in the upper portion of the building.  Born in Anderson, Indiana in 1863, Lewis started his career as the author of serially published juvenile stories.  After serving five years as an editor with Street & Smith publishers, in 1898 he became a free-lance writer for magazines.
Although he was sent by McClure's magazine to Cuba during the Spanish-American War and wrote frequently in Munsey's Magazine, he continued writing for young boys.  Among the books he wrote while living here were the 1907 At the Mikado's Court: The Adventures of Three American Boys in Modern Japan, the 1903 Three Boys in Japan, and Sword and Pen: Or a Young War Correspondent's Adventures, published in 1902. 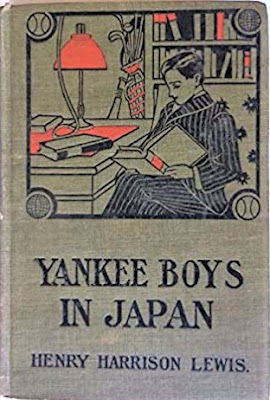 Following World War I the ground floor was divided into two stores.  H. Belgorod's bookstore occupied one of the spaces by 1921 and would remain at least into the mid 1930's.  Next door was a United Cigar Store.   On Sunday morning, October 26, 1927 armed robbers stormed into the cigar store, making off with the equivalent of nearly $6,500 today.
By then the building had been renumbered 462 Sixth Avenue.  In 1928 architect Charles M. Straub converted the upper floors into two apartments, one per floor. 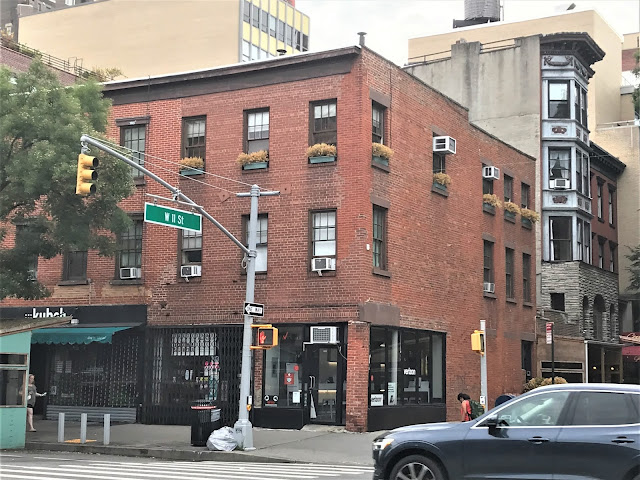 One of the shops was home to Niko's Magazine and Smoke Shop beginning in the early 1980's and lasting for more than two decades.  A renovation to the store front in 2010 eradicated any surviving historic elements.  It may have been at this time that the 19th century molded lintels were also removed (still seen on the once-identical building next door).
photographs by the author
LaptrinhX.com has no authorization to reuse the content of this blog
Posted by Tom Miller at 1:10 AM