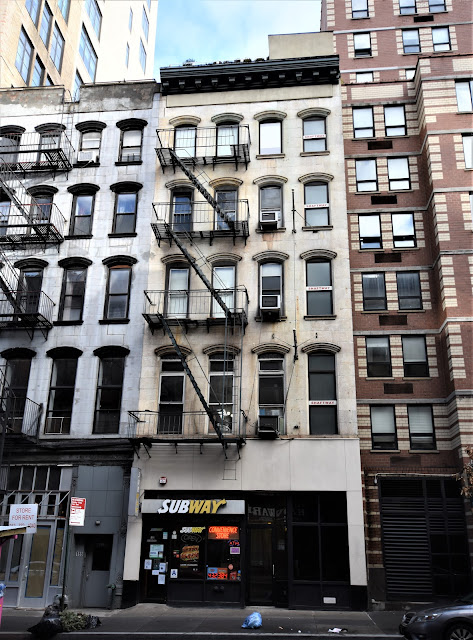 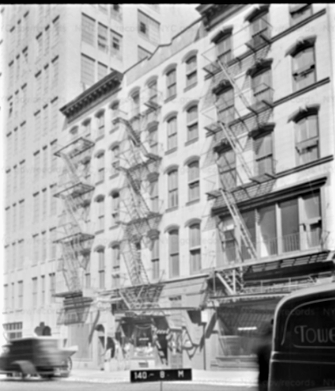 Before 1941 the cornice was replaced with a brick parapet.  via the NYC Dept of Records & Information Services.
The tavern expanded into the second floor in 1951.  The first floor now held a "bar, grill and cabaret" and the second a "restaurant and cabaret."  Small factories continued to occupy the upper floors.
As the Tribeca neighborhood grew trendier in the last quarter of the 20th century, the ground floor became home to Cheese of All Nations on the ground floor and Cheese 'n' Wine on the second.  In its Going Out Guide on May 2, 1972 The New York Times called Cheeses of All Nations a "store-of-a-thousand cheeses."  It was not so impressed with Cheese 'n' Wine.  "Although the idea of the restaurant evokes commendation, reality invites hope for improvement." 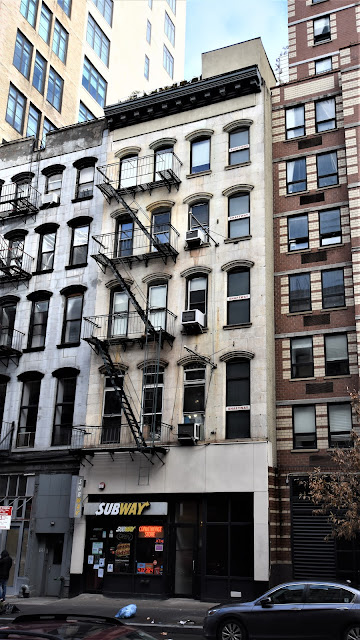 The late 20th century was not kind to the Victorian, cast iron storefront.
The cheese store remained at least through 1984.  A renovation completed in 2008 resulted in loft residences on the upper floors, including a duplex on the fifth floor and new penthouse, unseen from street level.  A reproduction cornice, lost prior to mid-century, was installed at the time.
photographs by the author
Posted by Tom Miller at 1:19 AM