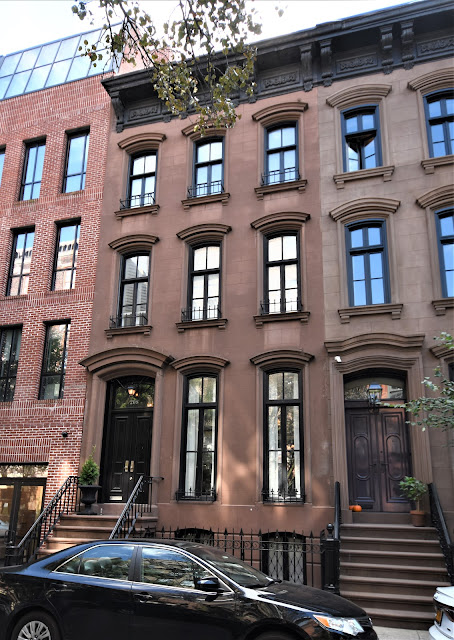 A renovation completed in 2002 resulted in two duplex apartments and brought back the mid-19th century appearance.  The stoop was refabricated and the lost architectural elements were replaced with applaudable approximations of the originals.
photographs by the author
Posted by Tom Miller at 1:23 AM