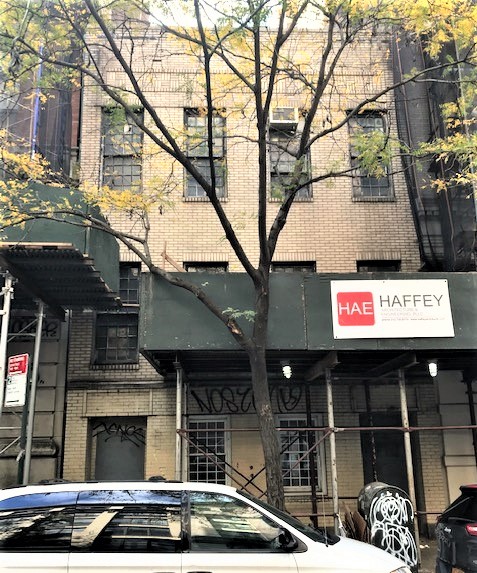 The first Blacks arrived in New Amsterdam in 1626, imported from Africa as slaves by the Dutch West India Company.  During the British occupation of New York City in 1776 the population soared after the Crown promised freedom to slaves who deserted their rebel masters.  It resulted in thousands of runaway slaves flocking into the city.  By 1780 there were more than 10,000 Blacks living in New York.  Finally, in 1827, slavery was abolished in New York.  But freedom did not necessarily translate into improvement in the lives of Black citizens.
The city, of course, was tasked with the education of all children; but integrated classrooms was not conceivable.  "Colored schools" were established, staffed by Blacks.  They were an offshoot of the first African Free School, established in 1787 on Mulberry Street.  Seven Colored Schools were organized in 1834.
In 1853 Primary Schools No. 27 and 29 shared the new 25-foot wide building at No. 98 West 17th Street (renumbered 128 in 1868).  Three stories tall and faced in brick, it had two entrances--one for boys and the other for girls--as expected in Victorian school buildings.  In the basement was a small living space for the janitress, Mary Sallie.
There were four teachers in each school, all unmarried women.  Their wages in 1855 ranged from $400, earned by H. A. McCormick (about $12,200 a year today), to the $100 salaries earned by Abbie M. Saunders and Eliza Ideson.  How the women survived on the equivalent of $3,000 a year in today's money is remarkable.
The street address was not the only thing about the school building that would change.  By 1861 it was renumbered Primary School No. 14 (H. A. McCormick was still teaching here at the time), and within two years it became Colored School No. 7.  That year it was staffed by seven teachers--four teachers in the Boys' Department and three in the Primary Department.
By 1866 the name was changed yet again, now known as Colored Grammar School No. 4.  Schools across the city staged a yearly exhibition of the children's work and this one was no exception.  On May 30 that year the New York Herald reported "The exhibition of Colored Grammar School No. 4 took place last evening at the Cooper Institute.  The audience was quite large, and included a few white persons, both male and female, and was well pleased with the exercises embraced in the programme."  The newspaper was careful to point out that the school was "formerly No. 7."
Rather surprisingly, two specialized teachers were added to the staff in 1868.  William Appo, a renowned Black musician, taught music and S. Anna Burroughs taught drawing.
Graduating from grammar school was an important milestone, especially for Black children who were often pulled from school in order to work and help their families financially.  On March 5, 1869 The Sun reported "In Colored Grammar School No. 4, in Seventeenth street, Mrs. Sarah J. S. Thompkins, the principal, treated her pupils to an inauguration celebration.  Remarks were made by the Rev. Charles B. Ray, Fred Sill, C. E. Blake, Jacob Thomas, and William F. Busler."
The position of music teacher was taken by Joan Imogen Howard, who came from Boston, Massachusetts.  Like William Appo, she was recognized as an accomplished musician.  She was as well an ardent worker for integration and racial rights.  On October 30, 1892 The World reported "Miss J. Imogen Howard, the only colored women on the Board of Lady Managers of the [Chicago] World's Fair, is busily engaged in gathering statistics concerning colored women in New York State. 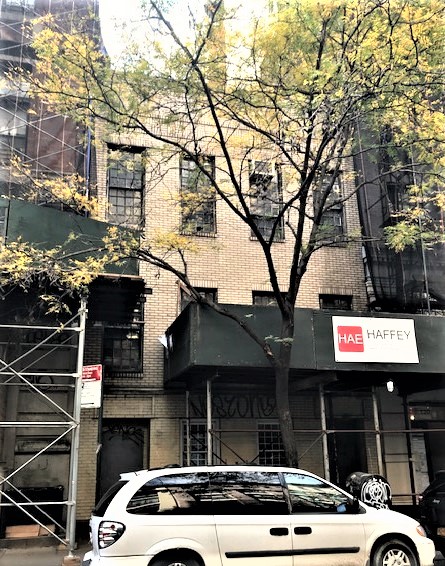 The building was later acquired by the New York City Department of Sanitation, which utilizes it today.  At some point a a veneer of yellow brick was applied.  Remarkably, the small paned windows survive.  The little building with its remarkable history is easily passed by today with little notice.
photographs by the author
many thanks to Laurence Frommer for prompting this post
Posted by Tom Miller at 1:09 AM