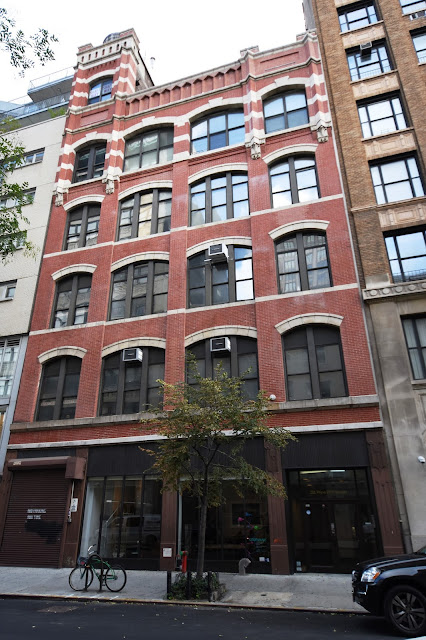 In the last quarter of the 19th century Charles Percival Ketterer was well-established as a manufacturer of “business wagons.”  Initially doing business as C. P. Ketterer Co.; he reorganized as Ketterer & Kobler when he took his brother, Philip H. Ketterer, and S. Percival Kobler into the business.

Ketterer & Kobler specialized in designing and manufacturing “specialty wagons.”  When the American Telephone and Telegraph embarked on its ambitious project of stringing telegraph lines across America, it turned to Kettering & Kobler for its vehicles.  Among the custom wagons it ordered were six-man sleeping wagons, kitchen and lunch wagons, and foremen’s wagons.

By 1901 Ketterer & Kobler’s business was such that its Manhattan and Hanover, Pennsylvania factories were insufficient and a large five-story building was added in Philadelphia “for a repair shop, repository, etc.,” as reported on March 1, 1901 in The Hub, a trade journal.  In reporting on the additional facility, the journal noted “This firm enjoy the reputation of being among the leading builders of business wagons and specialty vehicles.”

Expansion continued in 1905 when the Manhattan facility at Nos. 214-216 West 17th Street proved no longer adequate for Ketterer’s booming business.   In April that year, Charles Ketterer and S. Percival Kobler secured a $35,000 building loan from William Laue (about $970,000 in today’s dollars) as they planned a new factory.

By August the firm had decided on the firm of Ross & McNeil as its architects.  James Ross and Charles R. McNeil had been in partnership since 1898.  For Ketterer & Kobler they produced an structure that did not surrender style to utilitarian purpose.

Four stories of red brick trimmed in contrasting white stone sat upon a cast iron base with up-to-date decorations.  The rather commonplace design of the central portion became anything but at the fifth floor and the offset rooftop tower.  Carved brackets, a blind arcade, angular protruding piers and a red-and-white striped effect smacked of the neo-Gothic.

Within a decade of the building's completion C. P. Ketterer & Co. was struggling.  The horse-drawn delivery wagons were being outnumbered by motorized trucks.   The looming factory on 19th Street employed only 35 workers in 1913.  In 1914 it was gone altogether.

On June 4, 1914 The Automobile reported “Heindl & Rothvoss, machinists making a specialty of automobile repairing...have moved to larger quarters at 211-215 West Nineteenth Street.”  Within only a few years the building would be shared by other automobile firms.

In 1917 the newly-formed M. C. Motor Sales Corp. opened its showroom and repair shop here.  The firm sold D-E and Steigman trucks.  At the same time the Goodman Auto Body Co. was in the building, manufacturing high-end chassis for Packard, Cadillac, Locomobile and others.  Another firm, the Royal Motor Body Co., dealt in excess stock of chassis manufacturers.

The descriptions of the chassis, identical to those custom-made by Goodman Auto Body, suggest that the two firms were actually connected.  A Royal advertisement in The Sun on October 14, 1917 offered chassis for “Pierce Arrow, Packard, Locomobile, Cadillac, Marmon, Owen, Magnetic, Stearns and others.”  The ad explained “These bodies were contracted for by a large body dealer who is unable to meet his obligations.  We are selling them at the price quoted to the dealer, representing a savings of hundreds of dollars on the retail price.” 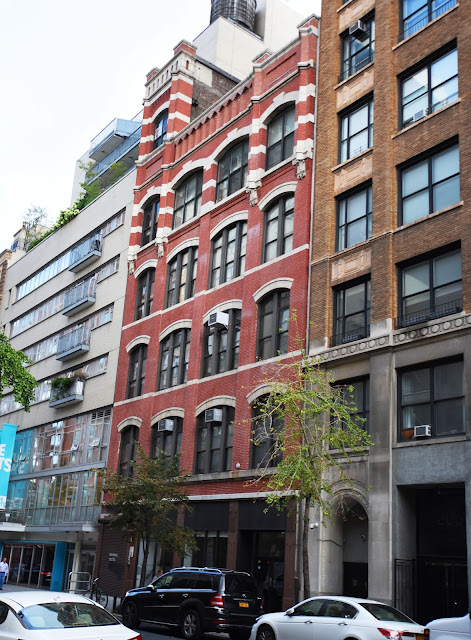 By the time the United States entered World War I the automobile industry had become centered along the stretch of Broadway from Times Square to 72nd Street—known at Automobile Row.

The former wagon factory on West 19th Street became home to a variety of businesses.  The Boissier Electric Company was here by 1918; and in 1921 the Metropolitan Fur Dyeing Company took the fourth floor.  That year E. Kronman Inc. was also in the building, manufacturing hotel and restaurant equipment.  And in April 1939 the Vanleigh Furniture Company leased the entire building. 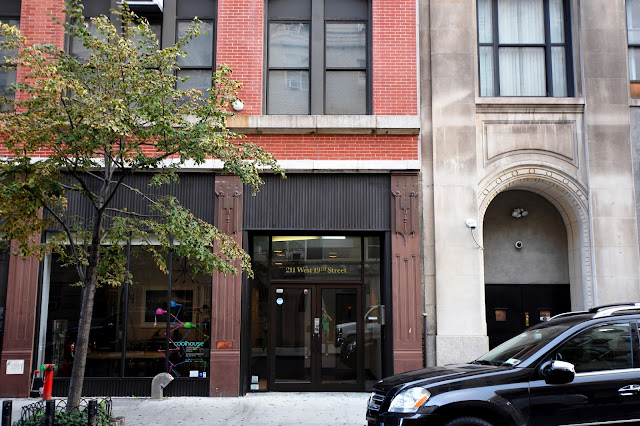