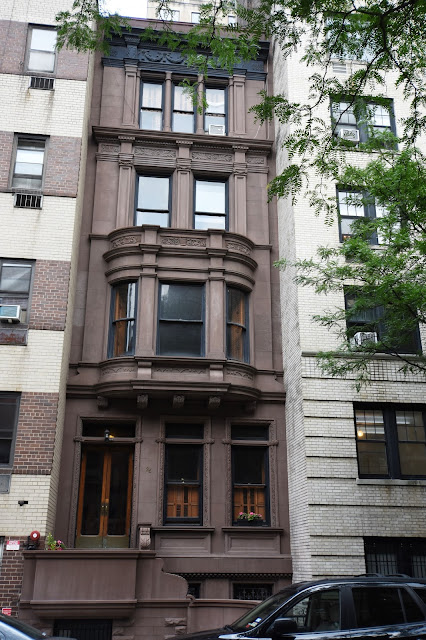 As development of the Upper West Side exploded in the last two decades of the 19th century, several of the most prolific architects got in on the lucrative trend by sometimes acting as their own developers.  Such was the case in 1890 when the firm of Cleverdon & Putzel designed four speculative rowhouses on West 71st Street between Central Park and Columbus Avenue.  The real estate on which the dwellings were erected was owned by Estelle Putzel and Belle Levy.

Robert Cleverdon and Joseph Putzel did not limit their practice to upscale homes, nor did they focus on any specific neighborhoods.  They designed rowhouses, office buildings and even a crematory in Queens.

The 71st Street row, completed in 1891, included No. 25 which, like its neighbors, was faced in brownstone and reflected the well-heeled residents flocking to the blocks off Central Park.  The Renaissance Revival style home was four stories high over an English basement.  A graceful dog-legged stoop swirled to the sidewalk, the sole fanciful element of the formal home. 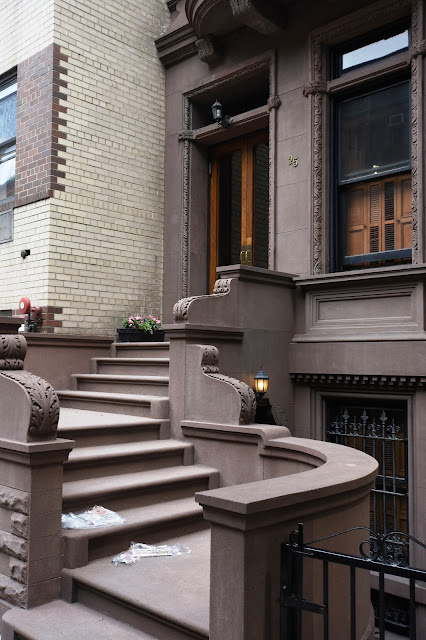 A second-story curved bay was the highlight of the design.  Above, paneled pilasters and foliate-carved spandrels added to the cultured atmosphere.  Below the cornice was a pressed metal frieze of garlands.

Peter Banner was a major player in the real estate game at the time, constructing and operating apartment houses.    It is doubtful that he ever lived in No. 25 West 71st Street; but he was its owner as the decade drew to a close.  On January 12, 1900 the New-York Tribune reported he had leased it to the Emanuel Congregation for three years at $30,000.

Almost simultaneously, Banner traded the house to real estate operator Michael Tully for his apartment building at No. 306 West 80th Street, still under construction.  In January 1900 The Evening Post Record of Real Estate Sales reported on the trade, saying that the new structure was sold at $130,000.  Banner paid cash for the difference—the 71st Street house was valued at $50,000 (about $1.45 million today).

Tully quickly sold No. 25 West 71st Street to Emanuel Congregation for $45,000.  The wealthy congregation had been in existence since 1845, the first Reform Jewish congregation in the city.  Its magnificent Temple Emanu-El was to the south on Fifth Avenue at 43rd Street.  What the congregation used the 71st Street house for is unclear; although it may have been purely an investment.

By 1916 it was home to A. E. Vondermuhll, a director in the Mahoning Investment Co. and the Overseas Securities Corp.   And in 1922 one resident was involved in amateur radio.  On February 8 that year, at 8:30, the house was the meeting place for the Hudson Radio Club “for the purpose of discussing the attitude of the Department of Commerce toward the amateur broadcasting stations,” reported The Evening World.

That radio enthusiast may have been a member of Julius Israel’s family.  The 89-year old died in the house in October 1925.  The oldest member of Congregation Kehilath Jeshurun, his funeral was held in the house on Sunday October 25.

The house became the property of the Bank of New York and Trust Company in the Depression years.  In February 1936 it was sold to Frederick A. Jambes.  The New York Times reported “the buyer plans to renovate the house, which is assessed at $26,000.”

Before the end of the year Jambes had created two apartments per floor, including the basement level.  His renovations ignored the façade, preserving its 1891 appearance.  Throughout the rest of the century the building was home to well-heeled residents.  Despite its several owners and the replacement of the surrounding rowhouses with modern apartment buildings, the outward appearance has remained refreshingly unchanged. 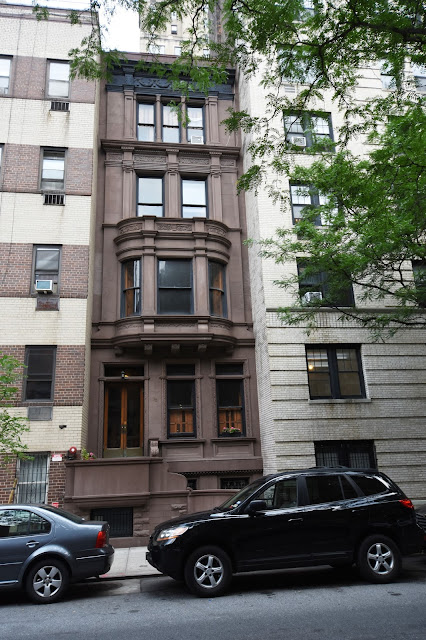