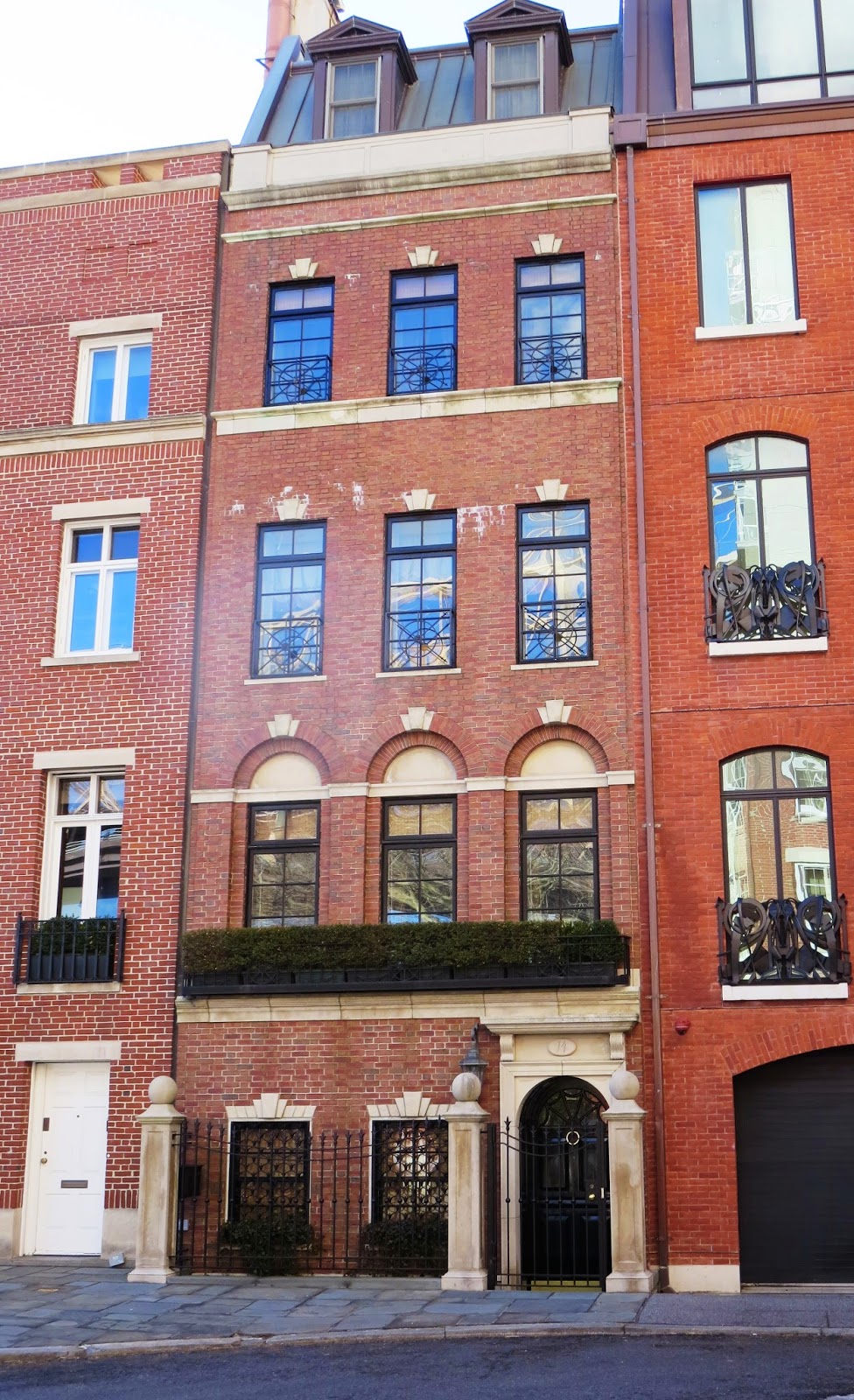 On July 16, 1920 the New-York Tribune reported that Sutton Square, Inc. had sold the “three-story dwelling at 512 East Fifth-Eighth Street to Dr. Foster Kennedy.”  The news was somewhat unexpected.

A group of wealthy urban pioneers that year had struck out on a social experiment many thought preposterous.  The remote neighborhood in the shadow of the Queensboro Bridge included a brewery, tenement buildings and neglected brownstones of the 1870s.  Now millionaires like W. Seward Webb, Jr. (whose mother was Lila Osgood Vanderbilt and who was married to the daughter of Mayor Gaynor) and Eliot Cross (of the architectural firm Cross & Cross) had formed Sutton Square, Inc. and, for $100,000, purchased the 18 homes enclosing a common garden—the east side of Sutton Place from 57th to 58th Street, and the southern block of 58th Street from Sutton Place to the River.

The establishment of an exclusive residential “colony” in what The New York Times referred to as “a slum” was shocking to many.  But within months Dr. Robert Foster Kennedy (he rarely used his first name) would be joined by buyers like Anne Vanderbilt, widow of William K.  Vanderbilt; Anne Morgan, daughter of J. P. Morgan; and conductor Walter Damrosch.  As reflected in the corporation’s name, the group intended the enclave to be called Sutton Square, as it was for a short time.  Eventually only the one-block section of 58th Street would keep the name.

The restraints on remodeling the Victorian homes were made clear in the Sutton Square, Inc. deeds.  “The group is not to be razed, but entirely rebuilt.  Nothing will be left standing but the walls of the houses,” reported the New-York Tribune on December 26, 1920.  “The brownstone stoops, the window ledges and other protrusions are to be cleaved off, leaving a straight front to the outside world.”

The house Dr. Kennedy purchased had become operated as a boarding house.  In August 1900 Ashcan School artist Robert Henri moved in.  Bruce Weber, in his Paintings of New York 1800-1950, describes the Sutton Square neighborhood at the time.

“The artist’s flat overlooked the East River, was one block from coal-loading piers, and was not far from the riverfront’s many slaughterhouses as well as the city’s main garbage dump.”

When Dr. Kennedy purchased his brownstone, it retained its 58th Street address; but that would change before his renovations were complete.  The doctor commissioned H. O. Milliken to transform the vintage structure.   The young architect had graduated from Princeton University in 1905, then immediately traveled to Paris to study.  He now, like most of the architects working on the Sutton Square houses, would turn to the American colonial period for inspiration.

The transformation, as with all the Sutton Place homes, was remarkable.  Milliken moved the entrance to just below street level, originally the English basement.  As a result the three-story house became four.  Renumbered No. 14 Sutton Square, it was faced in variously-colored brick laid in Flemish bond.  Trimmed in white marble and limestone, the neo-Federal townhouse featured splayed keystones; a row of arched openings, each enclosing a blind tympanum, at the second floor; and a dormered mansard behind a stone parapet.

Dr. Foster Fletcher moved into his new home from No. 20 West 50th Street with his wife, the former Katherine Caragol de la Terga and their daughter Hessie Juana.  The 35-year old neurologist was already internationally-known.  Chief of Neurological Services at Bellevue Hospital, he had recently worked with shell-shocked soldiers on the front of World War I.  During the conflict he served as physician-in-chief of a French military hospital and later as a Major of the Royal Army Medical Corps.

His 1918 study The Nature of Nervousness in Soldiers directly contradicted the theories Sigmund Freud.  While Freud felt that shell shock was psychosomatic; Kennedy called it a manifestation of hysteria—the internal conflict between instinct for self-preservation and his herd instinct.  He was a pioneer in the use of electroconvulsive therapy in cases of psychosis, a leader in the study of addictions, and lent his name to the Foster Kennedy Syndrome.

Foster and Katherine Kennedy would live in the Sutton Square residence for decades.  The doctor’s prominence led to his name being publicized for the most minor issues—like the newspaper article on March 17, 1937 that informed readers that Kennedy “was found not guilty yesterday at a hearing before Magistrate Thomas A. Aurelio in Traffic Court on a charge of having passed a red light on Jan. 18.”

The Kennedys were socially visible, rubbing shoulders with Manhattan’s elite at concerts, summer resorts and dances.  Katherine threw herself into war relief efforts as World War II erupted in Europe.  Violinist Efrem Zimbalist gave a Carnegie Hall recital in December 1940 for the cause; and on December 19 The Times noted “in the interest of the Zimbalist concert, Mrs. R. Foster Kennedy will give a tea Friday at her home.”  On the night of the recital, the Kennedys gave a dinner, “taking their guests later to the concert by Efrem Zimbalist, violinist, at Carnegie Hall.”

Katherine’s polite entertainments included participation in the East Side Garden Tours.  In 1942 she teamed up with next door neighbor Mrs. Kenneth Taylor, who lived at No. 12, to serve tea in the gardens for the ladies on the tour.

At the time, however, the Kennedy name carried with it a taint; at least for some.  Dr. Kennedy was President of the Euthanasia Society of America and his theories regarding mercy killings were considered radical and shocking to many Americans.  Especially after the revelation of the horrors of Nazi Germany, public favor for the practice had diminished.  Dr. Foster Kennedy was unmoved by the war atrocities, which he found unrelated.

He argued that the lives of persons “born defective” should be ended, saying this was the most humane treatment they could receive.  In 1942 he published an article in the journal of the American Psychiatric Association supporting the killing of retarded children over five years old.  He referred to them as “those hopeless ones who should never have been born—Nature’s mistakes.”

Nevertheless, Kennedy’s fame among the medical community and his expert speaking skills outweighed the his questionable stance on the issue.  The New York Times called him “a scholar and a wit, connoisseur and philosopher, an accomplished orator and raconteur.”  The newspaper said “The medical fraternity came to regard him as a modern version of a Delphic oracle who always could be counted upon to highlight the essence of a subject with a trenchant quotable phrase.”

On December 30, 1952 Kennedy “was stricken at his home, 14 Sutton Square,” according to The Times, and taken to Bellevue Hospital.   He died there on January 7, exactly one month before his 58th birthday.  In October Katherine leased the furnished mansion to John R. Riley, Jr.

By 1956 it had become home to attorney Walter D. Fletcher.  His wife, Eleanor Langley Fletcher, was the former wife of James H. Van Alen—a well-known figure in Newport society.  As it had been when the Kennedys lived here, No. 14 was the scene of brilliant entertainments, often for the benefit of organizations like the United Fund Committee. 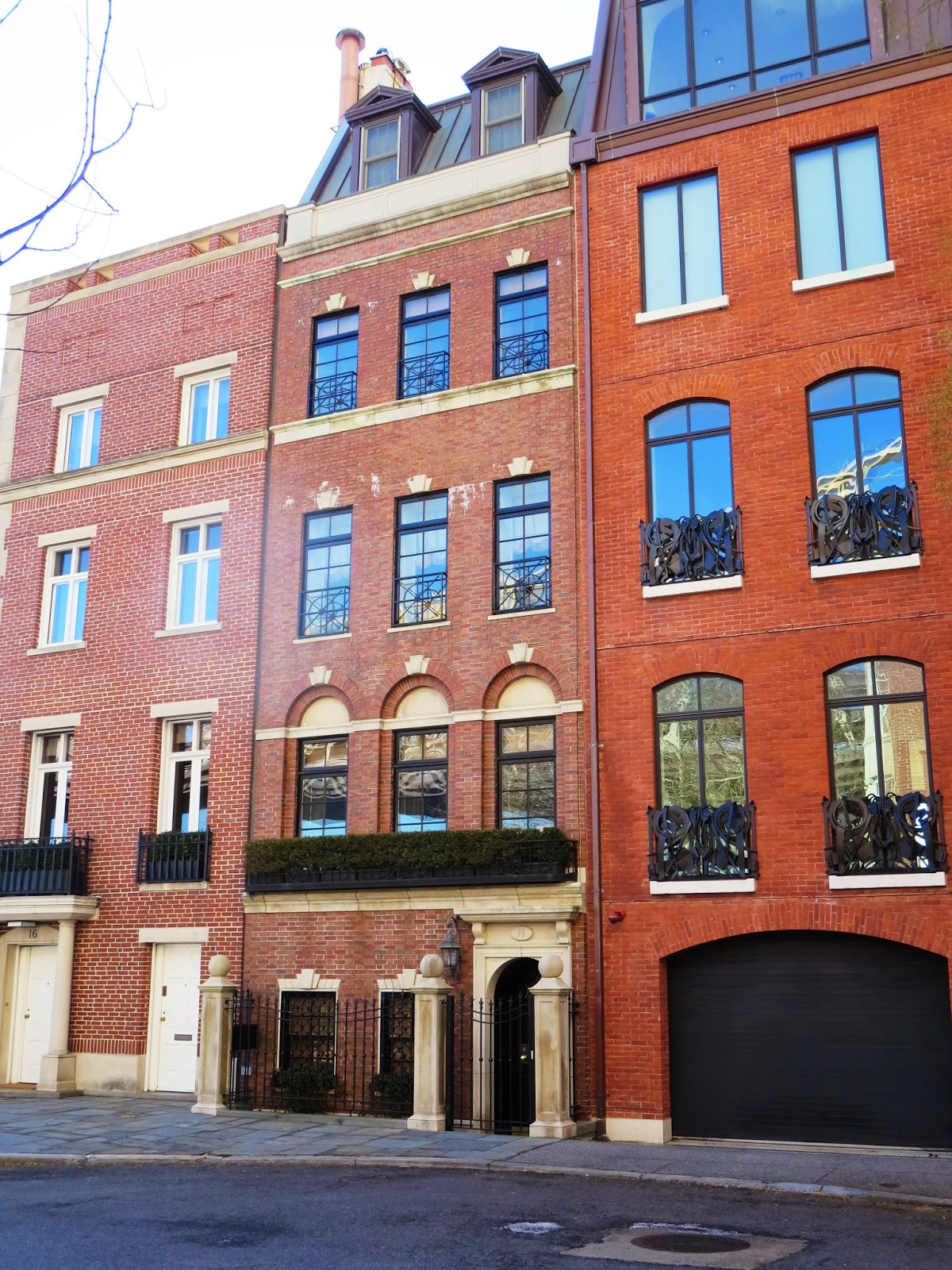 When No. was placed on the market in 1991 for just under $3 million, realtors listed five bedrooms, a wine cellar and library among its features.  A gem tucked away on a nearly unknown block, it recalls the description of Sutton Place anticipated by a New-York Tribune writer in 1920 “old-fashioned brick and other materials will make a picture such as artists paint of corners of ancient cities of the world.”