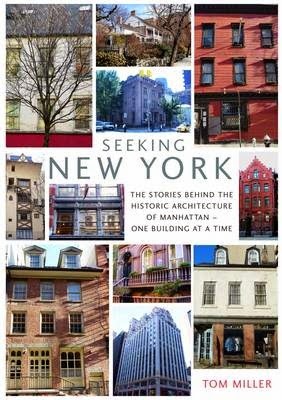 Over five years ago, in 2009, I met up with a good friend, Paul Anater—who was then working in an architectural office in Florida—for lunch.  I remember strolling along West 54th Street between 5th and 6th Avenues and doing what I cannot help myself from doing:  narrating the stories of Manhattan.  That particular block holds a trove of extant one-time residences from Fifth Avenue’s gilded age and I paused several times to point out the Lehman mansion, the Moses Starr house, and the James Goodwin residence, among others.  I talked about the magnificent John D. Rockefeller house, demolished for the Museum of Modern Art.

As we moved on to 5th Avenue Paul remarked, “You have to write a blog.”

I would have dismissed the idea—I wasn’t really positive at the time what a blog was—but my friend was persistent.  After a few months of being badgered, I sat down one Saturday afternoon and wrote a post.  Then I realized I couldn’t put it out there without a title.  I gave it little thought because I was much less confident than Paul that anyone would be interested in my writing.  Hailing from Ohio and writing about New York City, I dubbed it “Daytonian in Manhattan.”

After six years of writing about more than 1,500 Manhattan buildings, statues, fountains and “other points of interest that make Manhattan fascinating,” it seems that, indeed, there are people reading the blog.  What Paul Anater realized on that afternoon in 2009 is that my retelling of the personal histories is much more absorbing than the mere regurgitating of architectural styles, dates and materials.

Having heard tales of authors receiving rejection letters, and knocking fruitlessly on the doors of agents and publishers; I was dumbfounded two years ago when I received an email from London containing four words I never could imagine reading:  “May we publish you?”

It was the start of a wonderful relationship with Pimpernel Press, Ltd. and a talented crew led by Jo Christian.  I learned how much work and how many people are involved in the publication of a book.  There were graphic designers, fact checkers, an indexer (I never knew such a person existed), photographers and editors.   And finally last fall Jo sent a message saying we were “ready for press.”

Pimpernel Press, Ltd., who is publishing the British edition, teamed with Rizzoli for the U.S. publication.  And now the two houses are announcing the upcoming releases—March 19 in Great Britain and March 10 in the United States.  It is rather surreal to see my name on the cover of the books and in the press releases from Rizzoli:

Seeking New York tells the back stories of about 50 buildings with one or two fountains or statues in the mix.  They are stories that not only bring those places alive; but are the type of personal histories--good and bad, grand and humble--that make Manhattan the wonderfully unique place it is.

And if my mother has anything to do with it, Seeking New York will be a best-seller.  She has already pre-ordered 10 copies.
Posted by Tom Miller at 2:31 AM