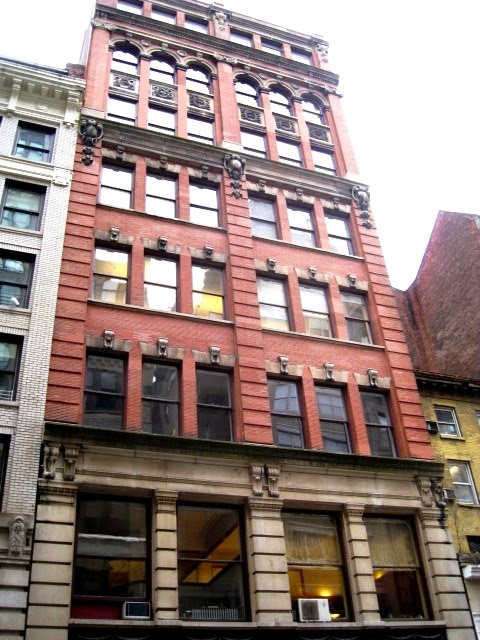 As the turn of the last century approached, almost all of the brick and brownstone residences on East 20th Street between Broadway and Park Avenue had been converted for business or razed.  In 1899 two more, Nos. 36 and 38, would go.

The two 20-foot wide homes, both owned by the Remsen Estate, were being used by high-end dressmakers in the 1890s.  Additionally the Gramercy Laundry operated out of the basement level of No. 38 in 1895.  But with the millinery and apparel districts inching northward, the potential value of the real estate for commercial purposes far outweighed that of the old dwellings.  On January 27, 1899 The New York Times reported that the three-story houses had been sold to the real estate firm of Boehm & Coon.  Only days later, The Evening Post Record of Real Estate Sales noted that the firm had resold the properties “to a builder who will erect an eight-story building on the site.”

The “builder” was speculative developer John Walker.  He commissioned architect Franklin Baylies to design a modern loft and store structure on the site.   Plans were filed in March and the Real Estate Record & Builders’ Guide noted they called for “8-story brick, stone and terra cotta fireproof stores and lofts.”

Completed in 1900, the Beaux Arts-style building was as up to date as it was eye-catching.   A two-story base of rusticated limestone framed the first-floor retail space.  Its cast iron storefront featured a bowed show window and exuberant ornamentation of garlands, arabesques and cartouches.   The red brick of the upper floors was contrasted with white limestone courses, lintels, cornices and carvings.  Large, heavy cartouches below the fifth floor cornice matched those of the cast iron store front.  Baylies’s decoration of the topmost floors was controlled and yet sumptuous.

The building quickly filled with apparel-related firms, like Simon Brothers, manufacturers and dealers in furs.   The firm was located on the fourth floor where flammable components like glues were stored.   After employees left for the night on July 8, 1904, something in the shop began slowly smoldering.  After several hours, around 7:00 in the morning, the pile burst into flames.

Fire fighters rushed to the scene, but the intense blaze took more than an hour to extinguish.  Officials estimated the damage to be around $10,000—nearly a quarter of a million dollars today.

But not every tenant in the building at the time was an apparel firm.  That same year architect Charles Platt operated from here.

In December 1909 the Cincinnati-based firm of P. R. Mitchell Company leased the store and basement “for a long term of years, at an aggregate rental of $45,000,” as reported in The New York Times.   While the store would cater mostly to women searching for bedding and pillows; the firm was also a wholesale dealer of upholstery stuffings.  Its listing in the American Trade Index the following year noted that it offered “Curled hair ‘Sterilized’ for all upholstering purposes, feathers and down for bedding purposes, turkey quills for duster and millinery purposes, bristles; tickings, denims, cretonnes, etc.; feather dusters; pillows and cushions.”

The building saw a surprisingly-quick turnover in ownership starting in 1913.  Five years earlier Julius Heimann had purchased it.  Now in July 1913 he sold it to the Salisbury Realty Company, which resold it in January 1914 to Minna M. Coester.   At the time the city assessed the property at $240,000.

Changes in ownership apparently did not negatively influence the building’s tenant list.  In May 1915 Pomeranze Bros., makers of cloaks and suits, moved in.  Prior to the move American Cloak and Suit Review made note of the increased space.   “While Pomeranz Bros. are now occupying extensive quarters, they have developed their business so successfully recently that they completely outgrew their accommodations and will have ample room to care for their increased business in their new home.” 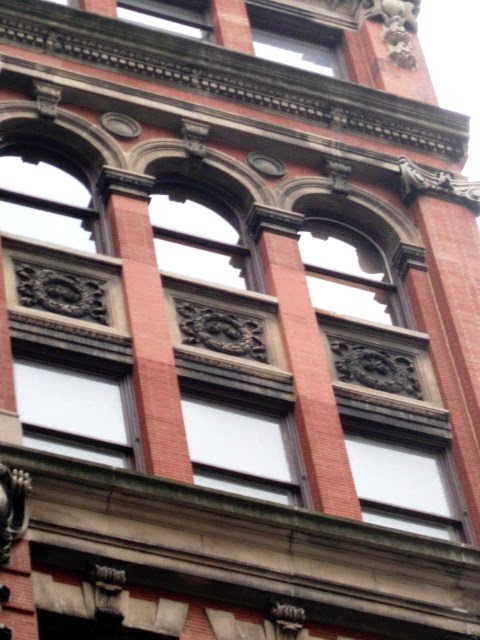 The same year Tuttman Bros. & Rosen was organized to produce what The Corset and Underwear Review called “Attractive styles in infants’ and children’s dresses and children’s undermuslins.”  The journal said “They are featuring all white garments, which are being marketed as the ‘Daisy Brand’ line.”

Other tenants in the building in 1917 included P. J. Barash, who advertised “The Big 5 Skirt Line” saying “Come downtown and Save Money at Barash’s;” and Chas. Kafka & Co, manufacturers of dress skirts.  Kafka promised his buyers that year “The last thing I would think of would be to antagonize the buyers whose confidence and good will I value so highly and want you all to know that I am serving your  best interests by marking my skirts as low as possible.”

Eventually the garment district moved northward, past 34th Street.  As apparel firms moved out, vastly different companies moved in.  In 1933 the store became home to Samuel Wach and Samuel Berger, manufacturers of paper boxes.  Seven years later it was leased to the Chisolm Company, vendors of barber supplies. 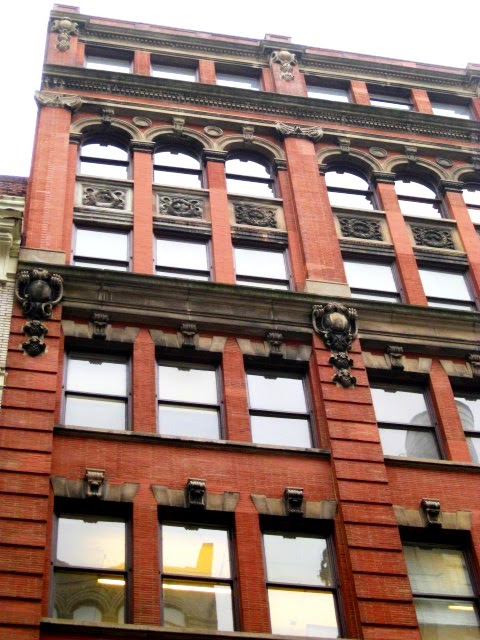 Astoundingly, as the neighborhood and the tenant list changed, the exterior of Nos. 36-38 East 20th Street remained unchanged.  Today the ground floor retail space where P. R. Mitchell Company sold feather-filled comforters is home to a trendy restaurant.  Its wonderful bowed show window survives with little alteration, the cast metal store front is intact, and even the three sets of 1901 double doors remain.  And above, Franklin Baylies’s ebullient Edwardian façade deserves a craned the neck from across the street.