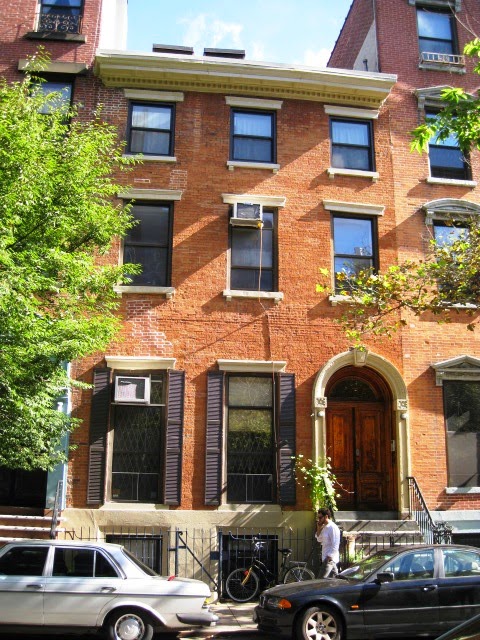 By the 1830's attorney and banker Thomas E. Davis had become perhaps more interested in real estate development than his primary professions.  He would become a major player in the East Side north of the exclusive Bond Street neighborhood; as it transformed from farmland to residences.  Beginning around 1831, he erected rows of speculative brick homes in the area.


As the decades passed, the neighborhood changed.  The Lower East Side saw the influx of immigrant families following the end of the Civil War and tenements soon outnumbered private homes.  Nevertheless 37 East 7th Street held out and in the 1890's was the home of Dr. Milo M. Duncan (sometimes spelled Mylo) and his wife Rebecca.

According to a nameless young man, he was leaving the Star Theatre when he saw Mrs. Duncan.  “She was there with a crowd around her when I came along and I asked her what was the matter.  Then she caught hold of me and accused me of stealing a diamond ring.”

A year later Dr. Duncan had apparently had enough.  In May 1897 he sued Rebecca for “absolute divorce,” claiming she had been intimate with Henry White on April 15.  Rebecca Duncan vehemently denied the charge and blamed their differences on the doctor.

As the turn of the century arrived, most of the houses along the block had been altered or demolished—but not 37 East 7th Street.  By 1904 the Independent Order B’rith Abraham of the United States of America was using the basement and parlor floor as its headquarters.  Max Schwartz, First Deputy Grand Master of the Order, owned the building.  The upper floors were apparently leased to The Baker & Taylor Co., booksellers.

On March 7, 1912, the New-York Tribune noted that Max Schwartz had renewed the lease for the “parlor floor, etc.” to the Independent Order B’rith Abraham of the United States of America.  The lodge would pay Schwartz $2,600 for the 15-year lease.  Quickly, however, the Order rethought the arrangement.

By the time the United States entered World War I, the German population of Manhattan had greatly abandoned the Lower East Side for the Yorkville area.  Nevertheless, the neighborhood around the Order B’rith Abraham still had a noticeable German-born population.  Now with Germany the nation’s enemy, German-speaking New Yorkers were eyed with suspicion and fear.

“Next Sunday, after the close of the registration period, each policeman will start out to investigate and verify the information given by the registrants on his beat.  If everything is found correct, registration cards will be issued within a fortnight,” said the New-York Tribune.  “Wrong addresses or misinformation, will result in turning the case over to the Department of Justice.”

Those Lower East Side residents with Germanic surnames lined up outside 37 East 7th Street.  Somewhat ironically the majority of the lodge members were of Germanic descent.  From its inception, however, the order had been outspokenly patriotic. 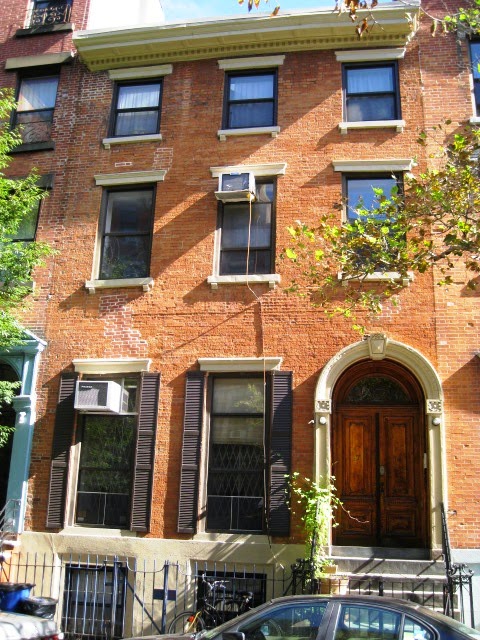