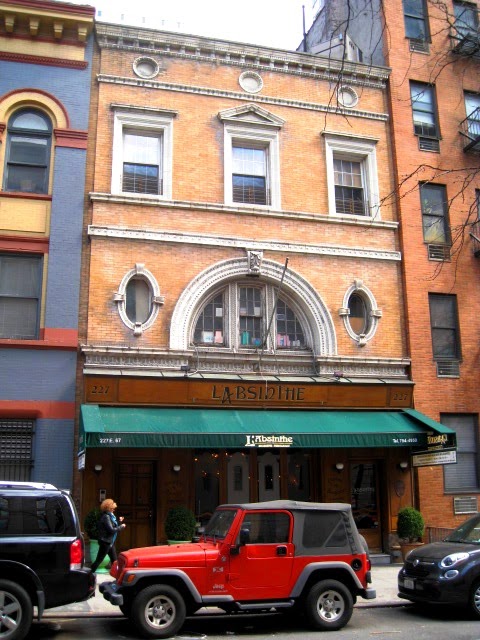 In 1892 L. Goldsmith & Son’s trunk factory still operated from No. 227 East 67th Street; but the block had significantly changed in the past decade.  Once a marginal neighborhood of modest homes and small businesses like Goldsmith’s; it now saw the rise of elegant private carriage houses of millionaires living on Fifth and Madison Avenues.

John D. Crimmins’s carriage house sat next door, at No. 225.  In 1887 he constructed the St. John’s Day Nursery—disguised as another upscale stable—on the adjoining plot at No. 223.  Before long the Goldsmith factory was demolished and in its place rose a carriage house even more handsome that of Crimmins.  Clad in beige ironspot brick and trimmed in limestone and white terra cotta, it was a Beaux Arts beauty with touches of Renaissance Revival.  An eye-catching central arch at the second floor, capped with a scrolled foliate keystone and flanked by oval openings, created the focal point of the design.  Above this quite-Parisian level three much more sedate openings quieted the party. 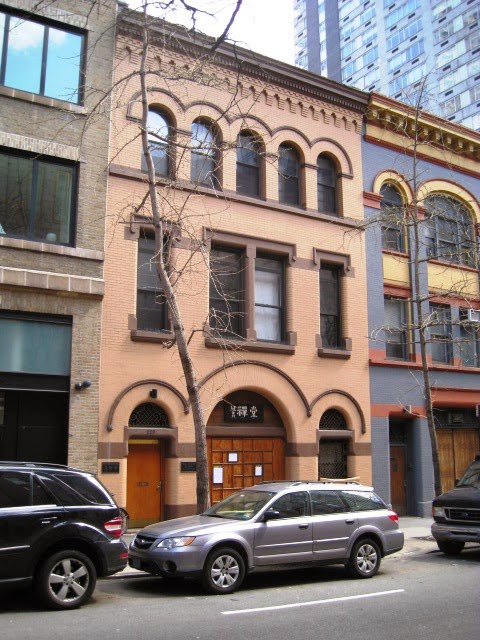 By the time the carriage house was completed the automobile was already making its presence known.  In 1919 the still-young building was threatened when Jerry O’Leary purchased both the Crimmins stable and No. 227.  On August 2 that year he announced that he had commissioned architect J. M. Felson to design a four-story “brick and reinforced concrete garage” to replace the outdated structures.  O’Leary intended to spend $50,000 for the new garage—about $675,000 today.

Something went amiss in O’Leary’s plans and the two carriage houses survived. 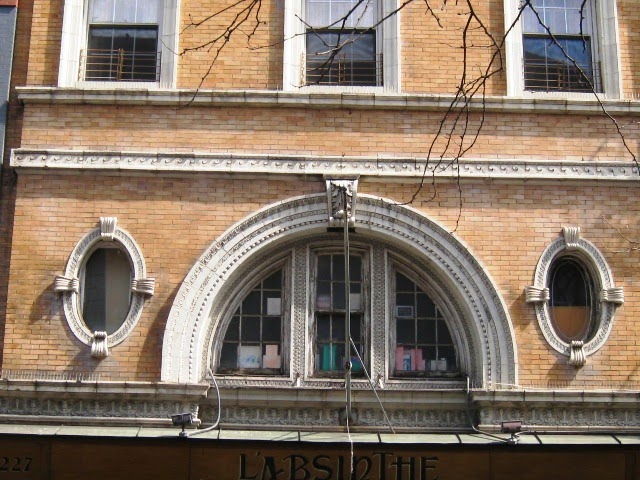 The upper floors were, by now, being leased as residential space.  Ernest Carlson was living here on Friday, June 27, 1929 when the 24-year old left to meet Margaret Upton in Queens to apply for their marriage license.

By mid-century this section of the Upper East Side had become decidedly fashionable.  In 1949 the Lenox Hill Auction Galleries took over the ground floor, specializing in furniture, paintings, books and china.  Two years later We Moderns moved in.  The shop offered “new pieces of furniture, scaled to small living quarters and small budgets.”  It would remain in the space for at least four years.

While the top-most floor would remain a single apartment for decades, the lower floors saw significantly different uses.  In the late 1960s No. 227 became the studio and workshop of Jim Henson.  For a decade Henson would create his wildly popular Muppets here.  When he finally required more space, he purchased and moved his workshop to the former Crimmins carriage house next door.

After Henson, the ground floor of No. 227 saw a succession of restaurants—Nickels Steakhouse moved in in 1980; Le Comptoir was here from 1990 to 1995 (a “charming, authentic-looking Parisian bistro,” according to The New York Times); and finally L’Absinthe in 1995.

Popular with locals and highly-praised by food critics, L’Absinthe would remain in the building for two decades.  The somewhat out of the way brasserie was a quiet, upscale meeting place mostly unknown to tourists.

No. 227 East 67th Street had its moments of fame, as well.  In the 1998 motion picture Stepmom characters Anna and Ben (played by Susan Sarandon and Ed Harris) ate here; and in The Devil Wears Prada, released in 2006, it was the setting for Andy’s and Christian’s meal “in Paris.”

The venerable carriage house was put on the market in 2014; to be purchased by developer Michael Paul Enterprise.  In October L’Absinthe’s chef/owner Jean Michel Bergougnoux was given until November 18 to vacate the premises. 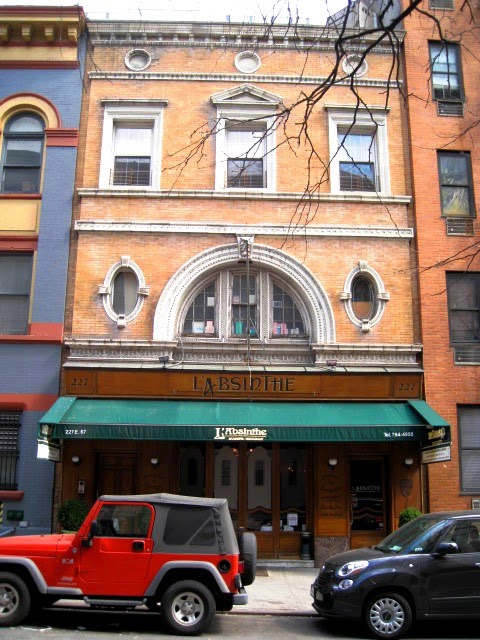 The AIA Guide to New York City described the three buildings at Nos. 223 to 227 East 67th Street as “Lusty recollections of the horse-and-carriage era.  Their rich facades, articulated with round and elliptical arches and bull’s-eye windows, shame more recent examples intended for residential purposes.”

One third of the charming trio was about to go.  Renderings of the replacement structure show a clean, sleek design which would be welcomed someplace else--where its construction did not cost the loss of an architectural jewel.