In the first decades of the 20th century, Dr. Bernard Revel of the Rabbi Isaac Elchanan Theological Seminary recognized the need for a college specifically for the Jewish community. He campaigned for a yeshiva which, while recognizing the changing culture of modern times, would also embrace the traditions and spirit of Jewish religious teachings.

In 1928, with an enrollment of 31 students, Yeshiva College was founded. Choosing its location uptown in Washington Heights – far from its Lower East Side roots – the college commissioned Charles B. Meyers Associates to design its Main Building. 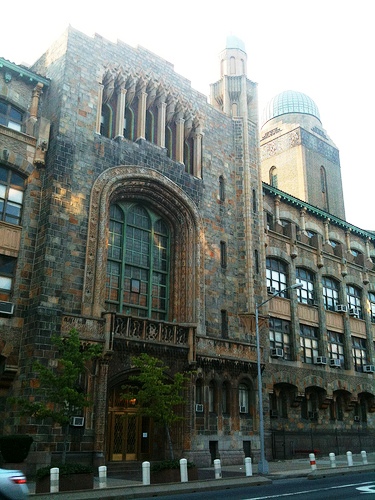 From its Union Square offices, Meyers created a sumptuous pile. Drawing from 19th century Jewish architectural tradition, the architects worked multi-colored stone blocks, copper, brass and colored ceramic tiles into a Byzantine feast. The AIA Guide to New York City called it “One of the great romantic structures of its time. Domes, towers, and turrets can be seen from mile away…Middle Eastern eclectic architectural detail makes it a serious confection, this latter quality, perhaps promoting a lust for learning.” 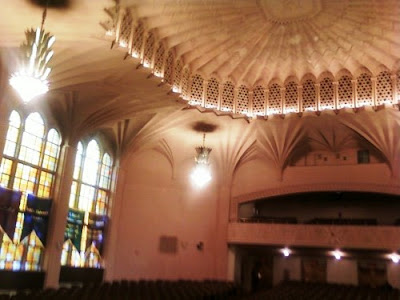 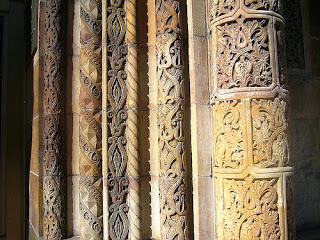 Other, similar buildings were planned; however the Great Depression necessitated a halt to further construction for several decades.  Despite the Depression, enrollment in 1938 had burgeoned to 578 students.

In 1978, in appreciation of a $1 million donation, the Main Building was renamed in honor of Joseph and Faye Tanenbaum. The name reverted to the Main Building in 1994 and in 2001 became Zysman Hall in tribute to former Vice President of Development, David H. Zysman.

Zysman Hall is a unique and fascinating structure; a rare example of the architectural style on such a grand scale.
Posted by Tom Miller at 2:47 AM