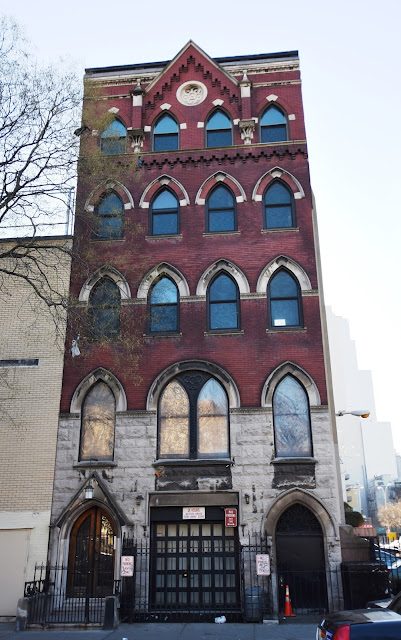 Although the great wave of German immigrants into New York harbor would not truly begin until the 1840s; in 1833 the first German Catholic parish was established by Rev. John Raffeiner.  Years later Archbishop John Hughes would remember “Wherever there were German Catholics there would Father Raffeiner seek them out and minister to them, being prevented neither by winter’s snows, the summer’s sun, nor the inconveniences of travel in that day, from fulfilling the duties assigned him.”

Father Raffeiner established the parish of St. Nicholas, celebrating mass in an unoccupied Baptist church on Delancey Street.  The cornerstone of a permanent church, on East Second Street between First Avenue and Avenue A, was laid on June 28, 1835 and the completed building was dedicated on Easter Sunday 1836.

The neighborhood in which Die Deutsche Ronisch-Kaltholisch St. Nicholas Kiriche, or St. Nicholas German Catholic Church, stood was the center of Manhattan’s burgeoning German community.  Within two decades New York would have the third largest German population of any city in the world, foi, as it filled with German social clubs, churches and music halls.

The increasing congregation quickly required a larger building and on Christmas Eve, 1848, Archbishop Hughes dedicated the new Church of St. Nicholas—a 100-foot wide Gothic Revival structure.  In 1867 a school was constructed next door, at No. 135 East Second Street.

In 1888 Father Mayer became pastor.  He sparked a series of construction projects.  In April 1914 The Catholic Church in the United States of America noted that “under Father Mayer the grand sanctuary was built, together with a large house on 1st Street, the rectory on 2nd Street, and a number of improvements made.”

The “rectory on 2nd Street” replaced the old school building.  In 1903 The Evening Post Record of Real Estate Sales had reported that “Plans have been filed for a new five-story parsonage for the St. Nicholas German Church, at No. 135 East 2d St.  It is to be 20x41 with a façade of limestone and brick.”  Frank W. Herter had been given the commission to design the new structure.

Frank Herter and his brother, Peter, had arrived in New York from German in 1884.  Having studied architecture in Germany, they established their Herbert Brothers architectural office and went to work designing tenement buildings, most in the Lower East Side.  On January 23, 1892 the Real Estate Record & Builders’ Guide praised their improvements on tenement design.  It wrote “the hardworking people who make up the population of the East Side found it impossible to bring up their children decently and respectably, as many of them wished to do…Herter Bros., the architects, have within the past few years erected a number of the most improve class of tenements.”

Completed in 1904, the  building was five stories high, costing the church $15,000—in the neighborhood of $416,000 today.  The rough-cut stone base morphed into red brick halfway into the second story.  Herter’s neo-Gothic design included pointed openings, drip moldings, and a gable medallion that mimicked a rose window.

The descriptions of the building as a “rectory” or a “parsonage” were simplistic at best—possibly for tax purposes (tax records of 1919 listed the Parsonage” as being partially exempt).  It was, in reality, a mixed-use structure.

When $200 worth of renovations were initiated in April 1910 by architects B. W. Berger & Sons (altering some windows and interior walls), the plans referred to the building as a “brick school;”  indicating that at least some of the five floors were still being used for that purpose.  And until at least 1916 the annual Report for the New York Public Library listed “St. Nicholas Library” at the address.   Its popularity was evidenced by the number of books circulated—305 volumes in 1914 rising to 557 by 1916.

In 1914 the church's congregation numbered 600.  At the time the school had an attendance of 155 boys and 210 girls, taught by six Dominican nuns.  But already German New Yorkers were leaving the Kleindeutchland and the school seems to have been eliminated by the 1920s, when Department of Building records indicate the building was converted to a Day Nursery.

In the meantime, Father John A. Nageleisen was dealing with bad press.  Five years after the rectory was built, he had arrived from Cincinnati, Ohio to become pastor.  By the time the day school was installed in the rectory, the sometimes controversial priest had become highly unpopular with residents around Congers Lake, near Nyack, New York.

St. Nicholas Church ran a camp on the lake and in a rather un-Christian move, Father Nageleisen battled the local residents over its use.  The New York Times explained on June 21, 1925 “The trouble between the priest and the natives is of long standing and arose from a dispute over the ownership of the lake.  Father Nageleisen has contended that the lake is his own property and that he has the right to determine who shall use it.”  The newspaper noted that several of the locals depending on fishing and boat rentals for their livelihoods.

Father Nageleisen enraged the citizens by establishing a fee for the privilege of using the lake, and then built fences around the property with warnings posted against trespassers.  But the greatest offense came when he dumped four barrels of copper sulphate into the water on June 4, 1925 to, in his words, “destroy decaying vegetable matter.”

Instead he destroyed more than 700 fish whose scaly corpses floated to the top.  Tempers boiled over in the community and The Times reported “Feeling has continued to rise and it was rumored here that the Ku Klux Klan might take a hand.  One report was that the Klan would burn a cross near the priest’s camp at midnight.”

Father Nageleisen was charged with “violating the State Conservation law by killing fish” and his trial began on February 13, 1926.  The misdemeanor was punishable by a fine of $500, plus $10 for each fish killed.  The State of New York contended, in addition, that the lake was owned by the State and “not by Father Nageleisen or any private owner.” 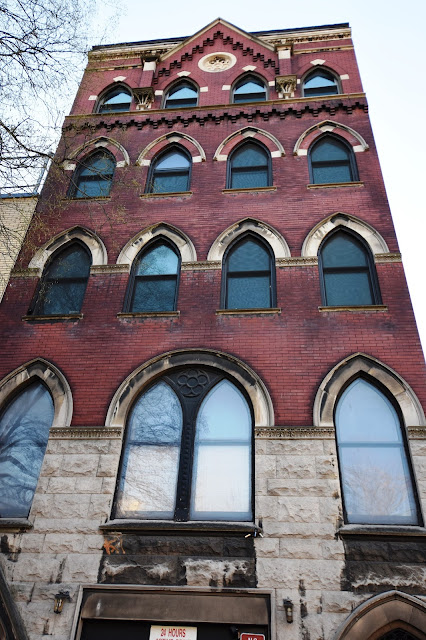 The ugly ordeal apparently did not tarnish the pastor’s reputation on East 2nd Street.  On May 30, 1935 the pavement outside the church and rectory was packed with “several thousand” according to The Times and “more than 1,500 occupied the church.”  The event was the celebration of Rev. John A. Nageleisen’s golden anniversary of his ordination.

“Throngs from the neighborhood came to watch the colorful procession of priests and children as it made its way from the priest house next door into the church,” reported the newspaper.

But The Times made another pertinent observation.  “Although St. Nicholas has only about fifty parishioners, due to the scarcity of German Catholics in the neighborhood, many former parishioners attended the celebration.”

By now the New York’s German population had mostly migrated north to the Yorkville district.  The Lower East Side was now mainly a Jewish neighborhood.  A congregation of only 50 mostly elderly worshipers could not sustain St. Nicholas Church for long.

But the German Catholics would have something more pressing to worry about first.  Two years earlier Adolph Hitler had become Chancellor of Germany.  As world war erupted in Europe in 1939, German Americans were looked at with suspicion.  The members of St. Nicholas German Catholic Church had suffered the discrimination during the first world war and knew its discomfort.  On Sunday, June 18, 1939 the Rev. Joseph D. Ostermann preached here.  He was Executive Director of the Committee for Catholic Refugees from Germany.  He began his sermon saying “As we look over the world today, we see how heartless and ungrateful the average man is and we wonder which will prevail—the hatred of man or the love of God.”

The parish of St. Nicholas German Catholic Church would cling on for only two more decades.  On January 27, 1960 The New York Times reported that the church building “has been sold and will be demolished.”  The 112-year old structure was torn down for a parking lot.

Rather surprisingly, the old rectory-school-nursery-library building at No. 135 East 2nd Street survived.  It was used as an apartment building until 1986 when it was converted to a single, massive residence spanning the second through fourth floors, with second apartment on the top story.  The street level was gutted for a garage. 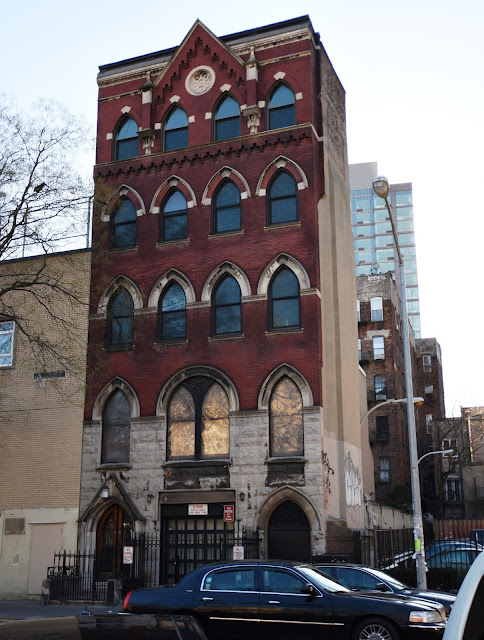 Despite the abuse, a woeful coat of grime and the serious want of façade restoration; Frank W. Herter’s charming 1903 structure is a delightful survivor on a street that has seen more than its fair share of demolition.

photographs by the author
Posted by Tom Miller at 2:00 AM