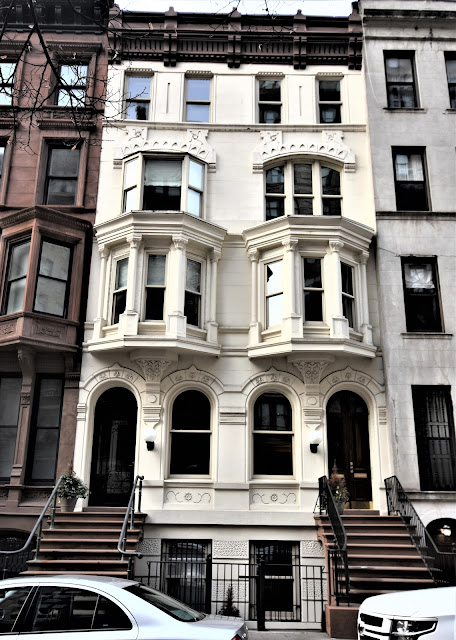 John and George Van Horn  began construction of two brownstone-faced houses at Nos. 44 and 46 East 64th Street in 1877.  Had they begun the project a decade later, as the lavish residences of Manhattan's wealthy inched northward along Central Park, the 25-foot wide plot would no doubt have accommodated a single residence.   But the neighborhood was filling with middle- and upper-middle class families at the time, so the Van Horns opted for two skinny, 12.5-foot wide structures.
Their architect, whose name has been lost, created two delightfully quirky mirror image houses.  A blend of neo-Grec and Queen Anne styles, the arched openings of the parlor levels were decorated with carved leaves and flowers.  Elaborate foliate brackets upheld three-sided bays where the windows were separated by engaged columns upon paneled pedestals.  The grouped windows of the third floor sat below a beefy, segmentally arched lintel with incised decorations.  The houses wore a shared pressed metal cornice. 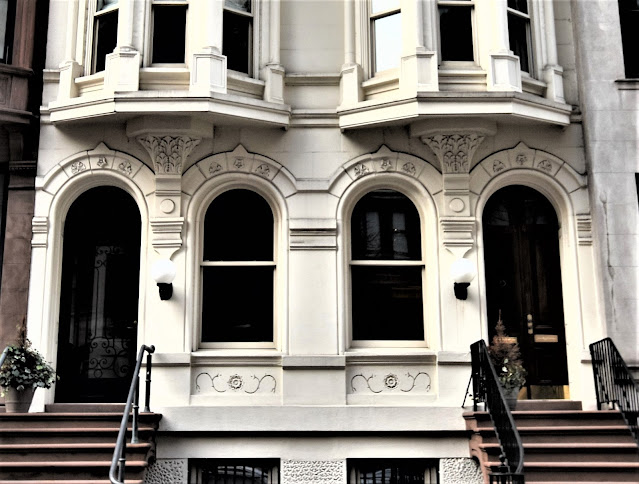 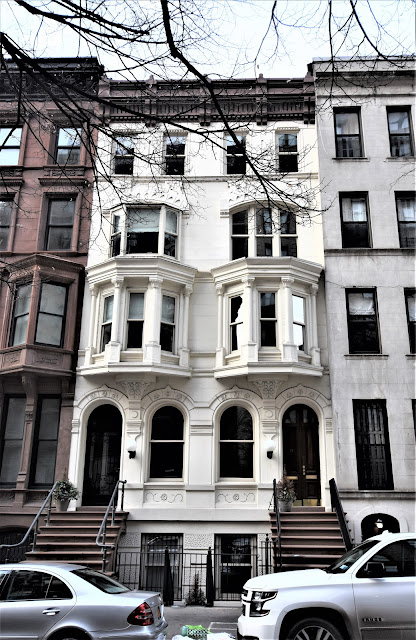 While No. 46 continues to be a single family home, No. 44 was converted to offices in 2013, now home to the Josiah Macy Jr. Foundation.  The pink paint on both has been covered over by a coat of white; but hopefully someday the brownstone will be resurrected.
photographs by the author
Posted by Tom Miller at 1:08 AM