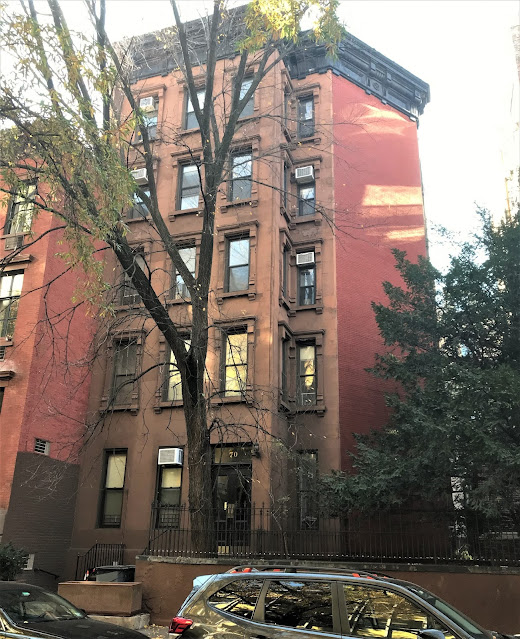 In the first years of the 1850's the West 11th Street block between fashionable Fifth Avenue and Sixth Avenue was a mix of architectural styles.  Handsome Greek Revival homes co-existed with quaint two-and-a-half story Federal style brick homes of a generation earlier.  Wealthy broker James N. Gifford inherited vacant lots on the west end of the block, and in 1853 began construction on four opulent Italianate style residences at 62 through 68.  But Gifford initially left the westernmost plot, 70 West 11th Street, empty--most likely because of its peculiar dimensions.  The odd shape was a result of the abutting, triangular shaped cemetery of the Congregation of Shearith Israel, which had been there since 1805. 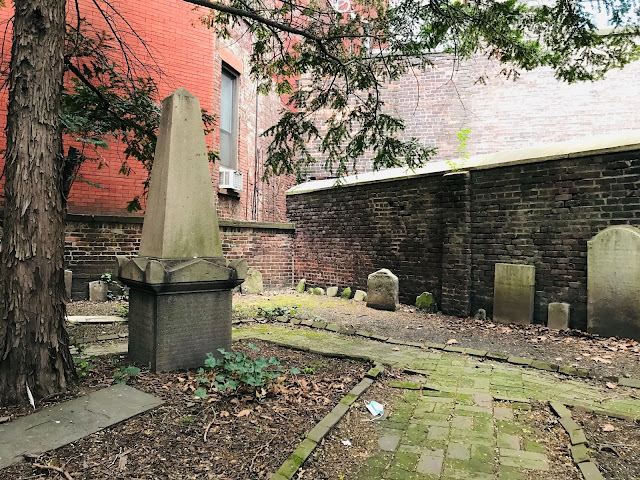 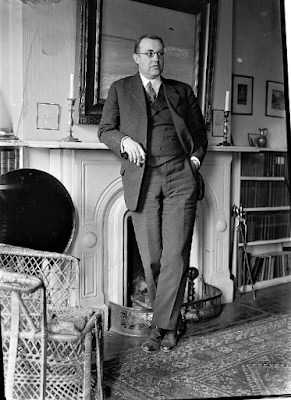 John Wolcott Adams, from the collection of the Library of Congress
By 1917 Harold de Wolf Fuller, the editor of The Nation, lived at 70 West 11th Street.  His neighbor, Lucien S. Breckenridge left to fight in World War I that year.  A captain with the 308th Infantry, he saw intense action in the Meuse-Argonne offensive, the deadliest battle in American history with 350,000 casualties.
Breckenridge was ordered to cross the Meuse River with his battalion on October 14, 1918 near Grand-Pre, France.  The bridges had all been destroyed and, according to the U.S. Army later, he "personally reconnoitered the banks of the river in utter disregard for his own safety until he found a ford."  Breckenridge then led his command across the river "under intense machine-gun and artillery fire"  He had returned to 70 West 11th Street in 1919 when he was awarded the Distinguished Service Cross.
Another artist, Kitty Price Jenkins, lived in the building at the time.  A sculptor, her pieces were displayed in the annual exhibit of The Society of Independent Artists.
Not affiliated with the arts was Tenement House Commissioner John J. Murphy.  He had been living in the Bronx until the fall of 1918, when he moved into 70 West 11th Street.  He had not been there many days before his ire was raised.
The former tenant had left his telephone there.  Murphy told The Evening World, "Before that was discontinued, I notified the telephone company that I would take over the contract of the old tenant.  The change involved no labor of any sort.  But I was told I could have no service until I paid $10 as an 'installation' fee."  Since he still had service at his old address, he asked if he couldn't simply have it transferred.  "Either of these changes would have meant absolutely nothing except an alteration in the new telephone directory.  But the telephone company told me nothing could be done until I had paid the $10."
Murphy was understandably put off.  The fee would amount to around $175 today.  With the telephone company obdurate, he "sent a protest to Washington."  No one responded.  And so Murphy informed the telephone company that "rather than submit to such an unjust charge, I would do without a telephone in my home."  The reaction:  "They shrugged their shoulders."
And so now, although he said it was "inconvenient" not to have a home telephone, Murphy made his point by going phoneless "as a matter of principle."
The population in the apartment of Fred Michaels and his wife grew by one following a tragic incident in 1938.    Michaels was a close friend and fishing buddy of animal dealer William H. Lindeman, who lived across the street at 63 West 11th Street.  Lindeman had never emotionally recovered from the death of his wife two years earlier, and not even the companionship of a dachshund puppy named Mr. Snookums alleviated his grief.  To ensure the puppy's safety, on May 4 the 55-year-old closed it in a front room with all the windows opened wide.  He then went to the kitchen, opened the gas jets, "and sat down to die," as reported by The New York Sun.
He left a note saying "whatever occurred is by my own doing.  My pup, see that no harm comes to him and place him where he will be no risk.  He will get a good home with Mrs. Michaels if she is permitted to keep him."  Mr. Snookums took up residency across the street at 70 West 11th Street. 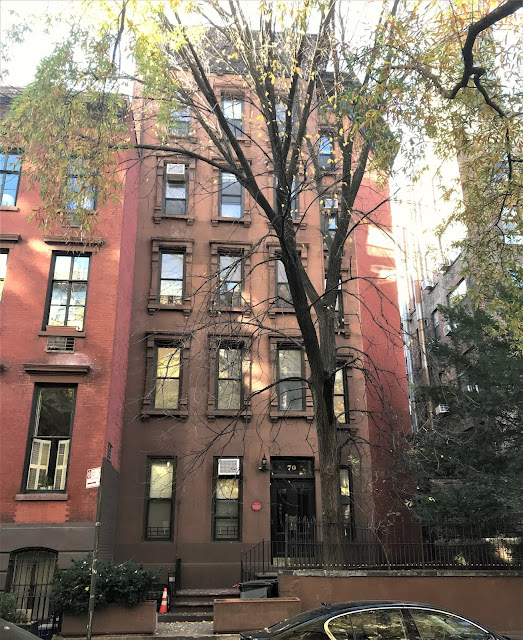 Today there are two apartments per floor in the building.  The architectural elements of the first floor have been shaved off,  and the doorway altered.  But, overall, the building with its wacky footprint and more than its fair share of drama is intact.
photographs by the author
LaptrinhX.com has no authorization to reuse the content of this blog
Posted by Tom Miller at 1:30 AM