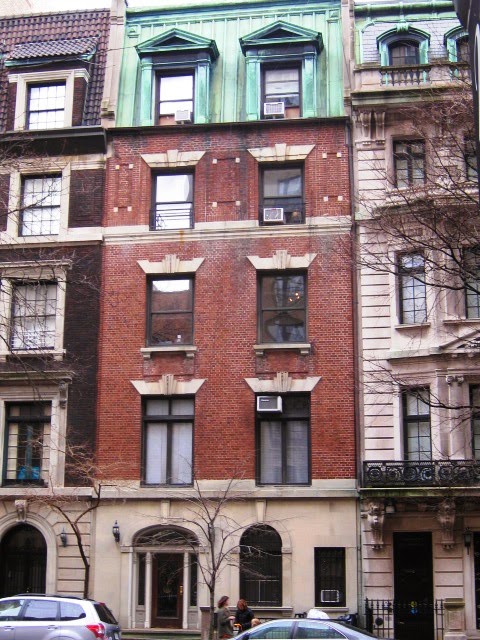 Brothers William and Thomas Hall made their mark on Manhattan real estate as the 19th century turned into the 20th by erecting high-end speculative residences intended for wealthy homeowners.  In 1910 architect Alexander Welch worked for the Halls in designing a row mansions on the south side West 86th Street, off Central Park.  The completed homes were surprisingly different.  Welch designed No. 14 in the Neo-Renaissance style, for instance, and No. 16 in the recently popular Neo-Georgian.

Elegant and up-to-date as they were, the sale of the mansions did not come quickly.  It was not until February 23, 1913 that The New York Times reported that W. W. and T. M. Hall had sold No. 16 in “a good residential deal on the West Side near Central Park.”  The newspaper noted “The house is one of a row which was erected by the sellers two or three years ago” and said it “is among the best constructed dwellings on the West Side, containing an elevator and the latest improvements.”

The purchasers were the eminent Dr. Alfred Fabian Hess and his wife, Sara, whose parents, Isador and Ida Straus, had been lost in the HMS Titanic sinking the year before.  Isador Straus had been the co-owner of the Macy Department Store.

The Hess family had been living at No. 154 West 72nd Street.  The title to the mansion was, as was commonly done, put in Sara’s name.  Among the first events held in the new house was a wedding—interestingly enough not a Hess nor Straus marriage.

On October that year the parlor was filled with wealthy well wishers with names like Gimbel, Morganthau and Gildersleeve who witnessed the marriage of Martha Ornstein to Dr. Jacob B. Brenner.  The groom was the director of the research laboratories of the West Pennsylvania Hospital in Pittsburgh.  It was most likely Alfred Hess’s association with the respected researcher that led to ceremony's being held here.

There would be no scandal or gossip surrounding the Hess family throughout their years here.  The couple was involved with charitable causes like The Home for Hebrew Infants.   Alfred Hess garnered increased fame and respect for his research into child diseases, particularly rickets.  His published findings included the 1917 article “Prophylaxis of Rickets,” for the American Medical Association;  “The Cure of Infantile Rickets by Sunlight” in the Journal of the American Medical Association in 1921 and a year later “Newer Aspects of the Rickets Problem.”

There was a bit of trouble, however, in 1916 when a man and woman were arrested in Waterbury, Connecticut on charges or attempting to pass forged checks.  It was then discovered that they were wanted in New York City for obtaining merchandise from merchants on false pretenses.  The man gave his name as Dr. J. E. Pareant and identified his wife as Jennie.

“Some medical apparatus was found in the possession of the man, who said he has a physician’s office at 16 West Eighty-sixth Street,” reported The New York Times on October 24, 1916.  Of particular interest to authorities was that the couple had with them a 13-year old girl, whom they introduced as their daughter.  They had taken the girl from the home of her parents on the promise to pay her for taking care of their baby.  “Police found no infant in their rooms,” said the newspaper.

Police Inspector Faurot cleared Alfred Hess of any involvement.  He told reporters “The man, it seems, never lived or practiced medicine at 16 West Eighty-sixth Street.  One of the leading physicians of the city resides there, and has occupied the house since it was built.  He says he never heard of Pareant until Saturday, when the attorney from Providence called and asked about the man.”

Sara Hess’s entertainments in the mansion seem to have often revolved around political and social causes.  On February 20, 1924 James W. Gerald addressed the Women’s Democratic Union here, speaking in praise of the late President Woodrow Wilson.

“Woodrow Wilson was the greatest idealist the world has ever seen,” he told the women.  “He gave an extraordinary opportunity to the world, which was not grasped either here or abroad.”

Living next door at No. 14 at this time, interestingly, was the Joseph Saks family--another department store connection.

By now the Hess daughters were growing up.  In 1926 Eleanor graduated from Byrn Mawr and two years later her parents announced her engagement to Harold Kurzman.  On April 24, 1928 the wedding took place in the Hess mansion, with Eleanor’s sister, Margaret, acting as maid of honor.

Three years later it would be Margaret’s turn to be married.

For years it was tradition that Dr. Alfred F. Hess present the diplomas to the graduating nurses at the Hebrew Home for Infants, and to deliver the commencement address.  On December 6, 1933, he did so again.  Then, as he reached his car following the ceremony, the 58-year old physician was stricken with a fatal heart attack.  He died in the parking lot inside his automobile.

In reporting on the extensive contributions to children’s medicine Hess had made throughout his career, The New York Times said “Thousands of children have been saved from deformities by the discoveries of Dr. Hess.”

On December 8 “a simple, private funeral service” was held in the 86th Street mansion.  The Times reported that “More than 200 persons, among them scientists and prominent physicians, attended the funeral.”

The family retained possession of the house; but by now West 86th Street had drastically changed.  Most of the great mansions of the avenue-wide street had been razed for modern apartments.  In 1935 the family commissioned architect John Harold Barry to convert the house into apartments – just two per floor.

Sara Straus Hess finally sold "for cash" the mansion where she had lived with her famous husband for 35 years in 1948.  In 1967 it received another interior make-over resulting in, perhaps appropriately, the installation of a doctor’s office on the first floor.

When Gary and Patricia Nave purchased the building in 1979 for $350,000, it was sadly neglected.  According to the Naves, pieces of the ceiling were falling.  They did a “restoration;” but preservationists would agree that the better term would be “renovation.” 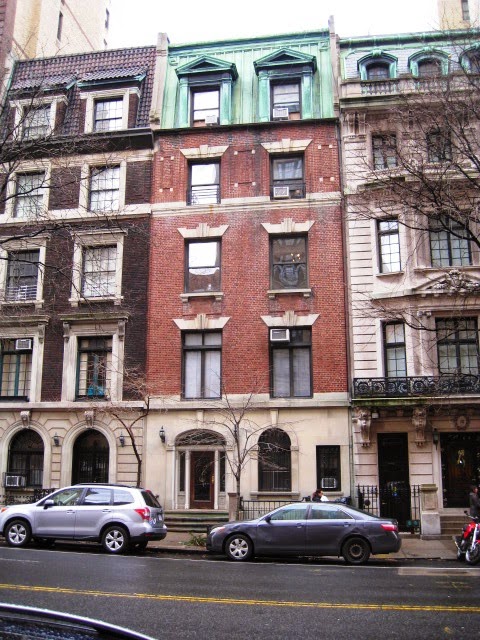 In 2010 the residence, still broken into apartments, was offered for sale at $8.95 million.  Still waiting for an owner who will return to the mansion to its 1910 glory; it nevertheless survives as a scarce reminder of the earliest days of West 86th Street.