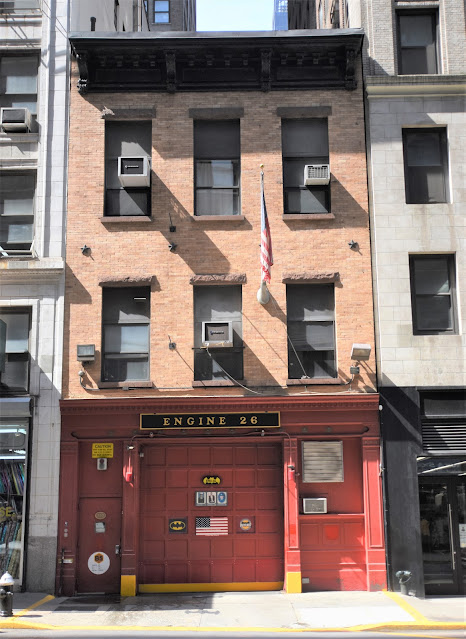 The volunteer Protection Engine Company No. 7 occupied the firehouse at 220 West 37th Street until 1865 when the Metropolitan Fire Department was organized.  The house then became home to the Metropolitan Engine Company, No. 26.  In 1870, the Fire Department's Annual Report showed a roster of 10 fire fighters.  Housed within the station was a "steamer second size, built in 1867" and a "two-wheeled tender, improved pattern, with seats." 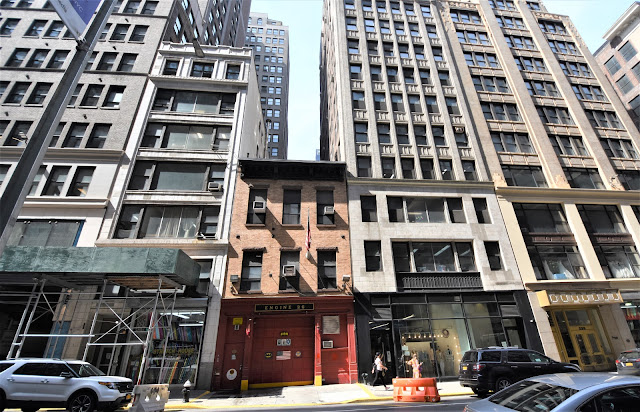 Engine Company 26 squeaked through the elimination process and survives today, a Victorian anachronism among soaring commercial business.
photographs by the author
no permission to reuse the content of this blog has been granted to LaptrinhX.com
Posted by Tom Miller at 1:46 AM