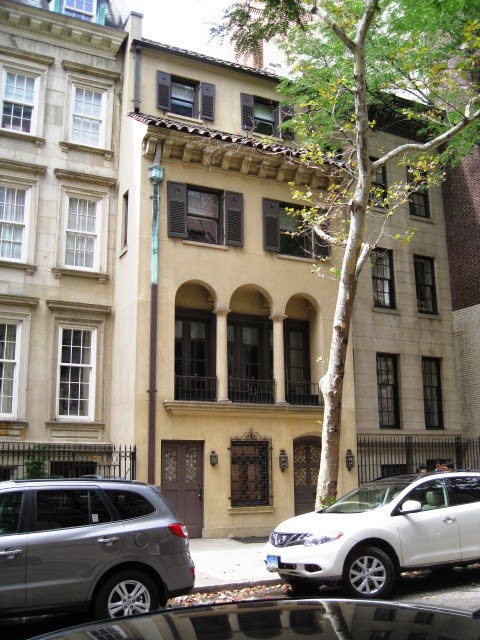 Developer Warren Beeman’s ambitious project of 28 brownstone rowhouses on East 74th Street between Park and Lexington Avenues would take four years to complete.  Begun in 1871, they were designed by architect John G. Prague in the ubiquitous Italianate style.  To fit so many homes onto the block, Beeman skimped on their width—they were 18.9 feet wide as compared to the more expected 20 feet.

Among the row was No. 126 East 74th Street.  Home to well-to-do owners from its completion in 1875, it was owned by Davis Rosenberg in 1905.  The neighborhood to the west had become highly exclusive as the mansions of Manhattan’s wealthiest citizens lined Fifth Avenue.  By now the affluent residential character had spread east.  Rosenberg sold the house that year in June to Nathaniel A. Campbell and his wife, Elizabeth.

Campbell was involved in real estate and more than once included Selena M. Campbell in the deals.  It is probable that the two were related.  Early in 1910 Selena (whose name was often spelled Selina in newspapers) sold her home at No. 56 East 69th Street and purchased No. 126 East 74th Street from Nathaniel and Elizabeth Campbell.  The New-York Tribune made note of her $10,000 mortgage—around $240,000 today.

Wealthy and unmarried, Selena M. Campbell devoted her time to charitable causes.  When she moved into No. 126 she had been Chairman of Industrial School No. 1 on East 109th Street for several years.  The purpose of the school was the “Education of poor children not provided for by the public schools.”

She was also First Vice-President of the Female Guardian Society and Home for the Friendless.  When it hosted a fund-raising bazaar on November 21, 1913 The Sun reported that “The society takes care of about 208 derelict children and the bazaar was held to wipe out a debt of $74,000 incurred during the last year, which is the seventy-ninth of the society’s work.”

Before Selena moved into the house she renovated the outdated Victorian interiors.  On April 16, 1910 the Real Estate Record & Builders’ Guide reported that she had give E. Van Houten the contract to make “interior changes” to the house.

Selena Campbell was tireless in her efforts to improve the lot of the poor.  On February 1, 1915 she spoke at a meeting of the Presbyterian union at the Hotel Savoy.  The issue at hand was the ineffective operation of the Almshouse.  Prior to the speeches, 70 children from the Woodycrest Home for the Friendless, of which she was an officer, “went through a military drill” for the assemblage.

By 1921 the 74th Street house was owned by Theodore Stanfield and his wife, Cora Leopold Stanfield.  Cora had been a leader in the New York Kindergarten Association since graduating from Teachers College in 1902.  She was also highly active in the Children’s Charitable Union.

Now 40 years old, Cora became ill and after a brief illness died on January 22, 1921 in the Nursery and Children’s Hospital.  The New York Times mentioned that “She had herself taught for several years in the kindergartens of the city schools and had urged the founding of a children’s theatre where classics suitable for young audiences could be performed.”

Theodore was the Managing Director of the American Metal Company and he, too, was involved with notable causes.  That year he served as Chairman of the Library and Entertainment Committee of the New York Institution for Improved Instruction of Deaf Mutes.  He was a life member of the American Peace Society and a member of the Williamstown Institute of Politics.

Nineteen months after Cora’s death, on July 5, 1922, he married Suzette M. Stanfield.  Now retired, in 1923 The New York Times said “as a hobby [he] devotes a considerable portion of each year to analysis of world conditions.”

On July 9, 1917 the engagement of Eustace Seligman to Maud Jaretzki had been made public.  Seligman was the son of esteemed Professor Edwin R. A. Seligman of Columbia University.  Educated at Amherst College, Harvard Law School and Columbia, the young attorney practiced law with Sullivan and Cromwell.  During World War I he served as Judge Advocate, trying cases of conscientious objectors.

In 1925 the Seligmans purchased the house from the Stanfields.  (Theodore Stanfield, incidentally, would suffer a nervous breakdown two years later and spend the rest of his life institutionalized.)

Like Selena Campbell, the new owners set out to modernize their dated home.  But the Seligman renovations would go far behind “interior changes.”  Architect Edward I. Shire was hired to convert the old brownstone into a modern upscale dwelling.

A decade earlier Frederick Junius Sterner made his mark on New York architecture by transforming Victorian brownstones into Mediterranean and Tudor fantasies.  Now Shire followed his lead and presented the Seligmans with a stucco-covered Mediterranean villa.

With the stoop removed, the entrance was now at street level.  Between the service entrance and the main door a window was guarded by an ornate Spanish-style wrought iron grill.  The second floor featured a Doric loggia with iron railings and three sets of French doors.  The upper openings were ornamented with quaint wooden shutters, and two sloping Spanish-tiled roofs completed the charming charade.

Although the Seligmans' rear garden was small, it was a source of pride to Maude.  Annually she opened it to the public for the Garden Tour for the benefit of the School Nature League.  Like Selena Campbell, Maude was less interested in glamorous dinners and dances than in social reform and charitable works.  Her teas and receptions most often were in support of a worthy cause.

Such was the case in November 1936 when “a number of prominent women” met in the house to discuss slum clearance, according to The Times.  Maude was an avid supporter of public housing projects as a means of providing dignified homes for the poor and eliminating the crime and disease-ridden tenements.  Other meetings Maude hosted in the house in the 1940s concerned aid to China and to Poland. 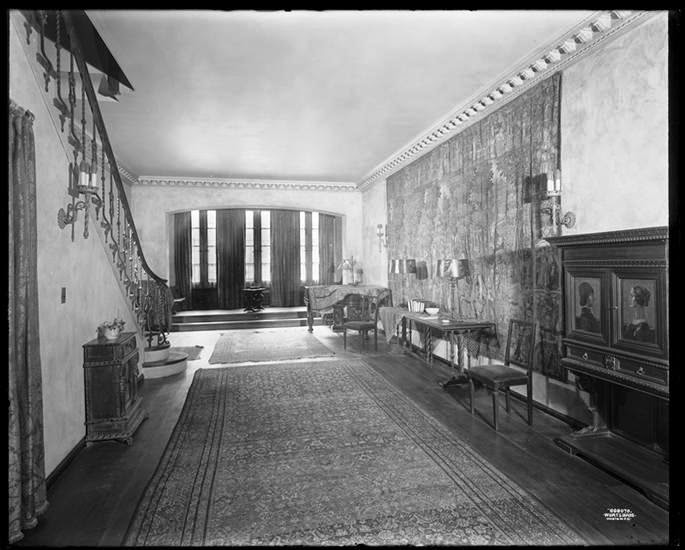 On July 20, 1939 200 people filed into the house for the funeral of Professor Edwin R. A. Seligman.  The 78-year old economist was praised as a “counselor to cities, States and the United States” and was called “a leader in the field of economic relations.”

In March 1953 Eustace Seligman’s mother suffered a fatal heart attack in Daytona Beach, Florida.  Her funeral, too, was held in the 74th Street house. 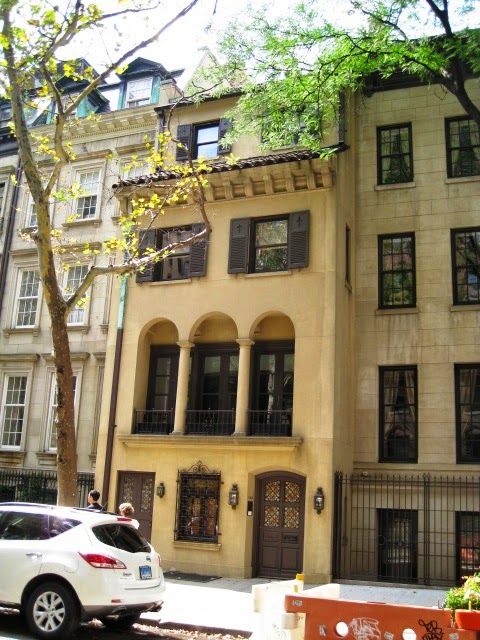 The Seligmans remained in the home at least through the 1950s.  Today it is remarkably unchanged.  Even the original wooden shutters are intact as is the Spanish grill over the first floor window.  It remains a single family home.

non-historic photographs by the author
Posted by Tom Miller at 3:14 AM