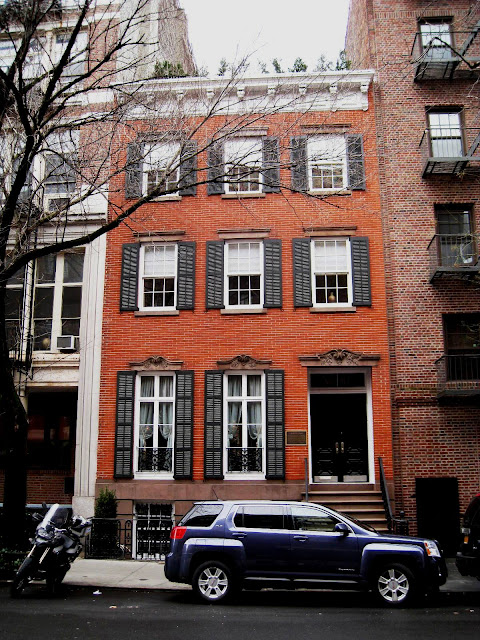 James Vandenberg was a well-respected builder and developer in Greenwich Village in the decades prior to the Civil War.  As the sleepy hamlet awoke with the building and population boom that began as early as the late 1820s, the opportunity to provide respectable housing for the new population was widespread.  Vandenberg took full advantage, building comfortable homes in the area for years.  Yet his greatest source of pride came on June 3, 1841.

On that day a box was deposited in the cornerstone of the new Trinity Church far to the south on Broadway.  On one side of the box were inscribed the names of the Building Committee.  Below that impressive list were the names of the four men who were responsible for the church’s construction.  Just under the name of  the esteemed architect Richard Upjohn was the inscription “James Vanderberg, Master Mason.”

While Vanderberg was busy with Trinity Church, winding Barrow Street in Greenwich Village was a mixture of homes and small shops.  At No. 81 Barrow Street in 1835 was the working class home of Thomas Cox.  Two years later mason Samuel Conover lived here.

The land—familiarly known as “Trinity Farm” or the “Church Farm”--belonged to Trinity Church  The expansive tract of land had been bestowed on Trinity Church by Queen Anne in 1714.   It stretched along the Hudson River from Duane Street in the city north to what, by now, was Christopher Street.  Around 1825 Trinity Church began developing the land into building lots and soon many of the streets were lined with two-and-a-half story Federal-style homes.

In 1852 James Vandenberg turned his attention to the block of Barrow Street, just east of Hudson Street.  In place of the older homes, including No. 81, he built three impressive brick houses in the latest Italianate style.  Vandenberg’s new residences (he would keep No. 79 for his own use) were completed in 1853.

The builder managed to blend sophistication and mid-Victorian decoration with propriety and reserve.  Like its neighbors, No. 81 boasted a broad brownstone stoop with stylish Italianate iron railings and newels.  The three-story red brick house sat high above a brownstone English basement and the parlor floor lintels were gracefully scrolled and foliate carved.
Unlike the Italianate mansions of St. Luke’s place a few blocks south, Vanderberg’s homes were intended for the comfortable merchant class rather than the very wealthy.  In the early 1880s Alice B. Keys lived in No. 81.  She was a school teacher in the Girls’ Department of the nearby Grammar School No. 41 on Greenwich Avenue.

John Mappis was living in the house in 1907 when he climbed aboard the 6th Avenue elevated train on the morning of November 11.  Around 11:00 the train approached 34th Street across from the hulking Macy’s Department Store that had opened five years earlier.  Mappis, along with the other passengers, were badly jolted when the train and another collided.

“The two trains were moving slowly at the time of the accident, otherwise, it is believed, there would have been a long list of fatalities,” reported the New-York Tribune.  John Mappis was taken to Bellevue Hospital with head and face cuts.  One employee from each train was arrested for assault and held on $2,500 bail.

At the time Mary Britton Miller was living in Italy.  Born into what she called a “good family” in New London, Connecticut.  Miller’s family life, however, would be a tragic one.  When she and her twin sister, Grace, were four years old her father, New York lawyer Charles P. Miller, and mother, the former Grace Rumrill, died within an hour of one another.  When Mary was just 14 years old her sister drowned.

The privileged girl was reared by a grandmother and, later, an aunt and governess.  She attended exclusive boarding schools and traveled throughout Europe.  An aspiring writer, in her late 20s she spent three years abroad; then in 1911 returned to the States to make New York her home.

Writing under her real name, she achieved little success.  In 1928 she published her first book of poetry, “Songs of Infancy.”  Three other volumes of poems followed.

Then in 1946 she reinvented herself.  Mary Britton Miller took the pseudonym Isabel Bolton.  By the middle of the century she was living in No. 81 Barrow Street and was what The New York Times deemed a “prominent literary figure.” 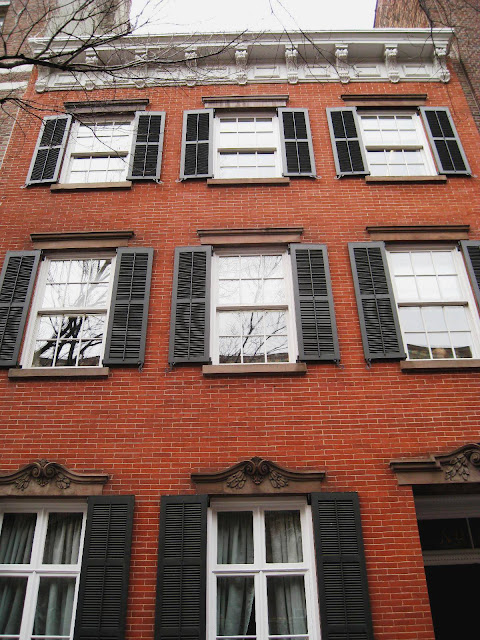 The poet-author had passed her 60th birthday and was unable to see clearly enough to write.  She dictated her books and poems in the house on Barrow Street.  In 1943 she published a novel, “In the Days of Thy Youth,” and in 1946 the book “Do I Wake or Sleep.”

Edmund Wilson was the American Critic for The New Yorker.  Gore Vidal said that Wilson’s praise “or even attention” meant “earthly glory for a writer.”  Wilson read “Do I Wake or Sleep” and deemed it worthy of Henry James.  He wrote “the device of the sensitive observer who stands at the center of the action and through the filter of whose consciousness alone the happenings of the story reach us…a voice that combines in a peculiar way, the lyric with the dry; and is exquisitely perfect in accent; every syllable falls as it should.”

Later Vidal himself would say that through a “great act of will” the author had replaced “the mediocre Mary Britton Miller with a magically alive writer whom she chose to call Isabel Bolton, for our delight.”

In 1952 Isabel Bolton had achieved literary acclaim and on October 16 was the guest speaker at New York University’s Washington Square College Book Club.  The nearly sightless author had by now completed “The Christmas Tree” and “Many Mansions.”

On April 3, 1975 the 91-year old Mary Britton Miller died after an extended illness.  By now No. 81 Barrow Street was the last remaining house on the block; an out-of-place slice of the 19th century sitting among commercial and apartment buildings.

In 2007 the remarkably preserved house was converted to two upscale apartments.  A severe renovation brought the interiors into the 21st century, while retaining some of the original detailing.  Then, in 2010, Brooklyn-based real estate developer Jeff Leving purchased the house for his own use for $12.75 million.

The last remnant of a pre-Civil War residential block, the house is almost completely unknown for its important place in American literary history. 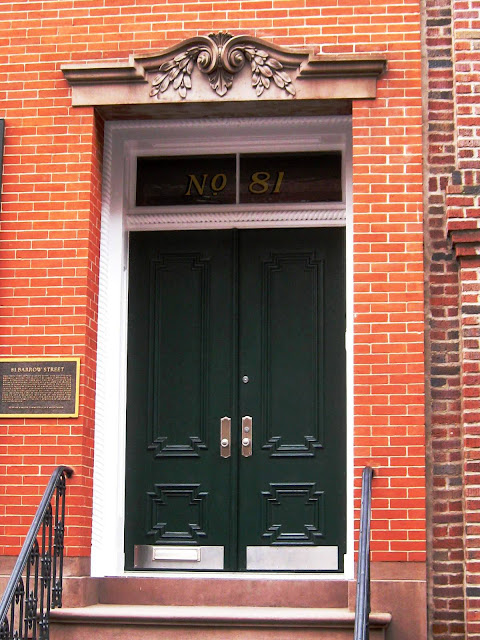 non-credited photos taken by the author
Posted by Tom Miller at 2:57 AM