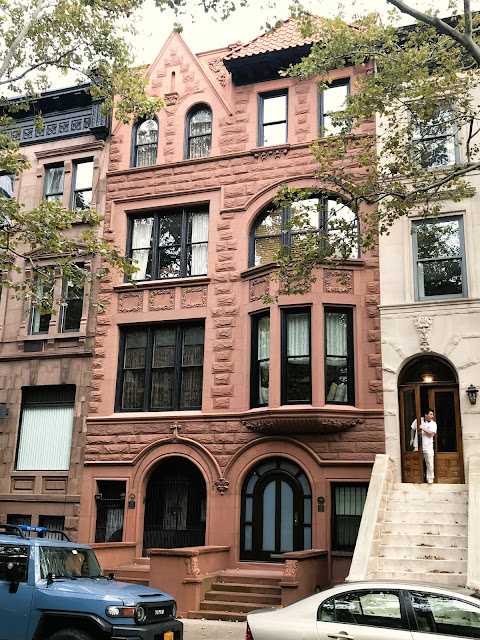 Real estate developer Charles G. Judson effectively kick-started the career of architect Clarence F. True in 1890.  In private practice for only five years after leaving the office of Richard M. Upjohn, True was receiving scattered commissions.  But Judson, whose office was in the same building with True's, contracted him to design a string of rowhouses that year.  The two would work together on several similar projects going forward.  Among the first would be two side-by-side houses on West 88th Street, between Columbus and Amsterdam Avenues, begun in 1891.
Judson squeezed two residences into a 26-foot-wide plot.  Yet True's deft designing successfully disguised their narrow proportions.  The Romanesque Revival design reflected the creative take on historic styles that would become True's trademark.  He explained his often playful liberties saying he hoped to eliminate "the wearisome sameness and unattractiveness" of Manhattan townhouses.
In this case, he designed the homes to be at once harmonious and yet individual.  They were among his earliest American basement, or what he termed "low-basement entrance" houses.  Instead of the high stoops so expected in rowhouses at the time, these were fronted by five-step porches.  The planar-to-rough face stone transition of the first floors was separated by projecting bandcourses that held hands by means of a Gothic boss between the entrances.
The symmetry of that level gave way to individualism above.  True gave 157 a faceted bay supported on an intricately carved base at the second floor, which provided a balcony to the vast grouped windows at the third.  The house was crowned with a projecting, tiled roof.   The architect forewent the bay at 159, but carried on the identical spandrel panels for visual continuity.  Above the arched fourth floor windows, a peaked dormer with a blind lancet window was flanked by bas relief carvings of fearsome winged beasts. 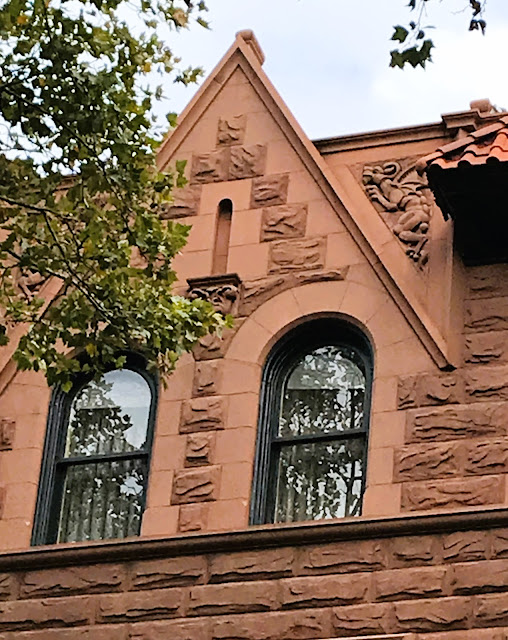 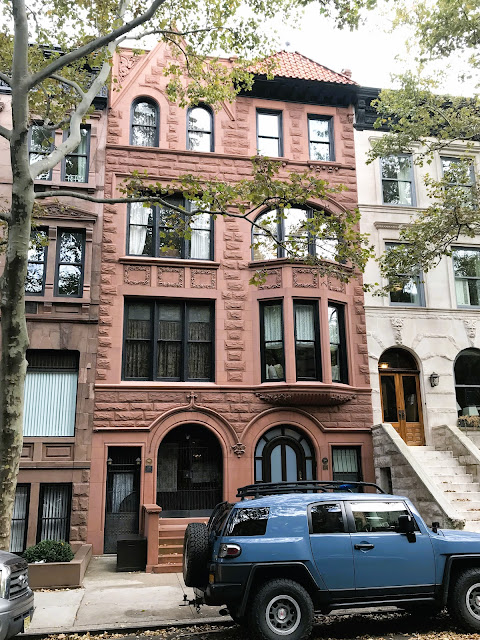 Today, the fraternal twins form a picturesque component of a charming block.
photographs by the author
no permission to reuse the content of this blog has been granted to LaptrinhX.com
Posted by Tom Miller at 1:00 AM