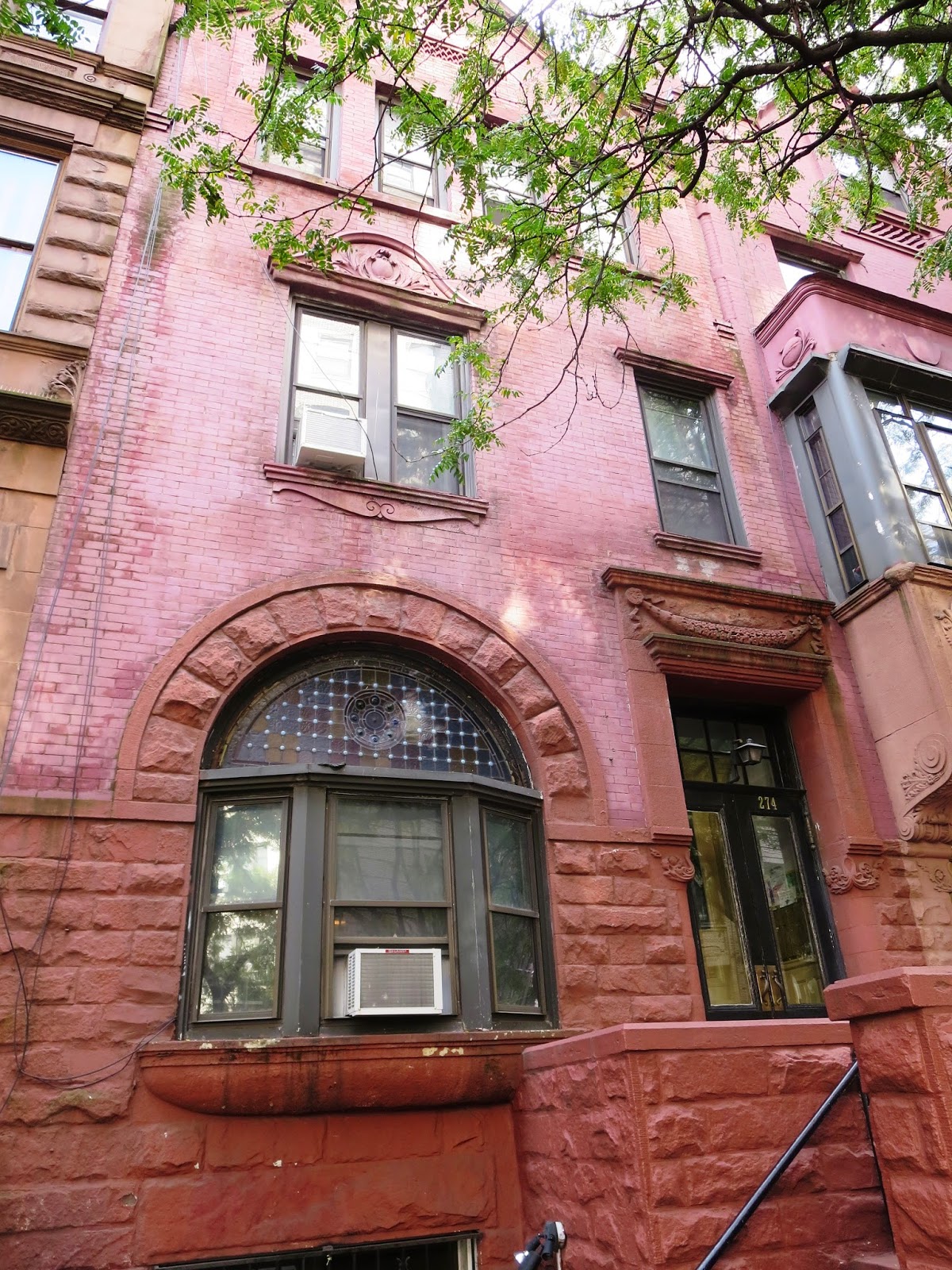 The wealthy Bowne family traced its American roots to John Bowne, an English farmer who arrived in 1649 at the age of 22.  Bowne settled in what would become Flushing, Queens, east of Manhattan.   Disregarding Peter Stuyvesant’s narrow-minded religious views and, perhaps, thinking his farm was remote enough to escape discovery, Bowne invited Quakers to worship in his home in 1662.

He was arrested and subsequently banished from New Amsterdam.  Determined not to lose his property, he sailed to the Netherlands and pleaded his case.  Somewhat shockingly, the Dutch West India Company ruled in his favor—no doubt significantly humiliating the autocratic Stuyvesant.

The Bowne family prospered throughout the decades.  As the end of the 19th century approached New Yorkers were familiar with the name Bowne through Robert Bowne, a founding director of the Bank of New York; Walter Bowne, Mayor from 1829 to 1833; and fabulously wealthy Robert Bowne Minturn of the shipping line Grinnell, Minturn & Co.

Several of the Bowne women were not satisfied with living in their husbands’ shadows.  One, Mary Bowne Parsons, took a stand against slavery, and funded the education of poor females.   As the turn of the century neared, wealthy, single women were expected to remain with their families.  Caroline Bowne, like her ancestors, did not feel obligated to abide by social expectations.

By 1886 the development of the Upper West Side was well under way.  Developers Fonner & Lawther purchased a strip of land on West 71st Street near the Hudson River and set architect Edward L. Angell to work designing four up-to-date residences on the site.  Stretching from No. 274 to 280, they were completed the following year.  The Romanesque Revival houses were designed to flow harmoniously from one to the other; yet each was distinctly different.

Fonner & Lawther took a gamble.  Angell had just established his practice in New York that year.  But the architect’s playful treatment of Queen Anne, Romanesque Revival and other styles would make his mark on the Upper West Side.

Angell sat No. 274 on a rough-cut brownstone base that extended halfway up into the parlor level.  The dogleg stoop was protected by a rather severe stone wall.  The marriage of Romanesque with Queen Anne resulted a distinctive, arched parlor window partly filled with jeweled stained glass; a saw tooth patterned brick panel in the gable, and a hefty carved garland over the doorway.

The house became home to the unmarried Caroline Bowne, daughter of Walter and Eliza R. Bowne.   She lived here, her name appearing in society columns as she sailed to and from Europe and attended social functions, until her sudden death on September 21, 1905.  The house was the scene of her funeral on Saturday two days later.

Caroline Mano purchased Bowne house in 1907, but with no intentions of living here.   She soon leased it to railroad magnate John Philander Hopson and his wife.   On May 1, 1907 the railroad man was appointed superintendent of the New York Division of the New York, New Haven and Hartford Railroad.  This position earned him an office in Grand Central Terminal.

Like all the wives of wealthy New York businessmen, Mrs. Hopson busied herself with entertainments and philanthropies.    Such was the case on March 6, 1915 when she hosted an “auction bridge party” in the house.

By the time the United States entered World War I many of the grand homes of the Upper West Side were being operated as boarding houses.    On April 28, 1919 The Sun reported that Caroline Mano had appointed The Houghton Company as agents for No. 274.  Five months later, on September 17, the newspaper noted that the house was “being altered into small suites.”

Within the year Helen Birch was operating the boarding house which she had leased through the Houghton firm.  Then in August 1920 the 35-year old widow became interested in another house, No. 273 West 73rd Street, also handled by the company.   She later explained that “it was most attractive and she might like to lease it.”

She met Herbert R. Houghton at the house on Thursday August 5 at 5:00.  He showed her through the residence but then, according to the New-York Tribune, “when he had conducted her to a room upstairs, she says, Houghton began violently to protest his love for her.

“Every effort to escape his oration was futile, the widow says, and he became more and more unrestrained in his action.”  The Evening World was even more detailed in its reporting, saying that Houghton “locked her in the bathroom with him.  She fought him, she said, until her neck, arms and legs were bruised and her clothing torn.”

According to The Sun, she escaped through feminine guile.  “Nothing availed to convince him that his suit was as unwelcome as his manner of presenting it.  Mrs. Birch says, but at last she managed to put an end to the situation by promising to meet her rough and importunate wooer last night.”

Instead, once she was out of the grasp of the overly-passionate real estate agent, she called the police.  Well-respected and married with children, Herbert Houghton was indicted on August 24 and was so shaken by the charges that he collapsed.  “Houghton had to be assisted into the automobile which took him to General Sessions,” said the New York Herald the following day. 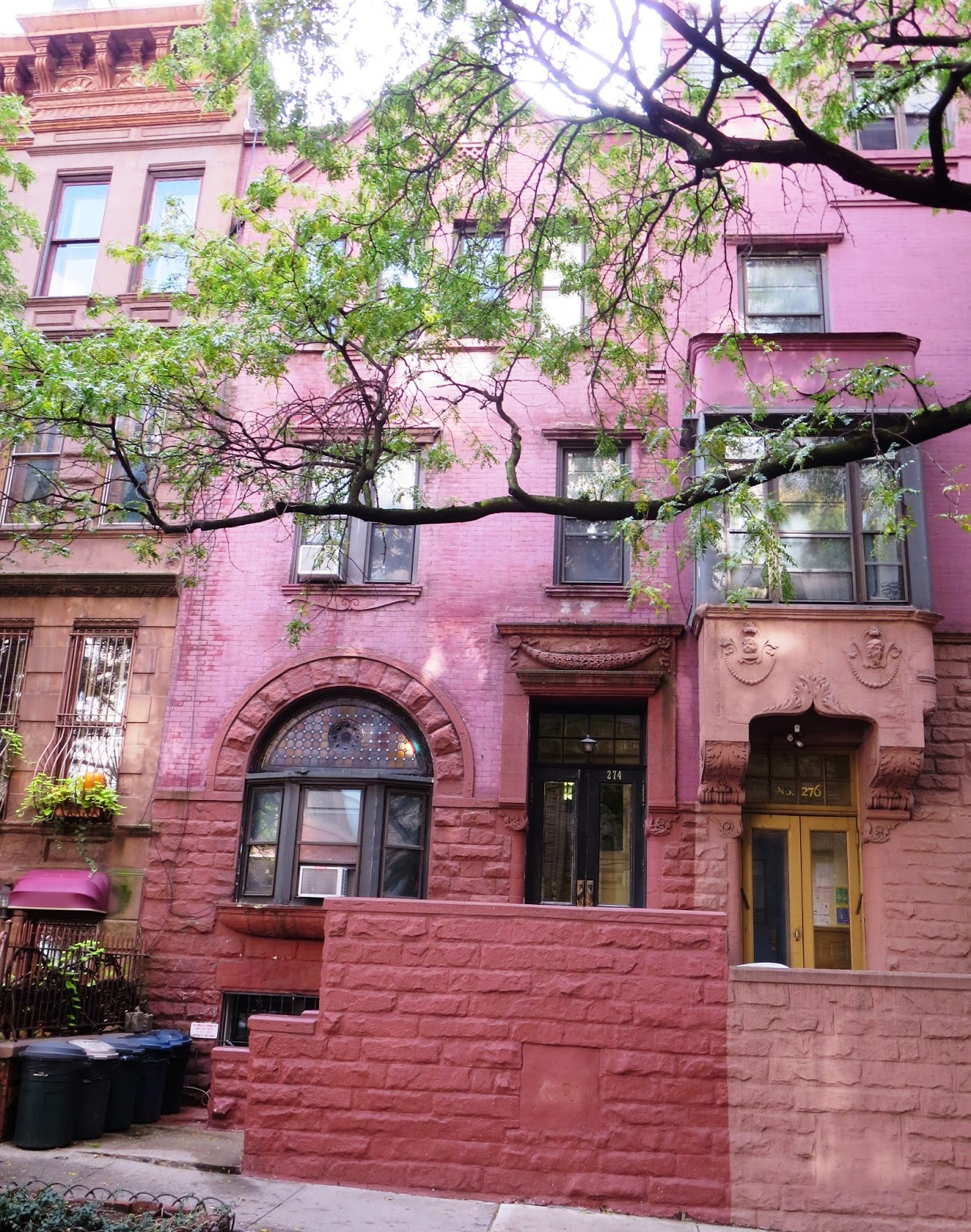 Unlike the East Side, the Upper West Side rarely discriminated against theatrical types.   By 1922 Stanley H. Worthington was operating the boarding house at No. 274 and among his tenants was vaudeville actress Billy Weston.  In August that year Broadway Brevities remarked on Billy’s liberal fascination for men; despite her marriage.  She was in rehearsals for the Greenwich Village Follies when it reported:

“Billy Weston, one of the survivors of the old flagellation club on Ninth avenue, seems to be keeping fairly busy with some of our most representative citizens.  Billy seems to just hop from one infatuation to another—that is, if you want to drop into that kind of terminology.  Hubby took a hand in it the other day, and gave Billy a brand new set of hand-tooled blue prints—you know, the old divorce stuff.”

The following month Billy Weston would end up in the hospital, the victim of an apparent devious assault.   The actress had been seeing a man for several weeks.  They traveled to Saratoga for a week and when they returned, Billy told her landlord they had both lost all their money on the races.

On September 10 Worthington told police “They continued on friendly terms until a few days ago, when they had a quarrel.  She was ill afterwards.”  He said that on Thursday, September 7 the man called to ask how she was “but said that he did not wish to talk to her.”  When Worthington let him know that Billy was sick, he hung up.

When she found out about the call, Billy chided Worthington.  “Why did you let him go?  I’m broke and he promised me money.”

The situation became murkier on Saturday night September 9 at around 11:30.  There was a knock on the apartment door of Mr. and Mrs. Edward Martin of No. 245 West 51st Street.  A man was holding onto Billy Weston and told the Martins she was sick and asked permission for her to rest a while.

“Then he disappeared,” Mrs. Martin told police later.  “We never did succeed in reaching him, although we tried by telephone and messenger.  The young woman became worse and was soon in a very serious condition.  She told us that she had decided to end her life and had taken poison because of the trouble over her divorce proceeding.”

Billy Weston was taken to Bellevue Hospital where she was diagnosed with an overdose of drugs.  A physician told reporters “she tells us she has taken bicholoride of mercury, though we find no indication.  The symptoms of bichloride of mercury poisoning, however, may not develop for three or four days.  If she has taken a dost of this poison, it may result fatally.”

The mysterious man who had dropped off the sick actress was never found.

Within five months of Billy Weston’s hospitalization, in February 1923, Caroline Mano sold what The New York Times was now calling “the three-story private dwelling.”  The newspaper pointed out that “This is the first sale of the property in sixteen years.”  It was assessed at the time at $31,000—in the neighborhood of $400,000 today.

In 1954 the house was converted to apartments—two per floor.   The following decades were less than kind to the old home.  At some point the owners covered the warm contrast of brick and stone with a slathering of purplish paint.  Inside, no trace of architectural details remain.

Nevertheless, the house that a wealthy bachelorette, a railroad tycoon, and a vaudeville actress called home endures as an example of the somewhat quirky residential architecture of the Upper West Side’s late Victorian period.