When Episcopalian Bishop Henry Codman Potter began considering a New York City cathedral in 1887, he wanted one that would outshine the magnificent Roman Catholic St. Patrick’s Cathedral on Fifth Avenue.  Construction on the mammoth structure was begun five years later to designs by Heins and LaFarge.  Nearly a century later, in 1985, the massive Cathedral Church of Saint John: The Great Divine in the City and Diocese of New York was still not completed.


By now the work-in-progress was tied with Liverpool Cathedral for boasting rights as the largest Anglican cathedral and church, and was considered the fourth largest Christian church structure in the world.  The Cathedral of St. John the Divine had established a reputation as an active supporter of the arts and Greg Wyatt, who had graduated from Columbia College and attended the National Academy of Design, had been named sculptor-in-residence.


Now one of Wyatt’s most complex and interesting works would be unveiled in the rolling grounds of the Cathedral.  The Peace Fountain—perhaps more sculpture than fountain—is a 40-foot bronze depiction of the triumph of Good over Evil.  Wyatt combined on a host of allegorical, Biblical and symbolic images into his remarkable work.


Central to the sculpture and message is the Archangel Michael with outspread wings and a down-thrusting sword.  He stands upon a gigantic, flat-shelled crab that represented the origin of life in the sea.  Satan’s defeated body lies on the crab’s spiky shell and his dismembered head dangles from a claw. 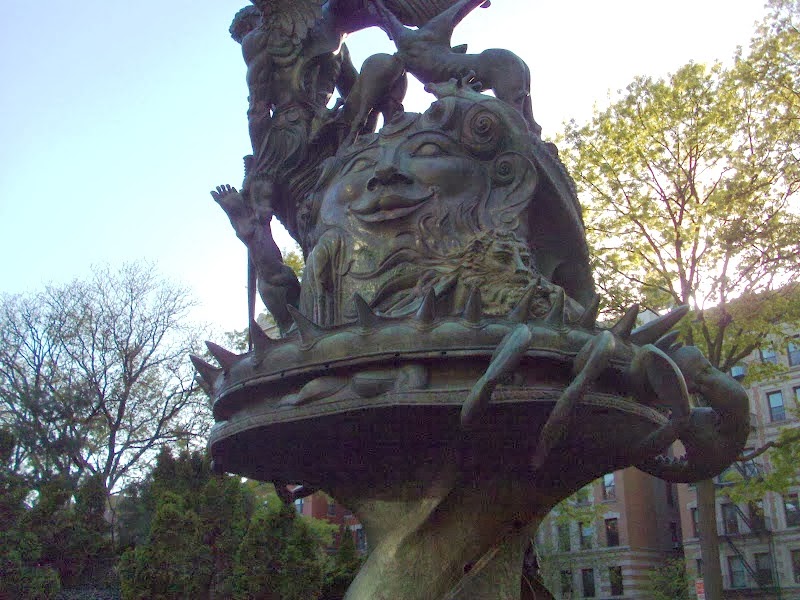 Lightness and Darkness—opposing forces reconciled by God through peace--are symbolized by the sun and moon, back-to-back; and nine giraffes, among the gentler of Earth’s creatures spiral downward.  Nestled by the sun disk, the Isaiah’s Biblical icons of peace, the lion and the lamb, lay together.  The entire work sits upon a twisted base, representative a of DNA strand.


A plaque explains “When the fountain operates, four courses of water cascade down the freedom pedestal into a maelstrom evoking the primordial chaos of Earth.  Foursquare around the base, flames of freedom rise in witness to the future.”


But before the Peace Fountain could be completed, peace had to be made on the Cathedral grounds.  On May 9, 1985 the statue of Michael with his 17-foot wingspan sat on a flatbed truck in preparation for the “topping off” ceremony.  As workers began hoisting the 10,000-pound figure, an angry group of upwards of 30 young people halted the work.  The unemployed protestors demanded work.


“If we don’t work, nobody works!” they chanted.  A spokesman said the group wanted jobs on the site.  In the meantime, the five-ton sculpture swayed overhead from a crane.


It was an ironic protest, considering that the cathedral corporation was highly involved in job placement for the unemployed in the neighborhood.  But the group agreed to disperse after Canon Lloyd S. Casson and Wallace Mathai-Davis, Executive Vice President of the corporation, guaranteed they would provide a job for at least one of the laborers.


The protestors left and the three-hour process of topping off the fountain resumed.


On May 18, 1985, on the 200th anniversary of the Episcopal Diocese of New York, the fountain was dedicated.  Following the impressive anniversary service within the Cathedral, the Bishop led the group of nearly 1,300 worshipers to the Great Lawn for its blessing and dedication.


There was a rather significant complication--water for the fountain.  In 1985 New York City was suffering through a devastating drought.  By New York City mandate, restaurants served water only when customers requested it, automobiles and taxicabs went unwashed, and public fountains were shut off.  The church got a one-day reprieve.


“Because of the dedication,” reported The New York Times, church officials were able to gain a one-day variance from New York City’s water restrictions, which bar public fountains from operation.”


Around the base of the pool were plaques inscribed with images and quotations of renowned promoters of peace; among them Socrates, Alfred Einstein, Mahatma Gandhi, and John Lennon.  There was also a series of small animal sculpture cast in bronze and fashioned by elementary grade students from the New York City and surrounding area public, private and parochial schools (as well as a few from Bermuda, Europe and Colorado).  The group of charming animals, chose during a five-year series of competitions is known as the Children’s Sculpture Garden. 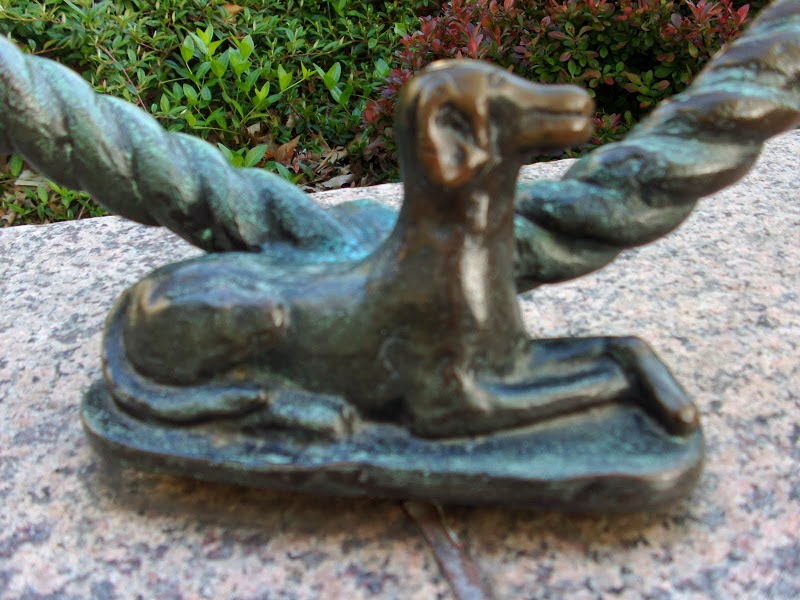 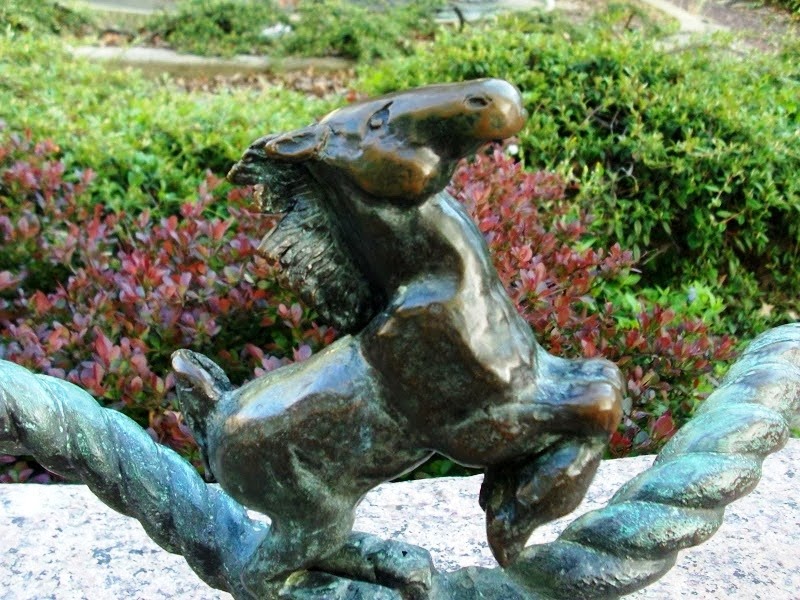 Because of its location on Amsterdam Avenue far north of Midtown, many visitors miss Wyatt’s captivating fountain.  It is worth, however, a special trip.  For as J. W. Ocker said in his The New York Grimpendium: A Guide to Macabre and Ghastly Sites in New York State, “It doesn’t always shoot water, but it’s always eye-magnetic.”