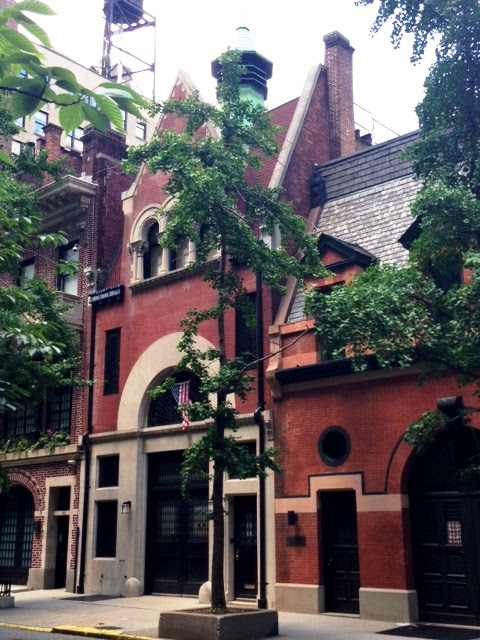 In the last decade of the 19th century grand mansions arose along Fifth Avenue across from Central Park.  Along with the marble or limestone palaces came the need for private stables to house the several vehicles of the millionaires, their horses and their grooms.


The block of East 69th Street between Lexington and Third Avenues was close enough that the wealthy homeowners would not wait long for their carriages; but far enough away that the noise and smells would not intrude on their refined lifestyles.  Little by little the block became lined with handsome carriage houses.  Despite their utilitarian purpose, the private stables of Manhattan’s wealthiest citizens were designed to impress.


Among them was the carriage house of Charles T. Yerkes.  The Chicago financier and street railway tycoon laid plans to move to New York City in 1895.   He began construction of a mansion at No. 864 Fifth Avenue, between 67th and 68th Street which a Chicago newspaper called a “palace.”  Adjoining the house was a connected private art gallery.  Simultaneously his carriage house on East 69th Street began taking form.


Architect Frank Drischler married two stories of hefty Romanesque Revival  with a third floor influenced by Flemish Renaissance to create a picturesque structure.    The no-nonsense stone base supported a stocky arched opening at the second floor.    A peaked gable protruding from the slate-tiled roof was lined with zig-zagging limestone, hinting at the stair-stepped gables of the Dutch.  Above a quaint Romanesque arcade three vents were positioned like dove cotes.  On this level was residential space for Yerkes’s grooms or coachman.  Above it all a copper ventilation tower provided an old-world charm. 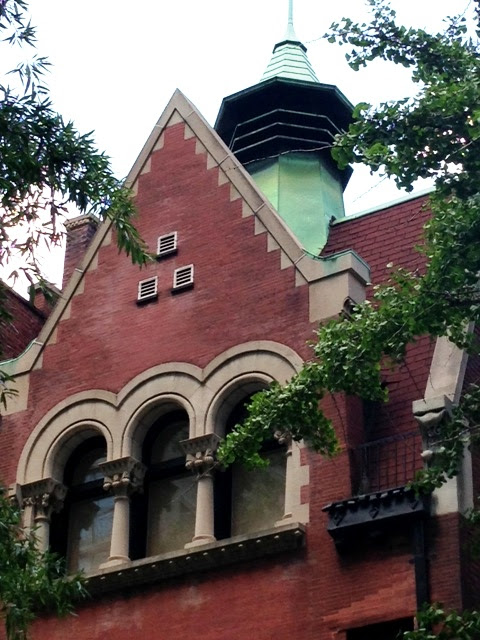 The carriage house was completed in 1896, just in time for Yerkes’ relocation to Manhattan.   On December 28, 1896 a Chicago newspaper reported that “Charles T. Yerkes’s ambitious plan to shake the dust of Chicago off his shoes and go to New York to live seems about to be realized.”


Charles Yerkes died in 1905.  His property, including the Fifth Avenue mansion and the carriage house, were the property of his widow, Mary.    She stayed on in the house for another five years, then in April 1910 offered the mansion, art gallery and carriage house at auction.   The New York Times reported on April 12, 1910 that “The Yerkes stable…was purchased by Robert E. Dowling for $29,600.”


Dowling also purchased the Yerkes art gallery.  His interest in the property was purely as an investment and within the month he resold it to Thomas Fortune Ryan.  Ryan first purchased the gallery, then on May 3, added the carriage house. 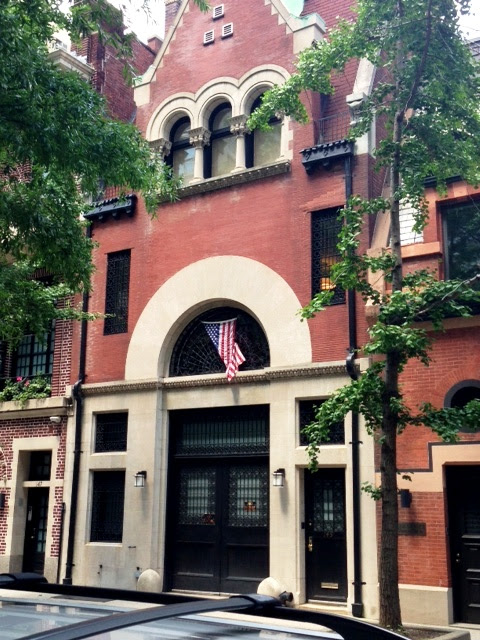 Ryan made his staggering fortune—his estate would be estimated at more than $200 million—in tobacco and transportation.   By this time the modern-thinking Ryan was more interested in motor cars than carriages and he set to work having the Yerkes stables converted to a garage.


Ryan went straight to the top of the architectural heap and hired Carrere & Hastings to do the renovations.   The firm’s masterful New York Public Library was just being completed, and within the past year or two it had designed the Alfred I. DuPont mansion, the Payne Mansion in Espous, New York, and the Administration Building of the Carnegie Institution of Washington.


But for Thomas Fortune Ryan Carrere & Hastings would renovate a garage.   The remodeling cost Ryan $18,400—about $350,000 today.   No noticeable changes were done to Drischler’s exterior design.  The focus of the renovations was the installation of a new interior elevator, boiler, gasoline tanks and pumps.


In 1946, eighteen years after Ryan’s death, builders Sidney and Arthur Diamond purchased the garage.   A year earlier the pair had purchased the double-wide private garage of James A. Stillman further down the block.  The Times reported that “The building originally was the private stables and riding circle of Mr. Stillman, who converted it into a garage where he later kept a collection of automobiles.”


They followed that purchase, the same year, with the acquisition of the former stable of Ernest Iselin.  A pattern was emerging.    By March 27, 1955 with the purchase of the former private garage of Ruth Vanderbilt Twombly, the Diamonds owned the abutting former stables stretching from No. 137 to 161 East 69th Street.


The end of the road for the charming row of former carriage houses seemed inevitable.  The New York Times remarked “The builders are not ready to announce plans for the disposition of the property.  It is quite certain, however, that any improvement planned for the parcel would involve the demolition of the present structures.”


Yet the anticipated demolition did not come about.  In 1956 Photo-Library Galleries moved into the old Yerkes carriage house, along with Pinney Beecher, a commercial photography, art and design firm.   The Photo-Library Galleries staged exhibitions, like the July 1958 “Music In Pictures” show “of more than 500 photographic record album covers;” called by The New York Times “examples of typical work being produced in this fast growing new field.”


Today the handsome carriage house remains a single-family home.  At street level a garage, library and recreation room share the space where Charles Yerkes’s horses and landaus were once housed.