Train Tracks, Cowboys and The Church of the Guardian Angel 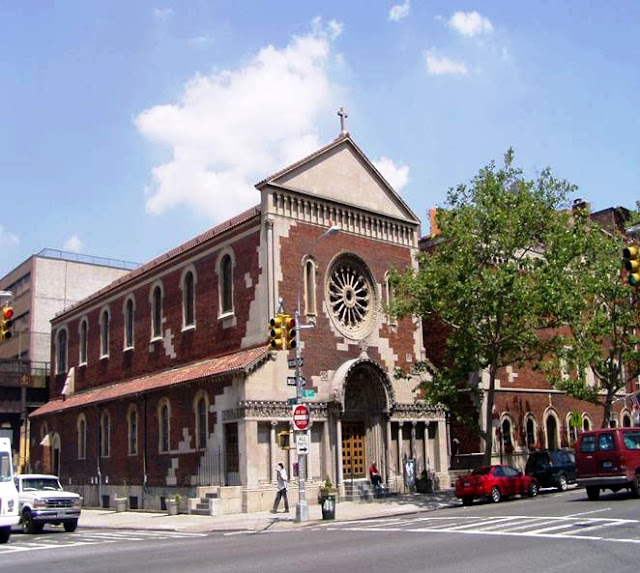 In 1929 the city, the State of New York and the New York Central Railroad agreed that something had to be done. The freight trains that had run up 10th Avenue since the late 1840s caused so many accidents and fatalities that the thoroughfare was termed Death Avenue. “West Side Cowboys,” horsemen with red flags, rode in front of the oncoming trains to warn pedestrians and vehicles. But it wasn’t enough.

It would also eliminate the Church of the Guardian Angel.

Sitting on 23rd Street just east of 10th Avenue, the church was directly in the path of the planned project. Built in 1910 and designed by George H. Streeton, the Roman Catholic church served neighborhood as well as the stevedores and seamen from the piers two blocks away.

The New York Central Railroad, reportedly, paid for the relocation to 193 10th Avenue, two blocks south. John V. Van Pelt was given the commission and his resulting structure is striking. Working in the Southern Sicilian Romanesque style, Van Pelt used the Clunic Abbey of Saint Peter in Moissac, France as his inspirtion.  Using red brick trimmed with limestone, he copiously embellished the exterior with bas reliefs, pillars and a deeply-hooded entrance. A large and complex rose window dominates the 10th Avenue façade.

Inside medieval stone columns and an exposed beamed ceiling add to the early Sicilian flavor of the building. 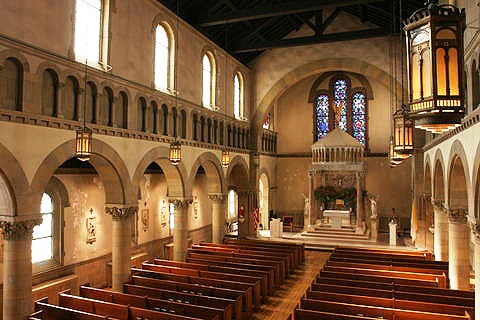 The church was completed in 1930 and dedicated with a pontifical mass on November 8, 1931 celebrated by Cardinal Hayes with the mayor in attendance. Outside the freight trains still rumbled down 10th Avenue, directly in front of the new church. When the elevated tracks – later to be known as the High Line – were completed three years later, they came within mere feet of the chancel windows to the rear of the church.


In 1980 the last freight train, carrying three carloads of frozen turkeys, ran along the High Line behind Guardian Angel. For two decades the tracks would remain abandoned and overgrown before being recycled into a public park which opened in 2009.

Today the piers and stevedores are gone, the clattering trains are a memory, yet the Church of the Guardian Angel continues its work in the much-changed Chelsea neighborhood. Now surrounded by art galleries and cafes, it is a rare example of Sicilian Romanesque architecture and a delightful surprise to High Line visitors. 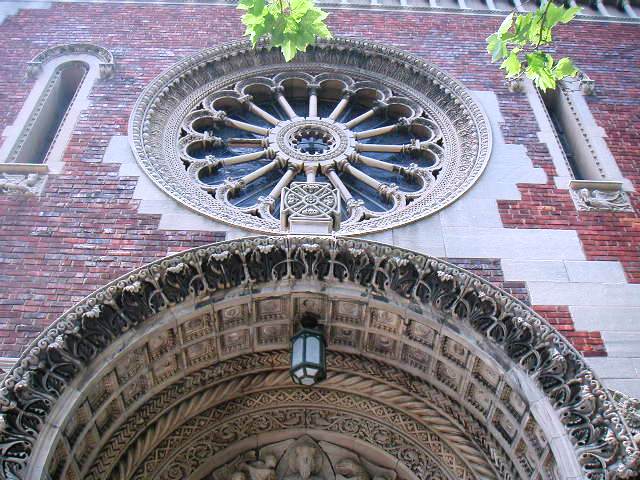 "The Travel Channel" described the church spot-on saying "New Yorkers, numbed by constant grandeur, too often pass architectural gems without noticing. But buildings such as this one deserve attention."
Posted by Tom Miller at 3:55 AM