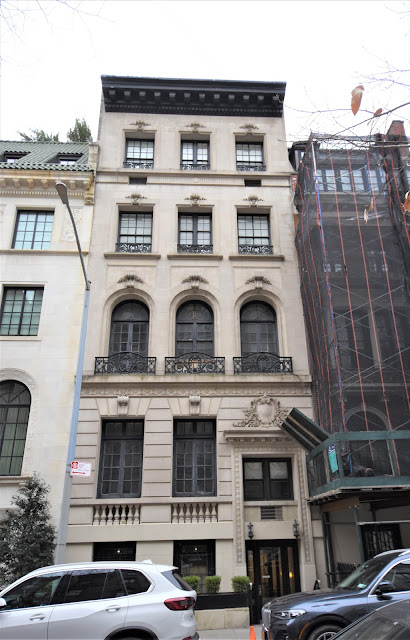 In 1878 architects David and John Jardine designed a row of brownstone-faced residences for developer Edward Kilpatrick on the southern side of East 64th Street between Fifth and Madison Avenues.  The neo-Grec style homes rose four stories above English basements.  No. 18 was purchased by W. W. Johnson, possibly before ground was even broken.
The 25-foot wide house was completed in 1879.  Johnson retained possession only five years, selling it in January 1884 to Charles Minzesheimer for $61,500--around $1.65 million today.
A provisions merchant, he and his wife, the former Clara Hertz, had three sons, Charles, Jr., David and Clarence.  David died three years after the family moved into the 64th Street house.
In 1892 the Minzesheimers started interior renovations to their home.  Things ground to a halt, however, in June when the city's unionized cabinet-makers became embroiled in labor disputes.   The Board of Walking Delegates ordered strikes at three locations throughout the city, including the Minzesheimer house. 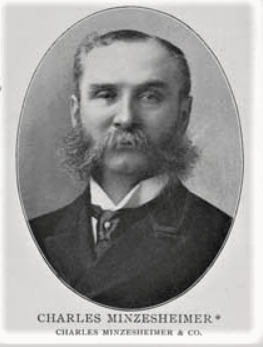 King's Views of the New York Stock Exchange, 1898 (copyright expired)
In January 1897 Minzesheimer partnered with his son Clarence and two others to form Charles Minzesheimer & Company, a commission firm dealing in cotton, coffee, grain and provisions.  Charles, Jr., went on a different career path, going into banking.
The family remained in the house until early 1911.  In March Clarke's Art Rooms advertised for sale the "valuable modern paintings, the collection of Charles Minzesheimer, Esq."
The purchaser of the now architecturally outdated house was Charles Leopold Bernheimer and his wife, Clara L.  The Bernheimers hired the architectural firm of Buchman & Fox to completely renovate the residence.  The stoop was removed and the front pulled slightly forward.  As construction got underway, a frightening accident occurred on June 25, 1911.
Explaining that "the house is being remodeled during the absence of the family," The Brooklyn Daily Eagle reported that the scaffolding in the rear of the house had collapsed, injuring two men, one seriously.  A worker, known only as John, was on the top of the scaffolding when it gave way "with a crash that could be heard for several blocks."
A worker on the ground was hit with several pieces of iron, but not seriously injured.  John, however, "was buried and crushed beneath the mass of metal."  Workmen extricated the unconscious man from the twisted iron and he was transferred to the Presbyterian Hospital with a fractured skull and internal injuries.
Completed in 1912, the remodeled house now wore a chaste limestone neo-French Classic facade.  Oddly enough, the lower floor configuration was not changed, resulting in a step-down to the entrance (at what was formerly the English basement level).
The rusticated second floor, or piano nobile, featured French windows fronted by stone balustrades.  Carved roses spilled from the scrolled keystones above the three sets of arched French windows, fronted by cast iron balconettes, on the floor above.  Smaller versions of the keystones graced the lintels of the upper floors.
Bernheimer was born in 1864 in Germany and arrived in the United States in 1881.  The couple had two daughters, Helen Amalie and Alice Martha.  Living with the family were six live-in maids. 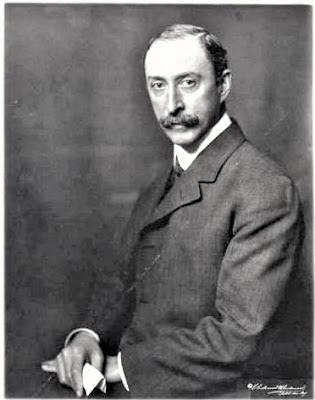 Charles Leopold Bernheimer (original source unknown)
Although he made his fortune in the textile business, Bernheimer had two passions which could not have been more different.  A pioneer in the movement to develop a single procedure to arbitrate industrial disputes, he spent much of his time promoting its advantages.  He was equally--or more--interested in archeology and geology and spent every summer in the Far West.
Bernheimer styled himself the "tenderfoot cliff dweller from Manhattan."  While his wife and daughters summered in comfortable resorts, he annually traveled to the deserts of New Mexico, Utah and Arizona to explore cliff ruins and hunt for dinosaur bones.  The relics he collected are housed in the American Museum of Natural History, the Smithsonian Institution, and the Carnegie Institute. 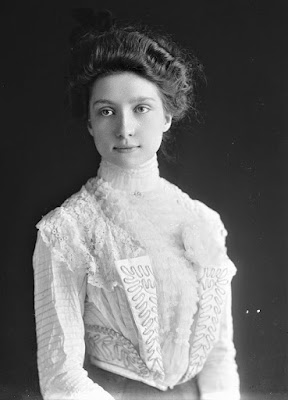 Clara Bernheimer in her younger years.  A natural stone arch in Arizona is named for her.  from the collection of the Library of Congress
On the afternoon of June 11, 1922 Clara ventured out into what the Yonkers Statesman's headline called the "Worst Storm In Years."  She would have been well to stay home, for she narrowly escaped serious injury.  The newspaper reported that the Bernheimer's Packard touring car was on North Broadway at around 5:15 when the roof of the First Presbyterian Church was blown off.  It "closed down upon the occupants of the car, Mrs. Bernheimer and the chauffeur, Frank Akison, and police assistance was necessary in freeing them."  Although the chauffeur suffered cuts on his hands, Clara escaped uninjured. 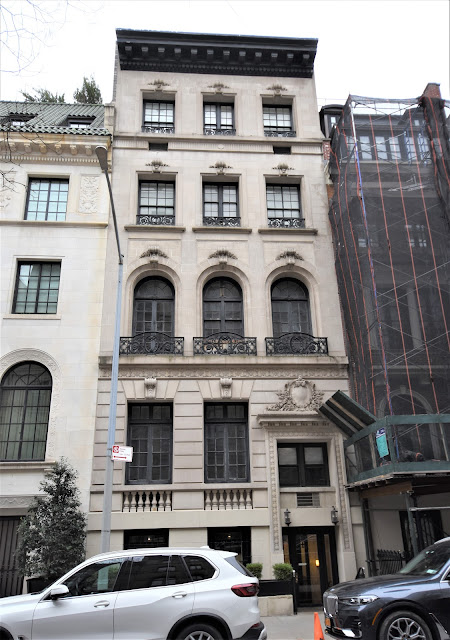 The Bernheimers left the East 64th Street by the early 1930's.  It was briefly operated as uncertified apartments until officially being converted to furnished rooms in 1938.  Another renovation completed in 1943 resulted in a combination of five apartments and fifteen furnished rooms.  That configuration lasted until 1963 when the house was converted to all apartments.   Asian art gallery Dai Ichi Arts operates from the ground floor today.
photographs by the author
Posted by Tom Miller at 1:42 AM