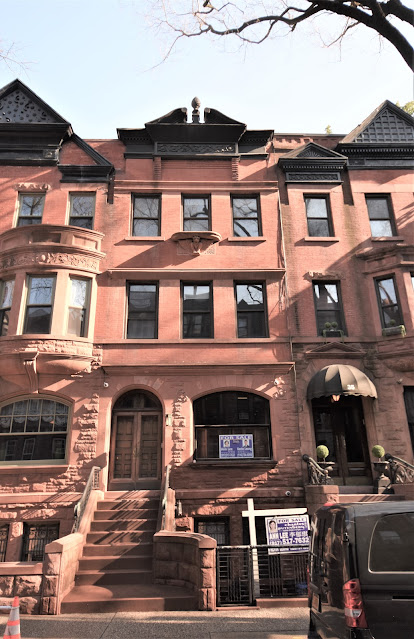 Jessie Reynolds made a name for herself in New York City's male-dominated real estate field in the 1880's.  Focusing mostly on the developing Upper West Side, she bought and sold properties and was responsible for the construction of rows of homes.  In 1886 she hired architect W. Holman Smith to design six residences on the north side of West 94th Street, between Central Park West and Columbus Avenue.  His plans, filed in September, projected the cost of construction at $14,000 each, or about $392.000 today.

The 18-foot wide Queen Anne style homes, completed in 1887, were configured in a balanced A-B-C-C-B-A pattern.  No. 37 was one of the B models.  The basement and parlor levels were clad in rough-cut brownstone, while the upper floors were faced in red brick. 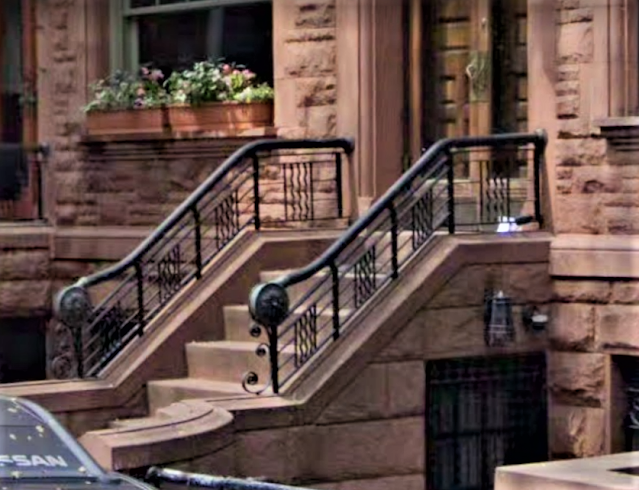 The double-doored entrance sat within an arched opening, and a vast window flooded the parlor with sunlight.  Even more eye-catching than the pressed metal cornice with its bold swan's neck pediment and finial was the decorative ledge under the center top floor window.  Its carved support took the form of a fearsome winged demon. 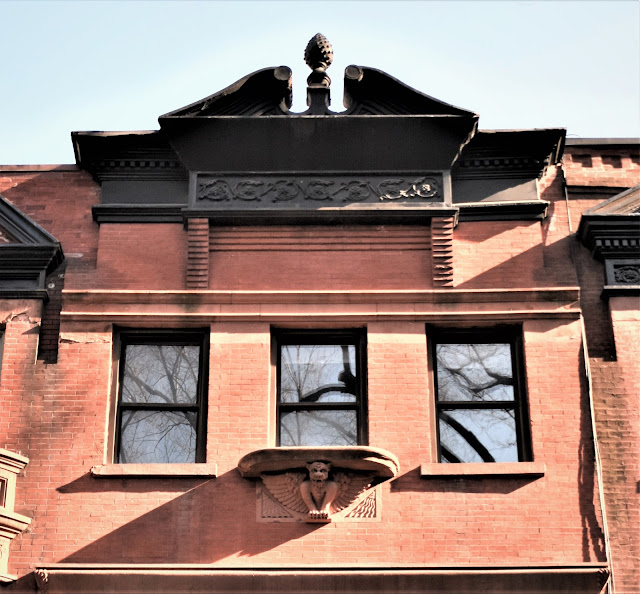 The house became home to the Kinnier family.  Like all families along the block they maintained a domestic staff, among whom was Dora Wichers.  The city suffered a stifling heat wave in September 1897, prompting The Brooklyn Daily Eagle to entitle an article "Hottest Sept. 11 Since 1874."  Nearly a century before air conditioning and electric fans, conditions were especially distressing for servants who toiled in the kitchens.  In reporting on the heat the article noted that Dora Wichers had been overcome and hospitalized.
Elizabeth Bryan Kinnier died at the age of 46 in November 1902.  The house was sold to Royal E. Deane and his wife, the former Elizabeth Stuart, on July 2, 1907.
Deane was the president of the Bramhall Deane Company, manufacturer of kitchen ranges and heating and ventilating apparatus.  Born in Rockingham, Vermont in 1830, according to The Great Sound Money Parade, "At the age of thirteen he entered the trade of tin plate and sheet iron workers."
Just four months after moving into the 94th Street house, Deane died at the age of 77.  The Metal Worker, Plumber and Steam Fitter noted that he "was a member of the New England Society and other clubs."
Deane left the bulk of his estate of Elizabeth, whose granddaughter, Marguerite E. Deane, threatened to contest the will.  The women seem to have initially come to an agreement, but on March 19, 1913 The Sun reported that Marguerite had filed suit "to compel her grandmother, Elizabeth Stuart Deane, of 37 West Ninety-fourth street, to pay her $125 a month for life."  The amount would equal about $3,300 a month today.
Elizabeth remained at No. 37 until October 1919 when she sold it to Allen and Sarah N. M. Linn.  Linn was a silk manufacturer and he and Sarah had three children, Kenneth A., Helen L., and Betty.
The Linns appeared in society columns over the years, but in 1930 Betty took the spotlight.  As Barnard College's school year drew to a close, The New York Sun noted that "Miss Betty Linn of New York is president of the senior class."  More importantly, on June 2 the newspaper reported that at graduation exercises, "Acting-Dean George W. Mullins will speak, as will also Miss Betty Linn, salutatorian." 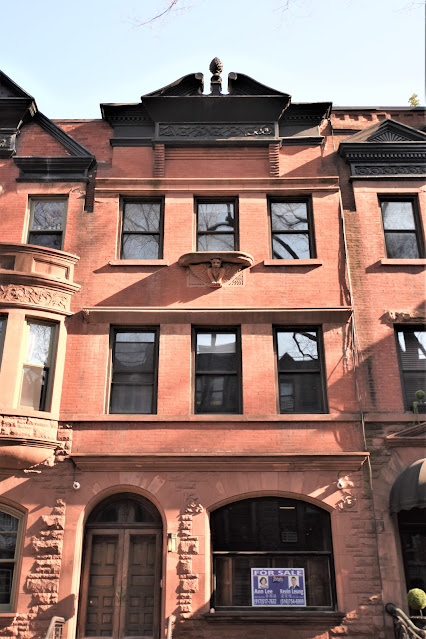 Allen Linn died in 1943.  Sarah remained in the house for five years, moving to New Jersey in 1947.  Against all odds No. 37 West 94th Street was never converted to apartments and is still a private residence.  Because of that much of W. Holman Smith's wonderful Queen Anne interior elements survive. 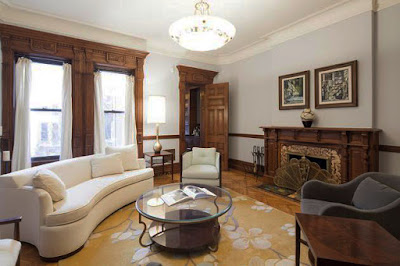 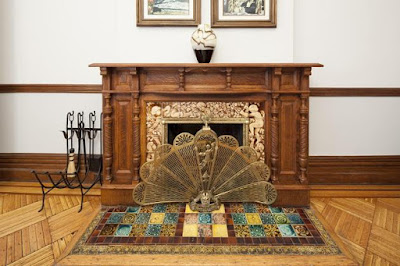 Original woodwork survives (top).  Colorful glazed tiles create a hearth for the parlor fireplace.  photos via StreetEasy.com
non-credited photographs by the author
Posted by Tom Miller at 1:18 AM