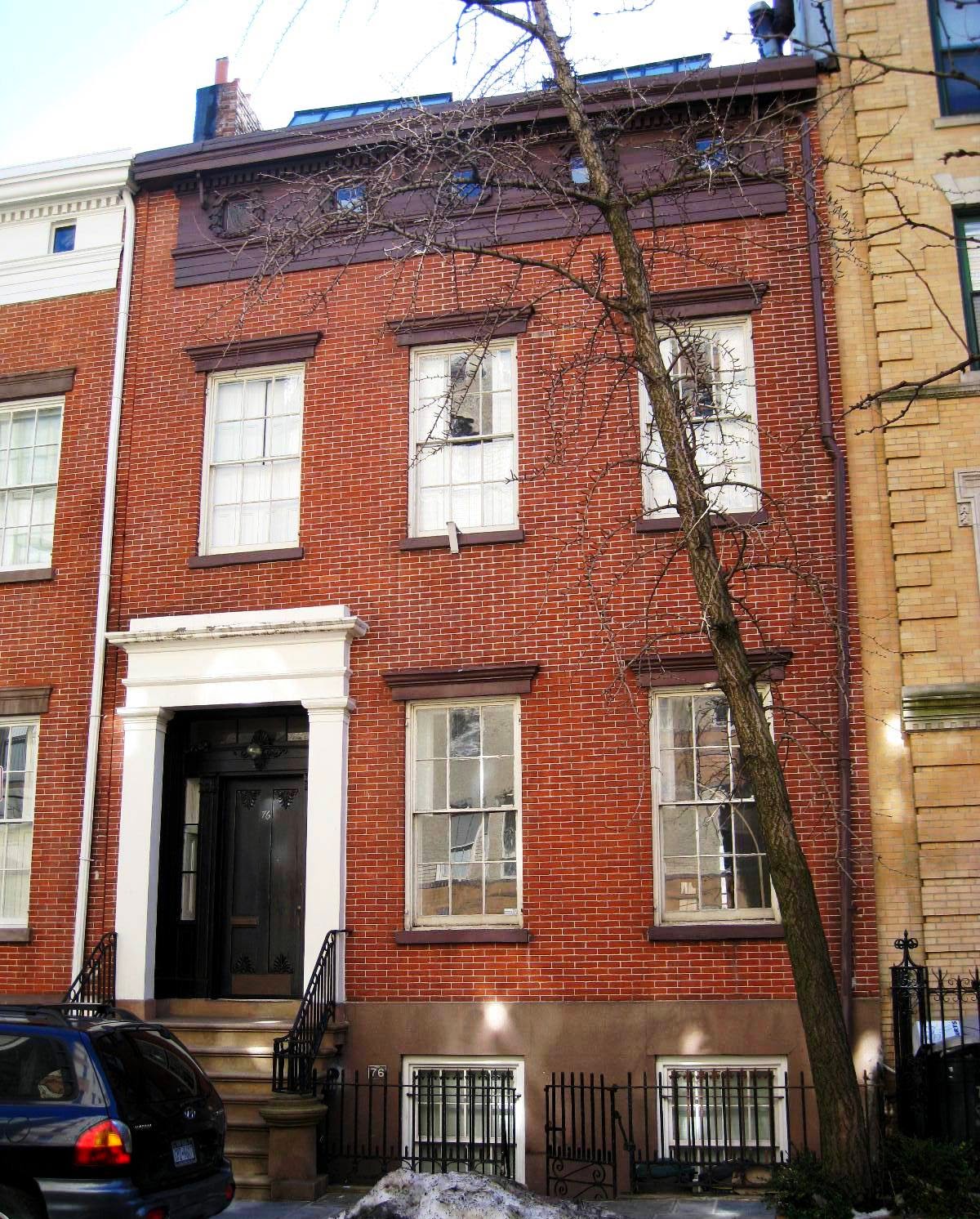 In the 1830s and ‘40s Andrew Lockwood was a busy man.  The builder operated his business, Lockwood & Company, from 17 10th Street and erected rows of speculative houses in Greenwich Village.  Among his projects were four fine residences—70 through 76 Bank Street—to be built on the four plots he purchased in 1835.

The fashionable house at 76 Bank Street was sold to pharmacist William Burrell.  It is unclear how long the Burrell family lived here.


In 1855, a carpenter named Henry Springsteen lived nearby at 83 Perry Street.  Like many young men, he volunteered as a firefighter in his spare time.  He worked out of Guardian Engine Company at 29 Amos Street (later renamed West 10th Street), almost directly across the street from Andrew Lockwood’s shop.


By 1878 the Springsteen family had moved into 76 Bank Street.  Henry was earning $100.92 a month as a firefighter—an annual salary of about $30,000 today.  Raises in the Fire Department did not come quickly, it would appear, for in 1883 he was still earning the same amount.  Henry was now assigned to Engine Company No. 19 at 355 West 25th Street.


No. 76 Bank Street was sold at auction on March 3, 1910 and became home to Henry Glauder.  The family would not live here long; Glauder had died by 1915 when his heirs sold the house to Jacinto Costa.  The Cuban-born Costa was a principal in the J. Costa & Co. importing company which brought Cuban tobacco to New York.


Cheever married in 1941 and left 76 Bank Street.  The following year the house was converted to apartments—a duplex in the basement and parlor floor, and two apartments on each floor above.  The spacious duplex was divided into two separate apartments in 1955.