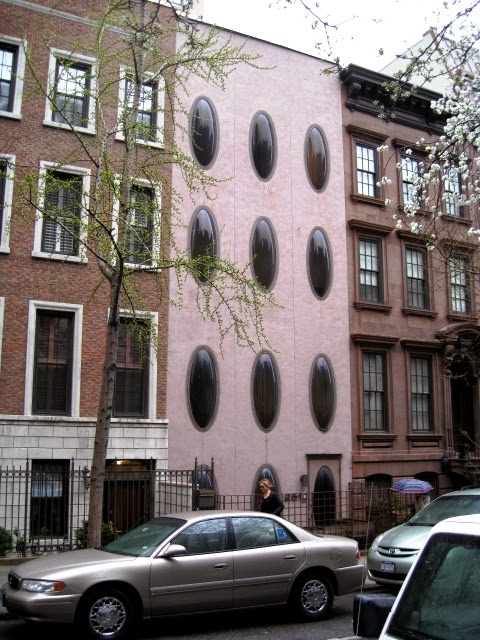 In the 1860s the block of East 71st Street between Third and Second Avenues saw the rise of speculative brownstone-fronted homes.  Three bays wide and sporting elaborately-carved entrances; the homes were intended for respectable middle to upper-middle class families.  At the time the neighborhood was slightly marginal—sitting only a few blocks from the gritty district near the East River that one newspaper deemed “a colony of laborers.”  The homes, while comfortable and attractive, were little different than hundreds of brownstone dwellings being thrown up throughout the expanding city.  It would be a full century before No. 251 East 71st Street could be termed “remarkable.”

But before that day would come, the residence was home to a string of equally unremarkable owners who spent their lives modestly and quietly.  The Rev. William G. French was the first owner.  In 1865 he was a member of the New York Protestant Episcopal City Mission Society and worked as a missionary on Blackwell’s Island.  His would have been an unglamorous position.

Blackwell’s Island was the site of the Small Pox Hospital and the Workhouse and the Charity Hospital.  French would have worked with the most indigent, criminal and diseased elements of New York society—few of whom one may imagine, were eager to receive his religious outreach.  By 1880 he would obtain the position of Chaplain of the Workhouse.

But by now the house on East 71st Street had become home to the Chapman family.  The unmarried Ellen L. Chapman taught in the Girls’ Department of Grammar School No. 7 far downtown at No. 60 Chrystie Street for years.   The house continued to change hands somewhat rapidly.  In the 1890s it was home to James B. Smith, an art enthusiast; and at the turn of the century William E. Schastey and his family lived here.

Schastey lived in the house with his wife and child.  He was in the building business “in which he was prominently known,” according to The New York Times.  But it was his military record for which Schastey was best known and respected.  For years he was a member of the elite Seventh Regiment, popularly known as the “Silk Stocking Regiment” because it attracted the sons of New York’s millionaires in the mid-1800s.  He was first lieutenant when the Spanish-American War erupted; and was captain of Company G of the 201st New York Volunteer Infantry when the regiment was mustered out of service in 1899.

On Wednesday September 29, 1909 William E. Schastey was in Norfolk, Virginia when he was stricken with “acute indigestion.”  The 39-year old contractor died within hours.  His body was brought back to New York and the funeral was held in the house on 71st Street the following Saturday morning.

The dwelling was purchased soon after by Wilhelmina Miller.  The widow of Erhardt Miller, she owned other property in Manhattan and received her husband’s pension--$8.00 per month—earned through his service in the artillery company of the 65th Regiment.

By the 1920s and ‘30s it appears the old Victorian house was being operated as a rather upscale rooming house.  Josephine Lucille Zrust lived here in 1922 while she did graduate work at Columbia University’s department of sociology.  The Department of Buildings apparently caught up with the owners in 1937 when the building received a “multiple dwelling violation.”

In 1961 the house was formally converted to apartments—one per floor.  But it would be a short-lived renovation.  In 1969 the old brownstone was razed to be replaced by an ultra-modern townhouse that epitomized the 60s.  Designed by architect Maurice Medcalfe of the architectural firm Hills & Medcalfe at No. 36 East 57th Street, it captured the Space Age in mortar and glass.  Completed the same year that the astronauts walked on the moon, its minimal design relied on a stark flat surface broken by regimented rows of bulging oval glass windows.  It was Barbarella Meets the Upper East Side. 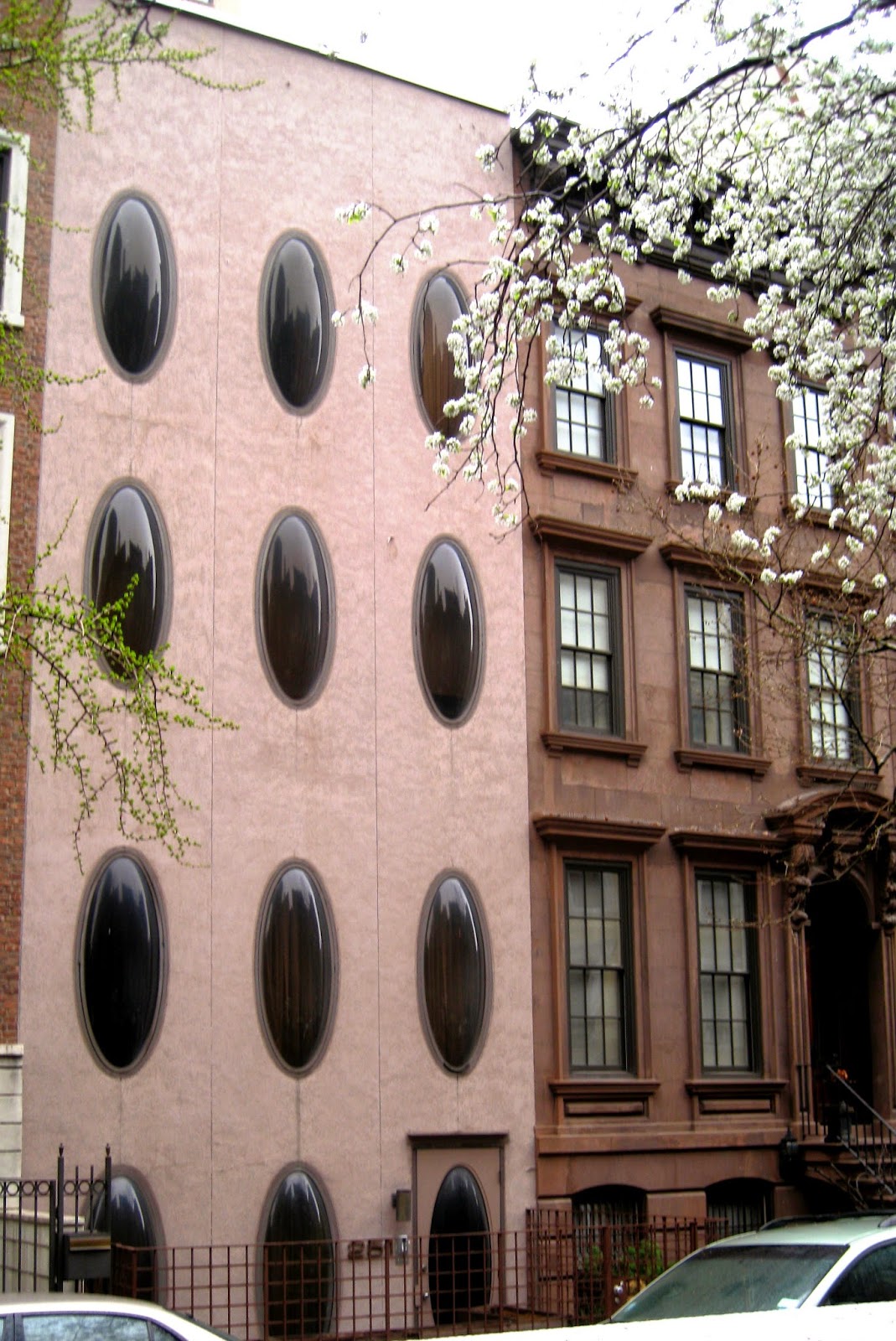 The vicious contrast between what was quickly termed the “Bubble House” and the staid architecture of the rest of the block resulted in immediate and unbridled opinion.  The New York Times diplomatically called the swelling portholes “An interesting variation of the bay window.”  The AIA Guide to New York City accused the house of being an excellent argument for the extension of historic districts.

For many years the Donna Schneier Fine Arts gallery was located in the lowest floor of the building.  Nearly half a century after its construction, the structure’s period design continues to shock the casual passerby.  And the address which for a century was unremarkable is quite remarkable today.